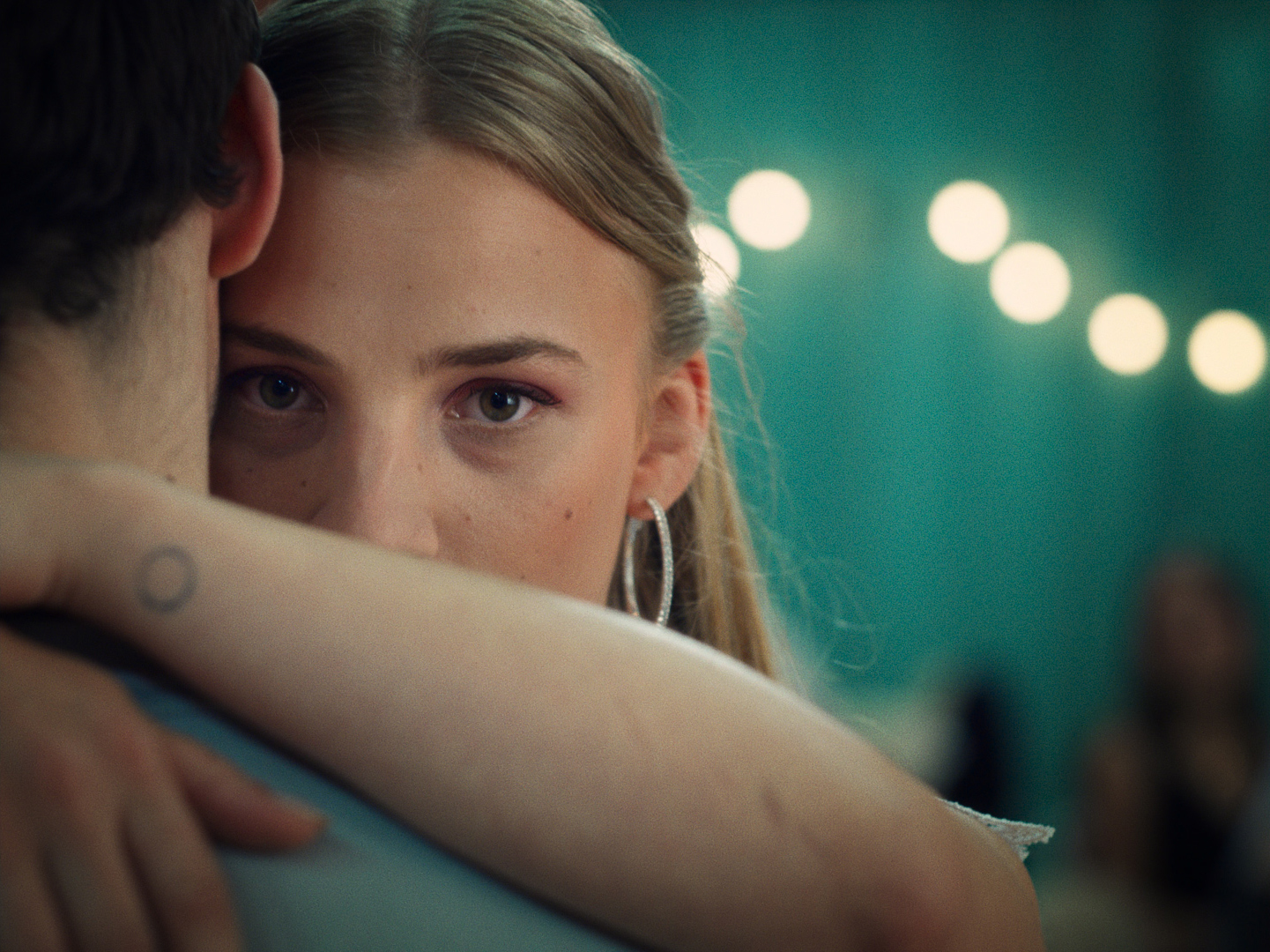 Los Angeles, California (The Hollywood Times) 09/04/2020 – Director/Producer/Editor Thomas Vernay directed his first short film Dryad in 2015. The film screened in competition at the SITGES Fantastic Film Festival in 2016, was selected for more than 70 festivals and went on to win 15 awards. After directing multi-awarded music videos, he went on to direct his second short film Miss Chazelles, a film that questions social and sentimental determinism. He is currently writing his first feature produced by Qui Vive (Who produced Pile Poil, which won a 2020 Cesar for Best Short Film). The feature is inspired by Miss Chazelles.

Your short film, “Dryad,” was selected for more than 70 festivals and went on to win 15 awards. Share your experience with the film.

It’s a fantasy short film I made when I was 30. It was an urgent and brutal gesture. Of course, nobody wanted this scenario which fits on 3 pages. I wanted to make a sensory, visual film, based on a strong symbolism. I’m talking about the relationship between humans and nature, how humanity has always destroyed nature. The film is cut in two parts of the same length, one black, the other white, like yin and yang. A balance. In the end, it’s a bit of a love story between man and nature. The film is rather hermetic because you don’t understand everything at first sight, but I felt during the screenings that the audience had entered this particular universe. Their senses had been put to use.

I made this film with my own money. In the end, it was a bad idea to start with a genre short film. It wasn’t profitable at all. But I’m still very proud to have produced and directed it. It was a hard and intense first experience, but the result allowed me to start making music videos.

You have directed multi-awarded music videos. What do you enjoy most?

The music video is a real work on the image / sound relationship, and it’s something that I really like. In fact, it’s often the editing that I prefer on a project. When everything fits together.

Your new film, “Miss Chazelles” is a tale of a rivalry between two beauty queens and their families. What inspired you to take on this project?

Chazelles-Sur-Lyon is the village of my childhood. The characters in the film are entirely inspired by people I know. They are all based on real-life, although inevitably slightly romanticized. I recall groups of boys standing around on the square, making so much noise with their motocross bikes.

Miss Chazelles is inspired by tales of princes and princesses. I wanted to completely distort their sexist codes and give substance to a reading focused on female identity. Every detail of a medieval tale is present: The princess dress, the “prince” – who is a woman – the knight’s sword, the standard, and the motorcycles which represent the steeds. We also find the castle ball – where the princess exchanges a look with the “prince.” The famous image of a dragon is embodied by the father, whilst the two twins are entirely inspired by Disney movies – looking at the absurdity and surrealism of physical resemblance. Megan Northam inspired me a lot during the writing. It is an ode to their face, gaze, and movements. 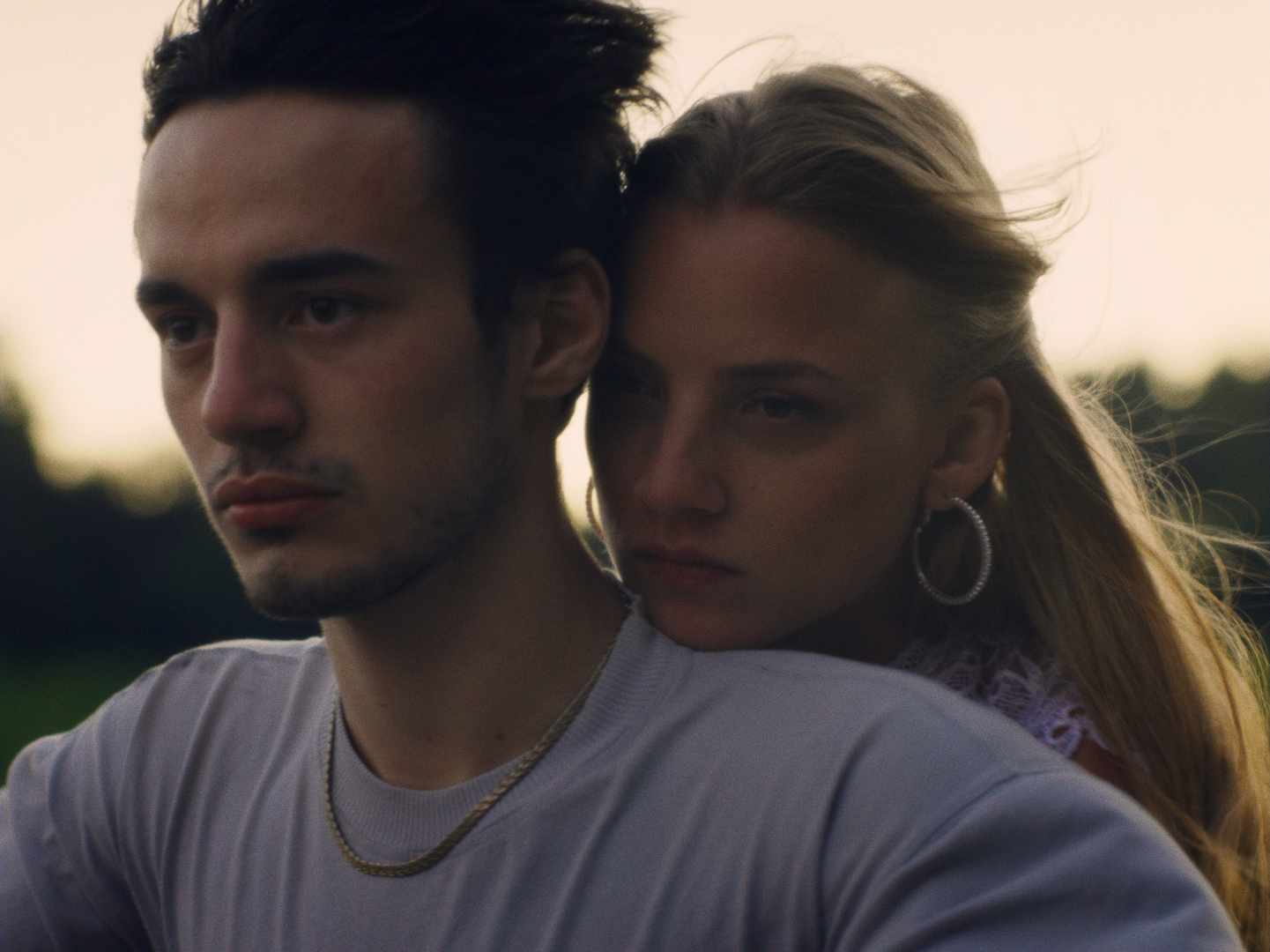 How does the film question social and sentimental determinism?

When you spent a lot of time somewhere in your youth, that place stays with you, it’s your roots. There is a real social determinism. You don’t have the same chances depending on where you come from. You don’t have the same access to culture, the same access to dreams. Many people give up before even imagining that it is possible. As for sentimental determinism, it is also constantly present. Homosexuality, the relationship to gender, is still something complicated for many people. When you’re surrounded by people who don’t understand, who don’t even think it’s possible, you condition yourself to be like them and you forget your own desires.

I especially wanted to bring up to what point it is difficult for a girl to make her own choices, and to live differently without obstacles. During the film, Clara is constantly directed by men, every decision is made for her, she is dragged from one place to another, and the only choice she makes for herself, the true passion that inhabits her, creates a monumental quake.

Do you have a favorite scene?

I’m in love with the slow scene at the ball. That is exactly what I had in my head. You know everything at this moment. As they cannot express what they think, everything passes through the eyes. It is both sad and strong. they would give everything to have just one dance together in front of the others. To be able to take full responsibility.

Nicolas is a damn good cinematographer. We have the same sensitivity and he understands very quickly what I want. He is also the cameraman. This is funny because at the beginning he didn’t realize that I wanted to be very close to Megan’s face. I used to say “closer… closer” a lot. It’s true that at some point you wonder why you have so many sets and characters if you never see them… But sometimes I think I should have been even tighter on his face. He’s a very talented person, he has my full trust and I can’t wait to work again with him.

I’m working on my third short film. This is about the necessity of female solidarity in the face of this male domination. How do we deal with toxic masculinity? How do we change things? The idea of sisterhood is one of the solutions if you ask me. I am also co-writing a feature film with Nour Ben Salem, inspired by Miss Chazelles. It was the production company Qui Vive! that proposed the project to me. I hope we’ll be able to see it through to the end.