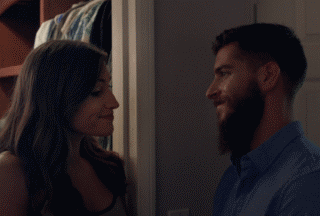 A film by Kari Alison Hodge and Jane Clark 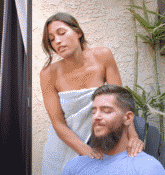 “A witty and fun little short film that makes you think about more about being you and the ability to be free with yourself and your relationships.”

Ever have half of your guests cancel on your dinner party and the ones that do show up think you’re trying to swing with them? Yeah, they’re right!

Jane is a storyteller. Through her company, FilmMcQueen, she has brought numerous shorts and 3 feature films to life, winning 18 awards and another 8 nominations by envisioning strong characters in visceral environments. She has worked in film with actors such as Lukas Haas, David Arquette, Candis Cayne, Wilson Cruz, Theo Rossi and Necar Zadigan, as well as Emmy-winning sound wizard, Andy D’Addario (“Mozart in the Jungle”), Emmy award-winning DP Per Larsson (“The Amazing Race”) and musician Curt Smith (co-founder of Tears for Fears). Jane focuses on character exploration and tells stories that move audiences to laughter and tears by revealing shades of gray beneath a surface of black or white. In 2017 she ventured into VR with a narrative horror short based on her feature “Don’t Come Over”, co-written with Guinevere Turner (“American Psycho” and the upcoming “Manson Girls”) and onto the small screen with a web-series incarnation of her “Crazy Bitches” franchise.

Jess and Fi come home from grocery shopping. Jess asks about the Phi’s date the other night. It was great with the details left out to tease you. Jess is anxious to meet her, but Phi is holding back because of what she saw in the living room of her date:  A full on shrine to Katie Perry as Phi describes it.  Later the next day, there’s a playfulness in the kitchen while getting ready for the evening’s dinner party.

Jeremy and Alexis are getting ready to go out to meet Phi and Jess as the evening was originally for a dinner for eight, well, not happening. Text: Tyler cancelled! Dinner for six not happening. Another cancellation.

Jeremy and Alexis and Phi and Jess are all at the table for dinner.  The word gets out and there’s laughter!  It’s “just” a dinner party, Jess exclaims! Then the discussions turns to open, polyamorous, and multi-sexual relationships. Jess wants her dream to come true and she wants Phi to ‘plant the seed’ so to speak!

Ah, a fire, wine after dinner, and Jeremy and Alexis outside coming to grips with a bad time in their lives and was now a great time to come up with such a wild idea?  Again, the question comes to mind, as I’ve seen from many other Outfest films: “Who are you?” There’s tension between Alexis and Jeremy but hey, dessert time. Tension removed! Alexis and Phi are having a great time just talking when Jeremy blurts out the unexpected.

This is a wonderful film about four people who are just wanting to explore their desires and dreams. What I see in Jeremy is a man who’s having issues with Alexis and her past experiences, Jeremy and Alexis coming to grips with a loss, and well, Jeremy, but it’s more than that. On the other hand, Phi and Jess are just there to have fun and be open about their sexuality, giving each other room to grow beyond the limits of an otherwise “normal” relationship. Yes, I purposely misspelled “normal” because would some please define “NORMAL?” 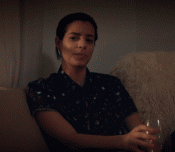 Hell, I’m not normal, I’m bisexual and don’t mind saying that for the first time publicly. Why? because its who I am. Let me tell you a secret about “who are you.”  You see, for the longest time, I wish I was a ‘woman’ so I can be with a woman.  Does that make sense? No, I don’t believe I’m in the wrong body, but perhaps, the wrong time or in the wrong life.  Kari has written a witty and brilliant film and with each Outfest film I see, the easier it is for me to “come out.”  I’m afraid, but not, shy and subdued and yet, I don’t care anymore. Kari has helped me do this and for me, she’s a newfound friend for which I’m grateful to have in my life.

This experience during Outfest really helps me to identify with “me!” There’s nothing normal about ME. As with this brilliant film, Kari has shown and explained through Jess, how open relationships are not only great, but they help the people in them become more attune to who they truly are!  Let’s look at the two relationships shall we? Jess and Phi and Jeremy and Alexis.  Which would have a more solid “Yin and Yang?” To know that you need to know what Yin and Yang is.

I know this is a review, but this is what I got from watching Kari’s film:

1 The idea (of Yin and Yang) is that the world is composed of activities of yin and yang forces which systematically form world-situations in which we find ourselves. This understanding has the potentiality for explaining all things in their formation and transformation…One observes that changes in the world always take the form of one yin and one yang in a relation of reciprocity and resonance…many other qualities of things could be intuitively and generally identified as yin and yang as extended qualities of the one or the other…Gang-rou (hardness and softness) and dong-jing (motion and rest), whereas the three pairs could further lead to more complex notions of yin-yang in concrete things and concrete situations such as Heaven and Earth, male and female, the individual and society, power and virtue, creativity and receptivity, being and non-being.

I believe that Jess and Phi have a more balanced and free relationship as opposed to Jeremy and Alexis who are still, evolving.  Watch Dinner for Four and see for yourself how you may actually “fit in” and see who you truly are or better yet, who you truly can be!

1 Reference from a paper by Zhang Shoudong (Associate Professor of Law at China University of Political Science and Law) about Supreme Court Justice Kennedy’s opinion on Confucius and Gay Marriage.  https://law.pepperdine.edu/nootbaar-institute/annual-conference/content/shoudong-zhang.pdf – pp 6.