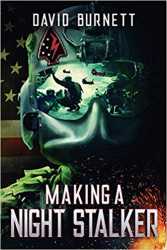 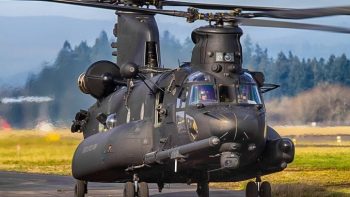 Hollywood, CA (The Hollywood Times) 4/19/19 – David Burnett has put together a compelling and personal military story about the U.S. Army’s special ops unit as he details becoming a member of this elite helicopter aviation unit – The Nightstalkers. In Making A Nightstalker, Burnett’s honesty about the behind-the-scenes accounts of what his life was like before, during and after the service makes for a compelling if uncomfortable read. He discusses suicidal ideations he had as well as takes us aboard the distinctive black MH-47G Chinook special operations helicopter with The Nightstalkers having the distinction of being the only unit in the world to operate them. Suicide is not an uncommon topic (or thoughts of) for service members in assimilating back into civilian life. Killing for profit, cause or both comes with an enormous price to be paid for the men and women in the military as well as the lives lost whether it be us or victims of war.

Burnett’s book is both personal and historical as he is in the military during the Global war on terror first as a part of the regular aviation unit before he transitions to the secretive and dangerous Nightstalker squad known as Special Operations Aviation Regiment (SOAR).

A book that was 4 years in the making with redacted passages from the government so he could be cleared for publishing is an accomplishment in itself. When it comes to rewriting or writing history and the government is involved – how much is left out lingers in the reader’s mind.

For those who love war stories, helicopters, aviation or the military in general – this book will satisfy. A well done first book for David Burnett.

Books can be found on Amazon or at Barnes and Noble book stores.

More information on David Burnett can be found at www.makinganightstalker.com