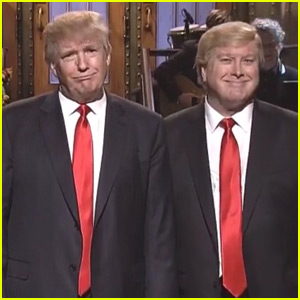 North California, CA (The Hollywood Times) 10/15/19 – You know him as Bill Clinton, Donald Trump, Dick Cheney, Sean Connery… the brilliant impressionist Darrell Hammond played them and a hundred more on Saturday Night Live from 1995 to 2009, the longest-running cast member until finally overtaken by Kenan Thompson. What you didn’t see broadcast on NBC was the time they hauled him off the set in a straightjacket, or the nights when the self-inflicted cuts on his arm bled into his costume. 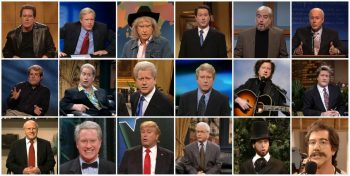 “He had been misdiagnosed by 40 different doctors, with schizophrenia and bipolar and manic depression and every mental illness under the sun,” says documentarian Michelle Esrick. After one suicide attempt, he was labeled MPD: Multiple Personality Disorder, somewhat ironic for the celebrity chameleon. 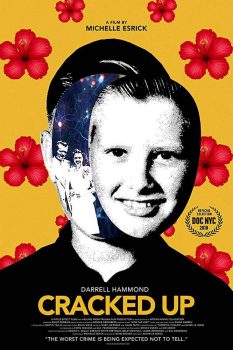 “It was the moment he used the term ‘mental injury,’ rather than ‘mental illness,’ that made me begin my research,” says Esrick.

Erick – a filmmaker, not a psychotherapist – spent 6 years working with Hammond on Cracked Up, which attempts to unravel the trauma that led to a lifetime of drugs, alcohol, and despair. While the solution to the mystery is pretty obvious moments after the opening credits, when Hammond visits his childhood home in Melbourne, Florida, his personal journey to that reckoning is comic and tragic in turns. On the light side are sketches from SNL and stand-up routines from Caroline’s Comedy Club, but there’s also a talk he gave to mental health clinicians which reduces him (and some in the audience) to tears. We see him in rehearsal for his one-man show – the man is a workhorse – and hear from his childhood best friend, his boss (SNL’s Lorne Michaels) and even his therapist. It is a more intimate portrait than most celebrities could bear (or bare, for that matter.)

“This film is for everyone,” says Esrick. “We either have trauma ourselves, or know somebody who has trauma. When you hear someone say they aren’t comfortable in their own skin, that’s because of a disregulated system — developmental trauma brain. It’s the root cause of addiction and it is biological, not emotional. We made this film to help people understand that.” 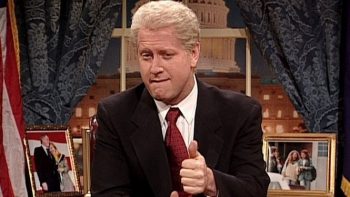 It’s a balancing act to combine psychotherapy and sketch comedy, and sometimes Cracked Up succeeds better than others. It could easily have fit into a one-hour format rather than its current 93 minutes. But you can’t help but be drawn to Hammond as a protagonist, the archetypal crying eyes above a smiling mouth. There is a lifetime of pain in his gaze, and you truly want to see him find relief.

Before Cracked Up shows up on Netflix in the spring, the filmmakers are making it available to groups interested in mental health and childhood trauma.

“People can license the film for a minimal amount through https://www.tugg.com/titles/cracked-up — you could have a home party, or colleges or universities can license it… meditation or yoga centers, treatment centers, schools, NGO’s…” says Esrick. “I actually asked Netflix to hold off so that we can do these community screenings and talk to each other about trauma.”

More about Darrell Hammond’s painful but productive recovery from childhood trauma at www.crackedupmovie.com

CRACKED UP, a film by Michelle Esrick

“Hide the Hurt” by Diane Warren, performed by Macy Gray

Playing in limited engagements in Los Angeles and New York