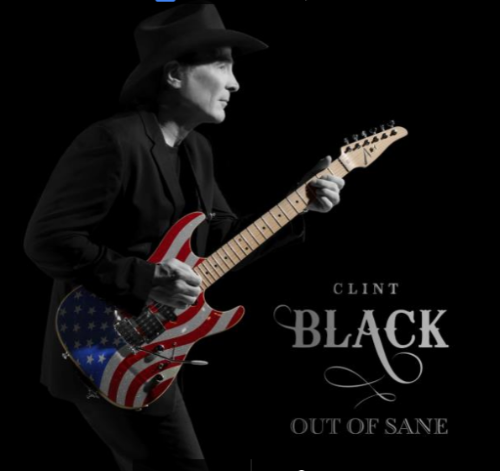 Nashville, TN—June 24, 2020—Country music icon, Clint Black celebrated the release of his 12th studio album, Out of Sane, on Saturday with a special performance on the Grand Ole Opry. Out of Sane, marks his first studio project release in five years and has been met with excitement from fans.

“I’m so happy to have this new music out, after five years since my last album,” commented Clint Black. ”I would rank this CD right up there with my best work. The feedback from my fans has echoed that appraisal and it’s exciting to hear which are their favorites.”

Clint shared the Opry stage on Saturday with Country music star, Darius Rucker. Viewers were treated to a mix of each of their hits as well as a joint rendition of Merle Haggard’s “Mama Tried.

Included in his Opry performance set list was the lead single from his new album, “America (Still in Love With You).” The song serves as Clint’s love letter to our great nation. Clint, refusing to let the confines of quarantine affect his creativity, self-produced the official music video for the song.

Watch the music video for “America (Still in Love With You)” HERE.

“Steve Wariner and I wrote ‘America’ right before the shutdown and had intended the lyrics to be a song about unity for our country during a heated election season,” says Black. “In light of the pandemic and social protests, it has taken on a new meaning reflective of these difficult times for our nation.”

Out of Sane is available for download and streaming everywhere that music is consumed. Autographed copied of the album and special Out of Sane merchandise is also available through the official Clint Black webstore at www.clintblack.com/store.

About Clint Black: It is one of the most storied careers in modern music. Clint Black surged to superstardom as part of the fabled Class of ’89, reaching #1 with five consecutive singles from his triple-platinum debut, Killin’ Time. He followed that with the triple-platinum Put Yourself in My Shoes, and then a string of platinum and gold albums throughout the ’90s. Black’s catalog produced 22 #1 singles, 31 top ten singles and made him one of the most successful singer/ songwriters of the modern era. Clint has sold over 20 million records, earned more than a dozen gold and multi-platinum awards in the U.S. and Canada including a GRAMMY, landed nearly two dozen major awards and nominations, and earned a star on the Hollywood Walk of Fame. Clint continues to tour throughout North America.