Los Angeles, CA (The Hollywood Times) 5/19/20 – There were no Pool Parties or ‘Speed Friending’ events at this year’s Clexacon Film Festival. However, there were so many laughs, heartfelt memories and beautiful connectedness on and off the screens in the midst of social distancing. Compelling stories delving into the inner workings of the queer umbrella were told, then dissected with reverent virtual Q&A sessions where fans were still able to listen in on the many back-stories of writing, casting, set making and intuitive meanings behind each work. Virtual panels were held beyond the watch parties and question segments; there were also panels that provided advice on technical aspects of cinematography in which many marginalized queer artists could benefit. Which is why Clexacon is so important, and why the dedication that this convention has to film makers and providing a space for art that would under traditional circumstances never be broadcasted in mainstream, is extremely substantial and impactful to the LGBTQ&A+ community and beyond. 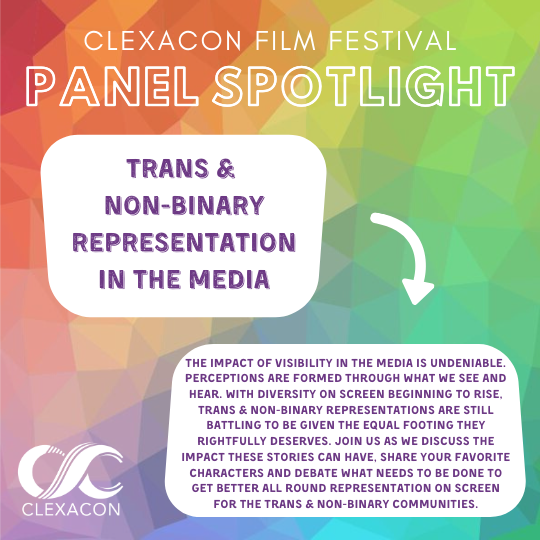 Trans & Non-Binary Representation in the Media

It can be argued that the Covid-19 pandemic is highlighting all of the areas of true importance in everyday life since physical connection has been temporarily halted. While there are miles to go in the world of media and filmmaking for queer folks, a panel that I thoroughly enjoyed was Trans & Binary Representation in the Media. Panelists frankly discussed, in-depth, how mainstream movies and television shows have triumphed, and most times have failed portraying trans and binary stories in film. There can be so many struggles for Trans actors to authentically tell their stories and bring life to very intricate characters, while also honoring who they are intrinsically. On the other side of this, there are instances where Hollywood can get it terribly wrong, and take away the opportunity for trans people to show up and authentically be themselves, in roles that should be designated for them (ie, Scarlet Johanson’s attempt to portray a trans man in the movie Rug & Tug).

American actor Bex Taylor-Klaus enlightened the panel on a time they were blown away by a simple question from a very famous producer when they were expecting to be marginalized once again. Bex elaborates, “I spoke to one of the show runners for a project I’d been working on, she asked me what stories I wanted to tell, what I wanted to bring to this character. A character that was originally written to be a ‘compact lesbian supermodel’ quickly became a non-binary badass! It meant the world to have someone in that position of power turn to me and say, ‘what do you want to see, what do you want to be?’ It meant a lot to be able to put aspects of my story into this character’s story. We are still fighting these battles, but things are progressing in a really exciting way. I would have never expected the showrunner to ask me that question, nor would I have ever expected to have both the showrunner and the network say ‘abso-freakin-loutely, we’re doing this! ” 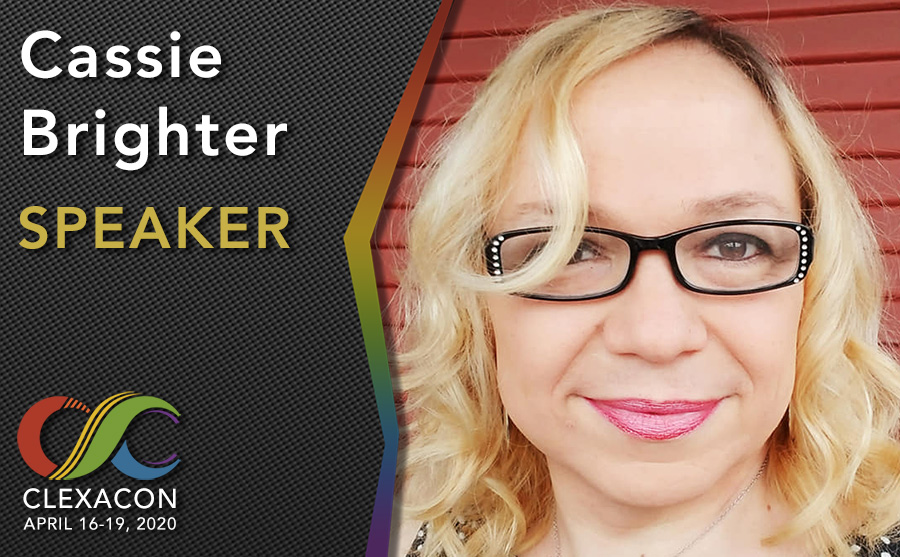 Along these same lines, and contrary to many popular assumptions, producers and directors often reach out to the trans community for understanding how trans folks can be more included and a part of the foundation of mainstream story telling. Writer Cassie Brighter reveals, “ I have been recently consulted, and this is happening more and more, Hollywood writers and project owners often reach out to me asking how to accurately represent trans and non-binary people in the media, which is a fantastic thing. They reach out and say, ‘well you’re an expert on this topic, how can we make sure we do not portray trans folks in a non-realistic or damaging way?’ It is very flattering when I hear my voice seep through some of these projects.” 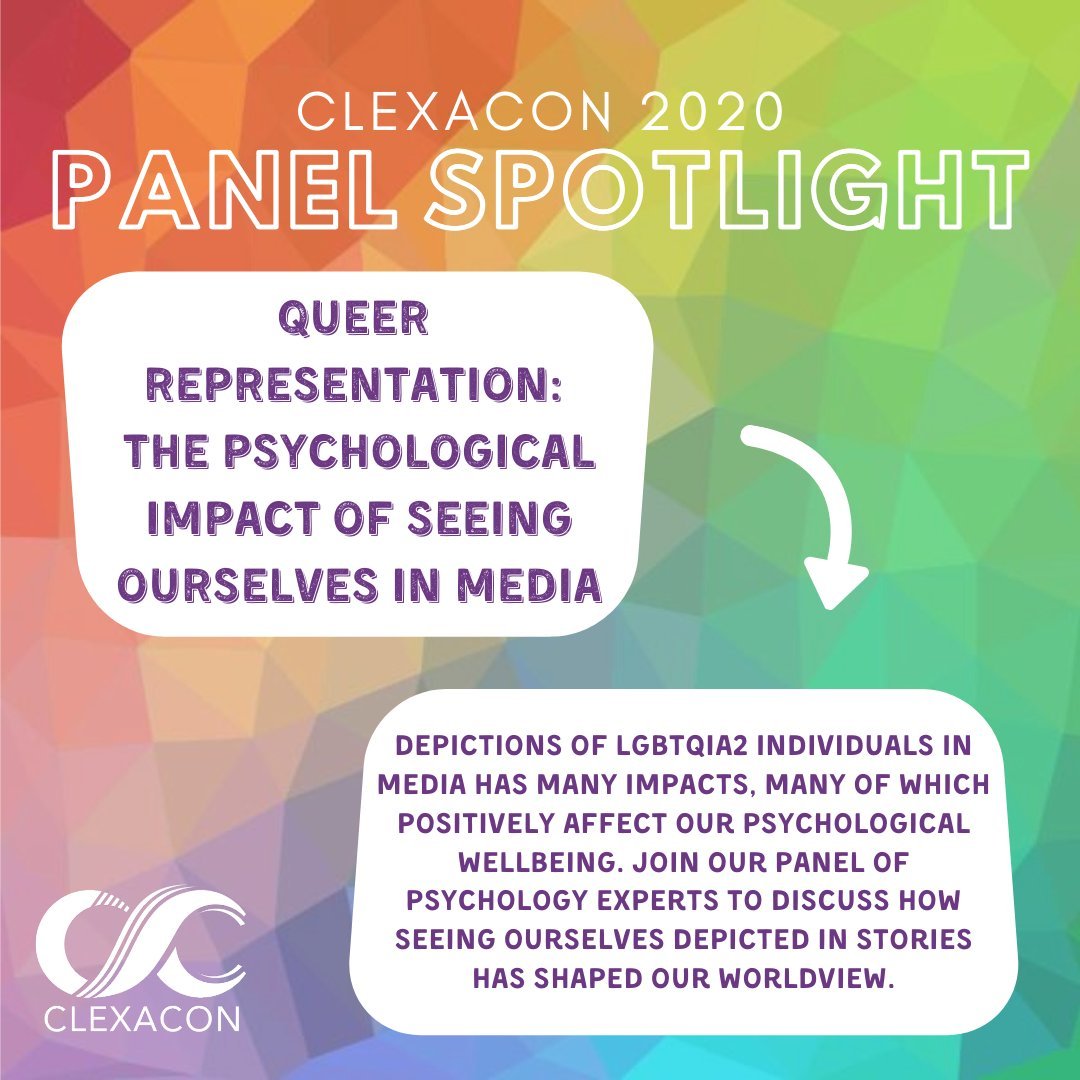 Queer People of Color in Media

Outside of the token characters that producers and filmmakers write into scripts to feign the appearance of ‘equality’, there is always more work that can be done to promote even further inclusion when it comes to queer POC in mainstream media. Sure, The L word of course had the Latinx character Carmen 3 years after the series 2005 debut, and then Tasha, the shows queer, masculine-of-center person of color in a much later season, but these attempts feel more like after thoughts, rather than a striving for real equality on the small and large screens. There is always room for improvement, but have we hit the ceiling in the realm of inclusiveness? Are we maxed out on the spaces that QPOC have to tell their interesting, funny, dramatic, existential stories? QPOC are pioneers at creating their own spaces, but what about beyond that? Panelists get deep in dissecting this topic, and the frank discussion really caught so much of my attention!

The general theme of this panel was beautifully simple: responsibility. Not only does the responsibility lie within the writers room and with producers and show runners, but it also falls in the hands of the audience. “We vote with our dollars, so there is a fine line between consuming a TV show or movie, and having an open and honest critique” as actress Dalila Ali Rajah eloquently stated. The actress continued to explain how viewers and audiences that notice a misrepresentation in the media, or the absence of representation in the media of queer stories, should be able to have conversations about what was accurate about the portrayal or otherwise. Having the conversations about the representation that exists, favorable or otherwise, is the only way that QPOC voices and stories will be heard and actualized correctly in the media. Additionally, a brilliant question that was posed was: who considers the queer works that exist in media today to be favorable or not? What standards are folks holding to what is considered ‘good’ representation or ‘bad’? One cannot simply supply empty complaints about this lack and fail to provide any kind of healthy critiques on how to gain a ‘seat at the table’ to improve the stories that are being told about queer lives.

Further into the conversation concerning specific tropes the panelists would like to have visible in the media, the topic of queer villians in film and tv was introduced. Moderator Ebone Bell reveals, “I’ve heard critiques from people such as, ‘well, why does the queer actor have to portray a vilinous character’ but sometimes I throw that back at them, and say, ‘why cant we be bad?! Queer people are actors and want to play different roles. Who cares how they look or identify? Queer people need this out there so we can even see it. Let’s start there”.

Rajah continues the conversation by illuminating that, “respectability politics are a hard thing and they are complex. My whole family are activists and from the Jim Crow south. Back then, as queer people of color, we were actually more welcomed before desegregation because people of color stuck together and protected queer people. But when we were trying to perform respectability politics for a white lens, then all of a sudden we were attempting to put out the best view through whatever their idea was of morality, and the idea of good and bad got placed there.” It seems that the respectability lens affect roles that queer people can play in the media, and rarely are given the range to cover a broad variety of the human experience. Humans are terribly flawed. Cis heterosexual white males consistently portray villains, love interest, comedic relief and all of the above. From the lens of QPOC, there has to be more of these roles provided to truly encapsulate all of the human experienced that queer folks have, can have, and do have!

Film Reviews: Sex is a God Thing / I Put the Bi in Bitter

The title alone of Sex is a God Thing is so provocative and tantilizing that the work simply begs to be viewed, indulged, and enjoyed! The story follows an emotionally layered night-on-the-town of 2 women, after they have left their father’s funeral; shortly before also finding out that the other existed. The short film travels through a wide range of heavy emotions portrayed in the acting, dynamic visuals ,and smoldering lighting and was extremely reminiscent, both in cadence and in visualization, to that of the academy award winning movie Moonlight. The short, starring Rashida Miller and Chanel Glover, is just 1 installment apart of a larger body of work from that began in 2014 that aims to highlight the relationships that queer larger bodied people of color experience and remain connected to. This film is so delicious and HIGHLY RATED!

The next on my fave list is ‘I put the Bi in Bitter’. This hilariously titled web-series follows best friends Sam and Alex as they navigate high school, and further navigate their sexualities, coming out, crushes, and the overall beast that is teenage hormones. This work stuck for me because no matter what your sexuality, highschool was a monster for most of us; figuring out who you are, who you are not, and everything in between. However true, the fact that the story follows the adolescence of queer teens enabled the writers to highlight some of the not-so-fun aspects of being a Bisexual teen. Relatable tropes that are brilliantly illustrated are coming out to a clueless parent, having to explain or defend bisexuality, or worse, having an unrequited fall for someone else! I thoroughly enjoyed this lighthearted series for its wit, unassuming nature, and casting! 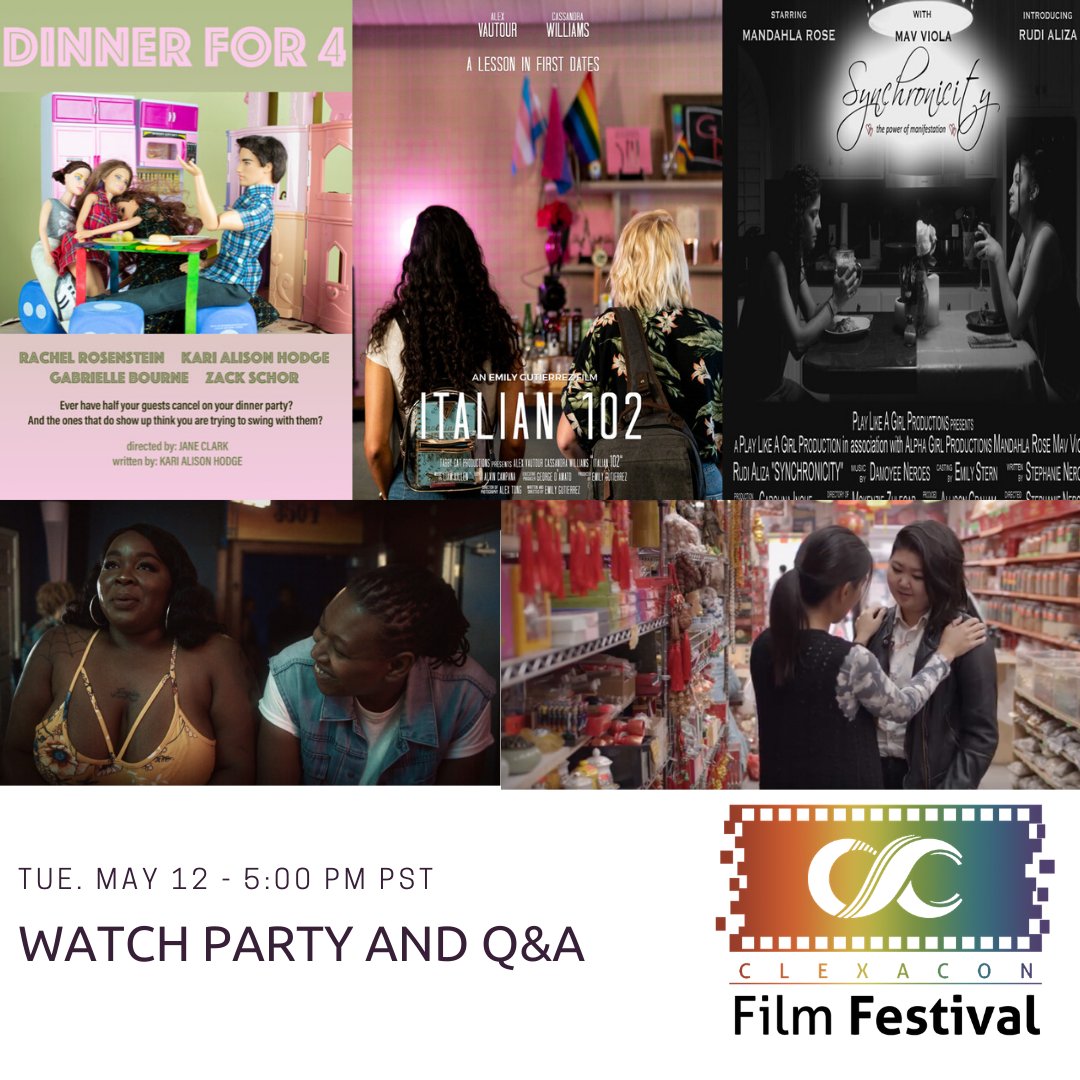 ClexaCon 2020 was such a filling and rich experience! While it was not hosted in Sin City, parties did not ensue in the way that we are used to, and half of the panelists were NOT late due to being hungover from the night before, so much exposure, education, and brilliant conversations were experienced, that are of great necessity now more than ever. I am proud to say that I have learned so much from each and every panel and short film that I took in. I eagerly await ClexaCon 2021, and am hoping and daydreaming about being able to have and even better experience in person next year!