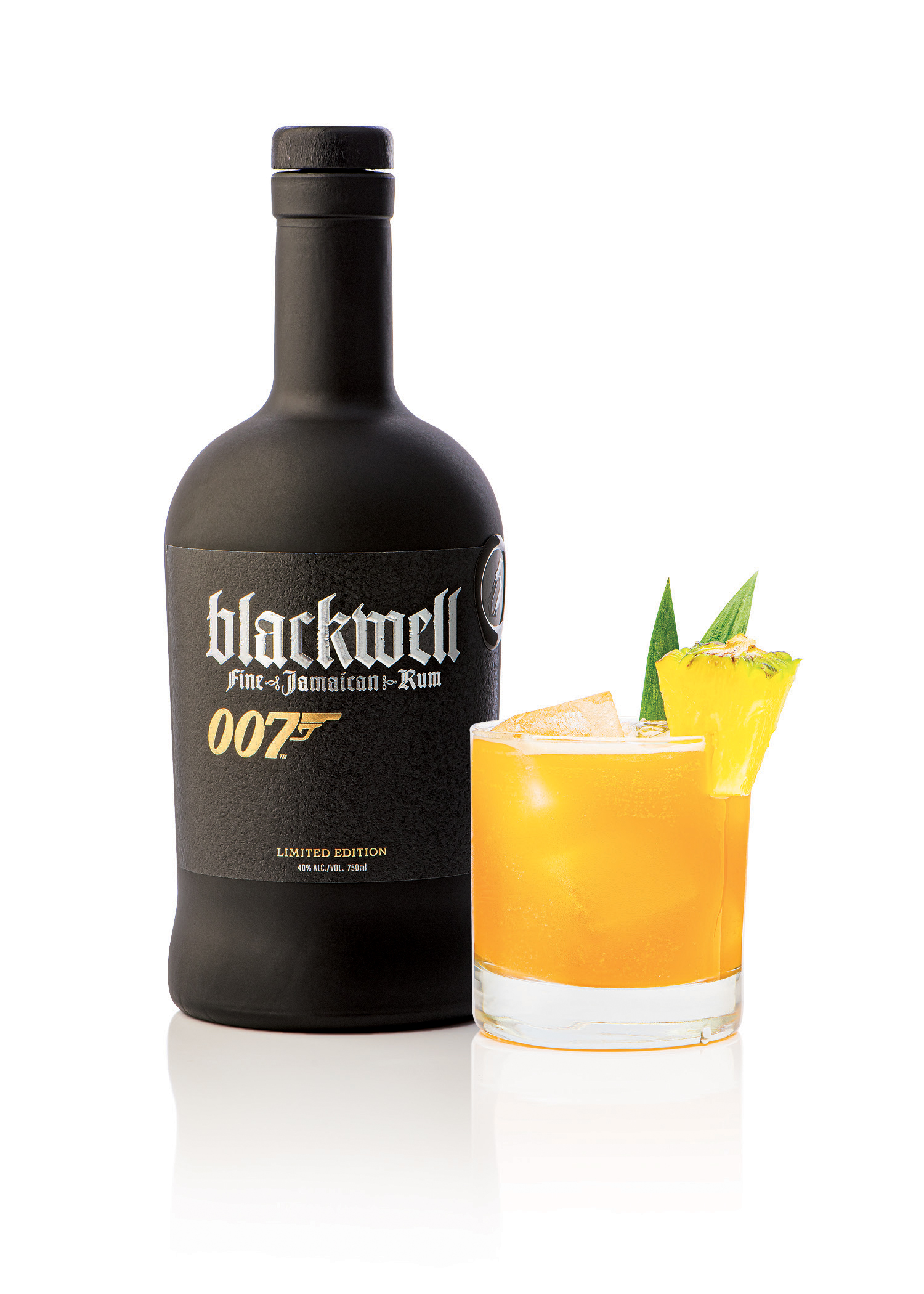 With so much gloom and doom in the news, We thought we would take a minute to bring a little happy: Rum!  Even better, a limited edition 007 Blackwell Fine Jamaican Rum, debuting this fall in conjunction with the new Bond movie, “No Time to Die,” coming out in November. The spirit is the creation of music legend Chris Blackwell, who owns Ian Fleming’s former home Goldeneye, now part of Blackwell’s Island Outpost hotel collection in Jamaica.

Details are below. Please let us know if you’re interested in writing about this sophisticated new elixir. No shaking or stirring required.

In celebration of No Time To Die’s November 2020 release, Blackwell Rum is delighted to announce that it has partnered with the 007 film franchise.  Chris Blackwell – the Rock & Roll Hall of Famer and owner of Ian Fleming’s former residence, GoldenEye – is launching a special 007 Limited Edition release of his Blackwell Fine Jamaican Rum. The 750 ml bottle will retail for $35 in major metro markets from November 2020.

The limited-edition Rum features an augmented reality experience available via a QR code on the bottle, where Blackwell, who is best known for discovering Bob Marley, comes to life to share life stories, music selections, cocktail recipes and more.

“James Bond has been a big part of my life, from my childhood lunches with Ian Fleming at GoldenEye to being a location scout on the first movie, Dr. No (1962). It was a pleasure working alongside the No Time To Die production team in Jamaica providing our iconic rum for the set in James Bond’s house, which has made this very special relationship come full circle.” says Blackwell.

The Fine Jamaican Rum is inspired by his family’s time-honored recipe. This aged, rich and fragrant dark gold rum is filled with the warmth and sensuality of Jamaica.  “This is a rum that celebrates Jamaica, my friendships, and also my family legacy,” adds Blackwell.

No Time To Die is in cinemas globally from November 12, 2020 in the U.K. through Universal Pictures International and in the U.S on November 20, from MGM via their United Artists Releasing banner.

In No Time To Die, Bond has left active service and is enjoying a tranquil life in Jamaica. His peace is short-lived when his old friend Felix Leiter from the CIA turns up asking for help. The mission to rescue a kidnapped scientist turns out to be far more treacherous than expected, leading Bond onto the trail of a mysterious villain armed with dangerous new technology.

EON Productions Limited and Danjaq LLC are wholly owned and controlled by the Broccoli/Wilson family. Danjaq is the US based company that co-owns, with Metro Goldwyn Mayer Studios, the copyright in the existing James Bond films and controls the right to produce future James Bond films. EON Productions, an affiliate of Danjaq, is the UK based production company that has made the James Bond films since 1962 and together with Danjaq controls all worldwide merchandising. For more information, visit www.007.com.

Metro Goldwyn Mayer (MGM) is a leading entertainment company focused on the production and global distribution of film and television content across all platforms. The company owns one of the world’s deepest libraries of premium film and television content as well as the premium pay television network EPIX, which is available throughout the U.S. via cable, satellite, telco and digital distributors.  In addition, MGM has investments in numerous other television channels, digital platforms and interactive ventures and is producing premium short-form content for distribution. For more information, visit www.mgm.com.

Universal Pictures International (UPI) is the international marketing and distribution division for Universal Pictures. In the United Kingdom, Ireland, Spain, Italy, Germany, Switzerland, the Netherlands, France, Russia, Korea, Australia, Mexico, Brazil, Hong Kong, India and China, UPI directly markets and distributes movies through its local offices, creating campaigns and release strategies that respond to the culture and market behaviour of those territories. In other parts of the world, UPI partners with Paramount and Sony in the distribution of all three companies’ films. Universal Pictures is part of NBCUniversal, one of the world’s leading media and entertainment companies in the development, production, and marketing of entertainment, news, and information to a global audience. NBCUniversal is a subsidiary of Comcast Corporation.

United Artists Releasing, a joint venture between Metro Goldwyn Mayer (MGM) and Annapurna Pictures (Annapurna), is a U.S. theatrical releasing company. Built upon the legacy of the iconic United Artists motion picture studio, the joint venture provides a home where filmmakers are supported by thoughtful approaches to marketing, publicity and distribution. United Artists Releasing offers content creators an alternative distribution option outside of the studio system and supports Annapurna and MGM’s film slates as well as the films of third-party filmmakers.

Once the Jamaica home of renowned author Ian Fleming, GoldenEye was developed by Island Records founder, Chris Blackwell, and opened as a resort in 2011.  GoldenEye is home to private beaches, secret coves, a seawater lagoon and The Fleming Villa (where all 14 James Bond books were written). There are four dining options (The Gazebo, Bizot Bar, Shabeen and the Bamboo Bar), a newly expanded FieldSpa and accommodations that include Beach and Lagoon Villas, Lagoon Cottages, Beach Huts and an ocean front villa. GoldenEye is located 20 minutes east of Ocho Rios. It’s 90-minutes by car from Montego Bay Airport and a five-minute drive from Ian Fleming International (private aviation only).