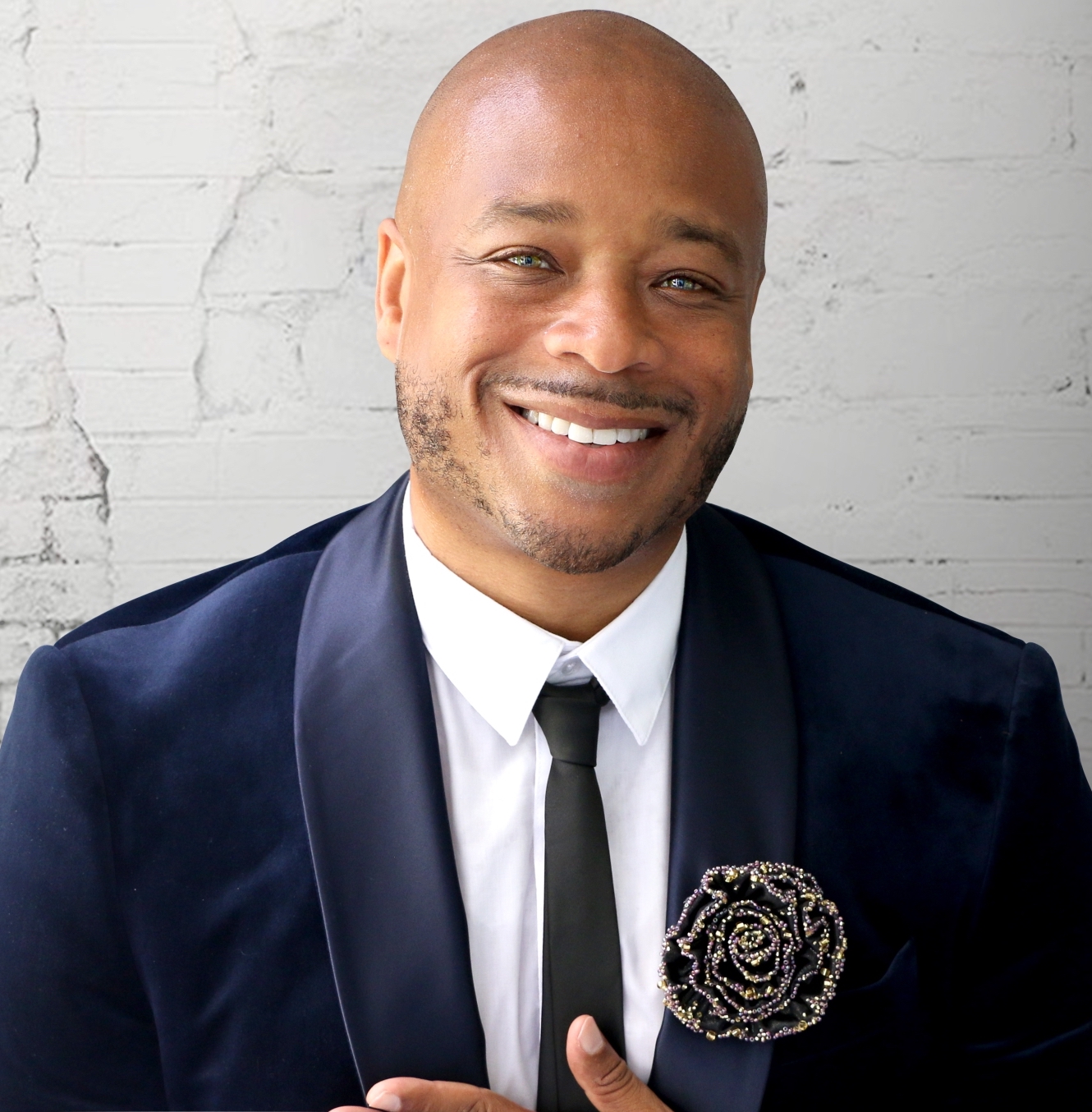 Los Angeles, CA (The Hollywood Times) 2/17/20 – Charles Mattocks, Eight Days is the First Cancer Reality Show. The series follows the raw ups and downs of five cancer patients as they wage their battle for survival and journey toward healing. “I created ‘Eight Days’ to look into the lives of those living with cancer and not only bring awareness, but also to offer new ways to look at healing,” said Charles Mattocks, creator and executive producer. “With over 1.7 million cancer diagnoses documented per year in the U.S. alone, this docu-series is more important than ever.” Mattocks’ is an award-winning filmmaker and health advocate that happens to be the nephew of the music legend Bob Marley, who also passed of Cancer.

Looking forward to a new show later this year entitled, The Plus which is the first ever talk show format for curvy and plus size community. The Plus is looking for health experts to feature on the show, they can contact Charles at: https://www.reversedyourhealth.com

Eight Days will be on WGN Network Premiering April 5, 2020.

What is it about the entertainment business that intrigues you?

This is really all I have known and done. When I was a teen I saw a LL COOL J video and went and found his house and we became friends because I wanted to make music and worked together making music. Coming from a background as the nephew of Bob Marley also inspired me to want to do big things. I then got into film and TV and it took off. I had no idea what I was doing but it was working for me and then I took it seriously after I let a few roles slip away that I should have had. That’s when the bigger, more serious roles came in. I love the fight, to be honest, now making my own shows that air on the network it’s more of the challenge. Being that I take these projects from just an idea in my head to seeing them air on very good cable networks is a true gift and blessing. It is not easy to get any show on the network, now going on two shows on networks and then another show I’m working on called The Plus is truly a dream. The Plus is a talk show format for the plus size and curvy community and I am so excited about that. But it takes a lot of hard work and extreme dedication. I know I’m close to that one show that allows my hard work to fully pay off so I’m excited about that. The shows I have now are powerful and have a place in helping people with disease or conditions so that’s a joy that allows me to know I have helped and giving back. I feel like my blessing is the gift of fighting for others, I have also dealt with diabetes and its a daily fight to stay healthy, so my passion has been for others. My uncle once said ‘if this life is just for me, I don’t want it’ I feel the same.

You are an Award-Winning Actor. When did you get your first break?

I wanted to be on sesame street, I had a great manager named Angela Thomas, I just had a son so that was something I wanted to do. She had some friends and connected me to a great agency, they started sending me out on other auditions, I was really not aware of the process, they would call me and ask me to get my the scripts and I had no clue of reading lines and even doing an audition. But I was booking these roles with top casting directors. One day after I made a fool of myself because I was not taking it seriously, I walked out of the audition and said I won’t do that again, I went home and had another audition with the same casting director who I bombed for about two weeks later and I booked the role, it was alongside Cuba Gooding Jr and Omar Epps, it was called Daybreak. That was my second film and from there some great roles came my way.

What roles move your soul?

I love Anthony Hopkins and Morgan Freeman, I love the way they have crossed over to truly be very diverse, I love dramatic acting, I want to tell a story I want to be another person. I stayed away from typical roles that young black actors may come across, there are some good roles that are out there and those are the ones that moved me. I never did anything just for the check, each move got bigger and better, if I stayed in acting I think I could have done some really amazing things. I look forward to getting back into something one day.

Tell us about Eight Days. What inspired you for this project?

Eight Days is the first of its kind, it’s a reality docu-series that features eight people living with cancer. I was inspired because my father passed away almost overnight from cancer, my uncle Bob Marley also passed away with it, I spoke with him when his hair was in a brown paper bag in New York, so both of these men inspired me to be what I am today. I was also looking at doing another condition as my first show called Reversed that aired on Discovery Life was about five people living with diabetes. So I wanted to do another condition and thought this would be a perfect show. It would allow me to share those who are living with this terrible condition but also tell their stories.

What is unique about Eight Days docuseries?

Millions of people are living with all sorts of conditions, from diabetes to cancer, we don’t get a chance at times to take a look into their world or their family’s lives. These people have caregivers that have to ride this rollercoaster with them and its not easy at all. The way it’s shot is truly like a documentary but a series that’s also a reality show. So we walk in their shoes for eight powerful days. It’s truly an up and down story filled with hope and at times loss. Reality is real and when we deal with conditions people always don’t make it. So almost everyone can relate as we all have someone who is living or dealing with some sort of health issue and we could at any time be dealing with something very serious. 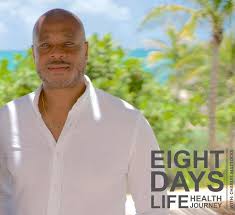 What were you surprised to learn?

We teamed with a company called Hope4Cancer, they do holistic treatments. I was shocked to learn about other ways of treating cancer, I think most of us know about the typical treatments that have of course saved lives, but there are times where those don’t work for everyone and there are options when all other runs out. Some of the guests on the show were giving months to live and have outlived what the doctors told them would be a death sentence. So to see someone living a year or two past the few months they were giving and still thriving was shocking and a surprise to me. I think people need options, no one knows anything certain when it comes to health, they can only do the best they can do, but to have options be it treating diabetes with the Beto diet or fasting is key to know. If I had a condition that they told me I had a few months to live and did all the other options, I would love to know there could be one last thing could try, and if that one last thing gave me another few years or even few months it would be worth trying.

Share a few emotional moments that have changed your life.

If we are talking about the show I think it was from the first season, this was the diabetes show, there was a couple named Roger and Lisa, after the show Lisa was so serious about changing her life, she lost a ton of weight when she got home and was stuck in a wheelchair, she ended up coming out of the chair, coming down off her meds by her doctors approval and just becoming this amazing glowing woman that I knew she could be, her husband on the other hand did not take his condition serious, I think he lost hope. Roger had a few amputations, he smoked and was not ready to give it up and the list goes on, sad to say he didn’t make the changes and didn’t see a good ending, so seeing the amazing life changes that can come when you put your health first but then when we don’t take care of our bodies be it smoking, what we eat, exercise and other factors, we can see how our choices can truly hurt us. When we talk Eight Days, I think a moment that changed my life was a young lady named Kate and Nicole, both have so much to live for and I think seeing them fight to keep living and how much hope and faith they have allowed me to know that we should never be discouraged in our journey.

Why did you choose to share Eight Days through raw storytelling and an investigative format versus a script?

I wanted the story to be real when you take five people and put them in a house for a certain time frame you get very real very fast. Not only are people dealing with cancer but they have emotional issues, financial issues, relationship issues, and the list goes on. Many of these issues come out when the cameras are rolling and the story becomes very compelling. I think the millions that are dealing with cancer and their loved ones can see a show like this and learn and know they are not alone. I don’t think we could get that type of real-life drama from scripting the show.