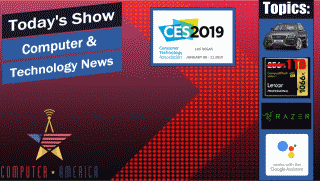 As the day grew to a close your tired and hungry reporter had just finished walking through the 3-D printing section. Multiple venders demonstrated how they could make every conceivable product with various tweaks to 3-D printing technology. One vender could even embed your photograph in the middle of an acrylic cube. All of that is quite interesting but it has been written about and discussed at length by others. Heading to the door an enticing aroma engulfed your reporter. The smell of fresh baked bread was a draw and the fact they were handing out samples copiously buttered added to the pull.

While waiting for the next loaf to be sliced, the opportunity was taken to study the source of the freshly baked bread. What was discovered was the bread making machine shown in the photograph which was vaguely reminiscent of Willy Wonka’s chocolate factory. It turns out three guys from Walla Walla Washington had invented, patented, developed and were now marketing a continuous bread making machine suitable for placement in supermarkets and other types of food dispensing outlets. Investor Dr. Eric Payne, explained how the Wilkinson Baking Company had developed the machine. The prototype shown is the latest iteration. It has the capacity to make 10 freshly baked loaves per hour using a variety of starting doughs, including sourdough.

The machine is designed to be operated by a single attendant. The starting bread mix is supplied by Wilkinson. The operator merely puts the bread mix in the feed hopper and pushes the start button. The rest is automatic. The loaves are baked in trays which rotate slowly in a multi temperature oven from raw dough through the rising process through finished baking. The conveyor belt then delivers the finished loaf to a robotic arm which places the loaf in an empty rack to await removal and sale. Dr. Wilkinson explained that the company was in discussions with several major supermarket chains in the United States. Ron Wilkinson added that they see a market throughout Europe and worldwide. Even the Asian market is being explored. Ron explained that in the younger generation of many Asian countries wheat products are gaining in popularity over the traditional rice products. Ron also explained that the machine is fully patent protected by issued process patents and pending mechanical patent applications.

Of interest to your reporter was the fact that the name tags revealed the company was situated in Walla Walla Washington, a lovely city which your reporter has recently visited. A call was placed to a local contact in Walla Walla. She reported that she had indeed seen the Wilkinson Bread Company machine in one store in Walla Walla and more recently in a different store. She agreed with your reporter’s opinion that the bread was delicious.

What is so incredible about CES is the continued serendipity of the way stories developed from random events. In this case the smell of fresh baked, not only provided food for sustenance, but also food for thought and a wonderful way to end the day on a freshly baked note.