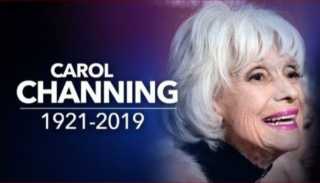 As reported by CNN’s Stella Chan and Madeleine Thompson.

She was 97.
With her raspy voice and huge smile, Channing was best known for her Tony Award-winning role as Dolly Levi in the hit Broadway musical “Hello Dolly!”
Playbill @playbill 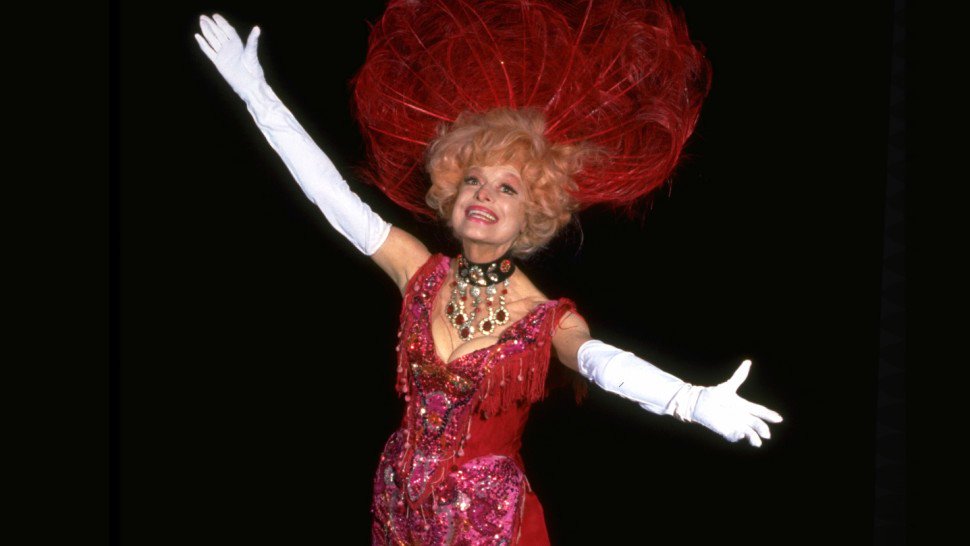 The current touring company for “Hello Dolly!” released a statement Tuesday on the star’s death.
“We are deeply saddened by the passing of the one and only Carol Channing. She was a ‘Dolly’ for the ages, and a true icon of the American Theater.” Betty Buckley and the cast will dedicate tonight’s performance in San Diego to her memory.
The actress was born in Seattle to George Channing, a newspaper editor, and his wife, Adelaide.
She grew up in San Francisco, where her parents were devout members of the Christian Science religion and her father a popular lecturer for the church.

It was her religion that first led her to the theater. Channing and her mother would stand outside venues to distribute copies of The Christian Science Monitor.

Channing told CNN’s Larry King in 2002 that she was proud of her mixed heritage.

She won a Golden Globe and was nominated for an Academy Award for the role of Muzzy Van Hossmere in the 1967 movie musical “Thoroughly Modern Millie.” The film would forever have Channing identified with the now iconic line “Raspberries!”

Channing also became a darling on the small screen, appearing on TV quiz shows and other programs including “Rowan & Martin’s Laugh-In,” “The Love Boat,” “Touched by an Angel” and “Family Guy.”

Channing and Kullijian, a former city councilman in Modesto, California, reunited 70 years after they attended middle school together and married in 2003. He died of an aneurism in 2011.
The following year her life and career was celebrated in the documentary “Carol Channing: Larger Than Life.”

Channing continued to work well into her 90s. She was hailed throughout her long-running career, including being inducted into the American Theatre Hall of Fame in 1981 and receiving a lifetime achievement award from the Tonys and the Drama Critics Circle in 1995 and 1996, respectively.
She is survived by her son, cartoonist Channing Carson

Laughter is much more important than applause. Applause is almost a duty. Laughter is a reward.
You know, if you’re lucky enough to have two smash hit shows, the traffic of the world goes through your dressing room.
There’s nothing like Nashville for making records.
Carol Elaine Channing was an American actress, singer, dancer and comedian. Known for starring in Broadway and film musicals, her characters typically radiated a fervent expressiveness and an easily identifiable voice, whether singing or for comedic effect. (Wikipedia)