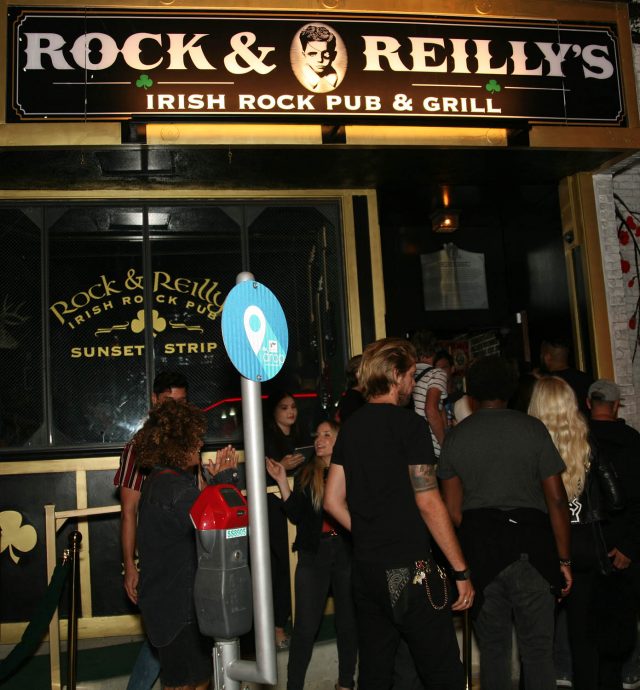 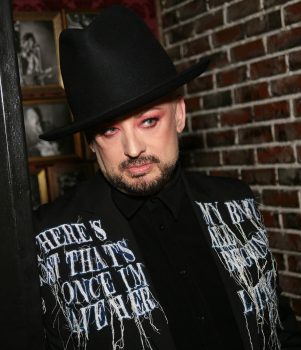 The coolest cats and the prettiest girls were part of the scene at Rock & Reilly’s Tuesday night. And for good reason. Legendary singer, songwriter, DJ, designer, bon vivant, Boy George was there to DJ.

The feeling was electric as he chose one great song after another and kept everyone dancing. Later the talented DJ-Zen continued spinning songs into the night. 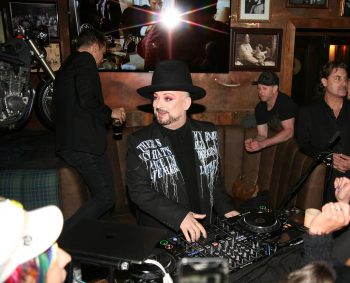 Rock & Reilly’s has been reopened under new ownership led by Justin Levine and Robbie Earl. It’s a great bar with great food. This night however with Boy George in the house and the great crowd dancing their asses off it felt more like a famous dance club, dare I say disco, of the 1970s! Think Studio 54, Danceteria, Studio One, CBGB, Rodney Bingenheimer’s English Disco. 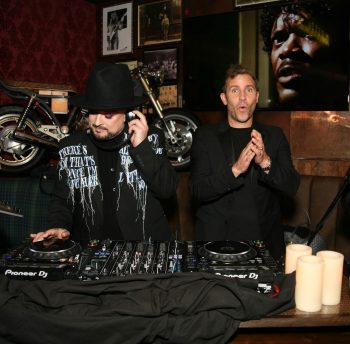 This iconic Irish pub has been revamped with an amazing interior and outstanding bar menu featuring items like burgers (including a vegan impossible version) chicken wings with gourmet sauces, and loaded nachos all made in-house from scratch. Twenty varieties of tap beer and a Happy Hour with 50% off on food and drink from 5-7pm. 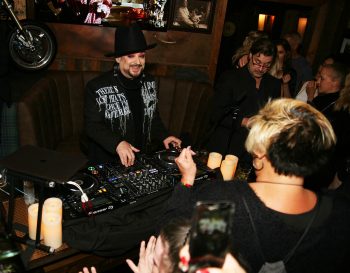 Rock & Reilly’s has been and will continue to be a destination spot for Angelenos and for celebrity sightings as well. The cool décor, upscale bar food, fair priced drinks, and entertainment will make patrons come back again and again for lunch, dinner, drinks, and watching sports. 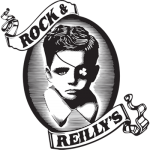 Born during a bar fight in Devlin, Ireland, Reilly came into the world swinging. On the first day of his life, he lost an eye, took a man’s life and developed an insatiable taste for whiskey. At the age of two, Reilly’s father lost him in a poker game. Six months later, Reilly won himself back. And when he was three years old, prohibition hit the United States, and Reilly ultimately decided he couldn’t bear the thought of Americans going thirsty.

Hell-bent and ready to rumble, Reilly hitched a ride on a whiskey boat bound for the dry nation to supply illegal spirits to the American people. Docked in a strange land and armed with nothing but a family recipe for Irish whiskey and a smuggler’s wit, Reilly quickly organized a gang of misfits known as the “Black Eye Society” and took over the routes of the nation’s milkmen. By cleverly disguising whiskey as milk bottles, they were able to deliver goods right to people’s front doors—and just like that, the drinkers kept drinking.

By the time Reilly was a teenager, he had become an underground legend, with whispers of his name in back alleys and speakeasies across the country and songs being sung of his tales. The style of those songs inspired the rock and roll we hear today, blaring from the very pub that bears his name as we all raise a glass. Sláinte!