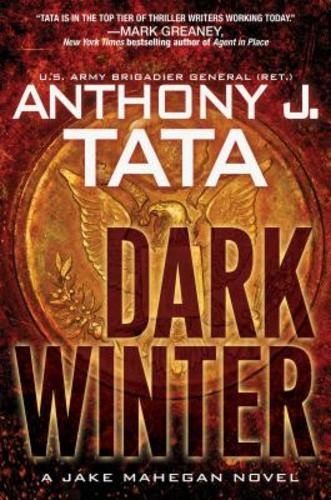 The usual romance is in place to round out the hero’s dilemma (will his heart get in the way of his militaristic operation) as he sets out against the threats from the power and wealth that could destroy the country. The current enemy is president and CEO of Manaslu, Ian Gorham of a revolutionary company that has surpassed Amazon and Facebook with a search engine quicker than Google. Gorham is set to take over the world by first destroying then rebuilding it into his own idealized “global unified” version of society.

Mahegan and his highly trained operatives must battle a charismatic enemy who seems to be one step ahead of him at every turn in the political techno-thriller set in the virtual reality world of cybersecurity. It’s a spine-tingling caper and Tata is smart enough to not overload us with so much technical jargon that it distracts from the all too real story.

Tata addresses today’s wars, not tomorrow’s – about the anonymous hackers who hold the fate of the world in their hands – leaving the reader to wonder with his remarkable background in intelligence how much he is holding back in his “fictional” series. This all-too-real contemporary military action story – has wonderful characters that could use a bit more development – is a compelling and engrossing read in this high-stakes military adventure.