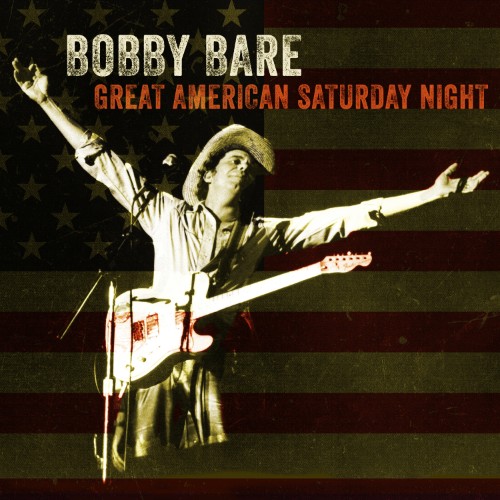 Single “Someone To Talk To” Features Dr. Hook, Reflects on Real-Life Topics

NASHVILLE, Tenn. (April 17, 2020) – Country Music Hall of Fame member Bobby Bare has a reputation for putting his own unique spin on songs that are steps above the rest, he’s proven that time after time with original recordings of major hits including “The Gambler,” “Song of the South,” “House of the Rising Sun” and more. Not to mention the songs he’s taken to the top of the charts including self-penned “500 Miles Away From Home,” Tom T. Hall’s “That’s How I Got To Memphis,” Billy Joe Shaver’s “Ride Me Down Easy,” Kris Kristofferson’s “Come Sundown,” an entire album of Bob McDill songs and many more. The songwriter Bare worked with the most was the legendary Shel Silverstein with whom he brought songs like “Marie Laveau,” “The Winner,” “Tequila Sheila” and over a hundred more to music fans around the world. The end-cap to the Bare/Silverstein catalog releases today with Great American Saturday Night. Recorded in 1978, the album focuses on real-life topics seen through the lens of the weekend party scene that America has become known for. Purchase and stream the album here.

Great American Saturday Night tackles issues like pollution and violence, experiences like loneliness and growing old and funny topics like dieting and nude beaches. The radio single, “Someone to Talk To,” features Dr. Hook’s Dennis Locorriere and is possibly more relevant today than it was when it was originally written and recorded. In celebration of the release, Bare is taking over Spotify’s New Traditions: Country Heroes playlist where he joins the likes of Randy Travis, George Strait, Ronnie Dunn, Willie Nelson, Sara Evans, Pam Tillis and more.

Rolling Stone says of the lead single “Living Legend”: “Bare’s weather-beaten narrator wrings every ounce of vintage honky-tonk pathos from the tune without a hint of self-pity or resentment.” – Stephen L. Betts

“Like the Phoenix from ancient Greek folklore, which gains new life by rising from the ashes of the creature that was before him, Bobby Bare’s album Great American Saturday Night, with all songs written by Shel Silverstein, has come alive after 42 years of living in a record company vault.” – Vernell Hackett, Sounds Like Nashville

“Bobby Bare’s new Great American Saturday Night album will include a rebel-rouser that’s perhaps even more relevant today than it was when he first recorded it.” – Billy Dukes, Taste of Country

The album was written by Shel Silverstein, with Fred Koller on two songs, and co-produced by Bare with Bill Rice. It was recorded at RCA Studio B and was the final album recorded on Bare’s deal with RCA. Bare left the label and signed with Columbia where he released some of his most critically-acclaimed albums. Sony has since absorbed both labels and worked with BFD and 117 Music to release this project from the vault. Bare and Silverstein collaborations include Lullabys, Legends and Lies, Singin’ in the Kitchen, Hard Time Hungrys, The Winner and Other Losers, Bare, Down and Dirty, Drunk and Crazy, Drinkin’ From the Bottle, Singin’ From the Heart, and Old Dogs (w/ Waylon Jennings, Mel Tillis and Jerry Reed). 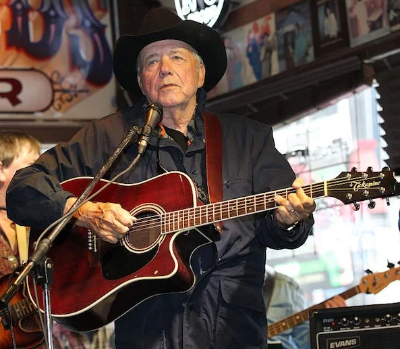 Born in Ohio, Country Music Hall of Fame and Grand Ole Opry member  Bobby Bare is one of the most iconic country artists of our time with chart-topping songs like “Detroit City,” “500 Miles,” “Marie Laveau” and many more. From country legends like Little Jimmy Dickens and Hank Williams to big band acts like Phil Harris and the Dominoes, Bare’s style was molded and led him to nearly five dozen Top 40 hits from 1962 to 1983. The original “Outlaw” of country music, Bare was honored with many awards and accolades, multiple GRAMMY nominations and wins and an induction into the Country Music Hall of Fame in 2013. In 2017, Rolling Stone named him in the top 50 of the “100 Greatest Country Artists of All Time” and Pitchfork identifies him as an integral part of the Outlaw Country movement in the 1970’s. 2017 and 2018 marked his 60th anniversary in the music business and the release of his studio album, Things Change, and two new music videos. A pinnacle moment in his life occurred in 2018 as he was welcomed back home as a member of the Grand Ole Opry by Garth Brooks. In 2020 Bobby Bare will turn 85 and release an album of Shel Silverstein songs recorded in the late ‘70s but never-before released titled Great American Saturday Night. For more information, visit www.bobbybare.com.