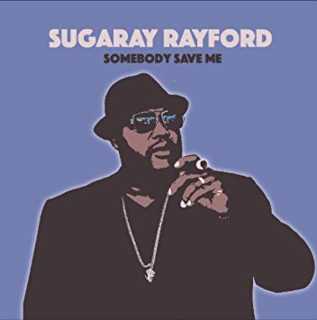 Special Appearance – One Night Only

Los Angeles, CA (The Hollywood Times) 3/6/2019 – Two-time Blues Music Award (BMA), 2019 nominee, Sugaray Rayford and his band are appearing at one of LA’s favorite music venues – The Mint – this Friday on March 8th.

The Sugaray Rayford Band then turns and burns to San Diego on Saturday before they fly to Switzerland and return after a week to begin their national tour.

March 1st marked the release of his new album Somebody Save Me on Forty Below Records. This magnetic, cigar chompin’ ex-Marine belts out songs in the old school style that echoes and is reminiscent of Otis Redding and Muddy Waters but Sugaray displays his unique vocal style in electric blues with an old soul. I’m a freak of nature / I ain’t no honey bee / I’m an unknown creature / The like you’ve never seen... From The Revelator by Sugaray Rayford. At 6’5” this big man captivates his audience – singing large with heart as he commands the stage with provocative hip and dance moves. You will be up on your feet!

Sugaray “Take Me Back” Video

If you love the booty-shakin’ blues you’ll love the Sugaray Rayford band! Check out their Facebook Page to catch up on their recent European tour.

Catch him and his bandmates and fellow musicians: Drake Munkihaid Shining on keyboards, Alastair Greene on guitar, Allen Markel on bass, Lavell Jones on drums, Allan Walker on saxophone and Gary Bivona on trumpet this Friday or Saturday in San Diego.