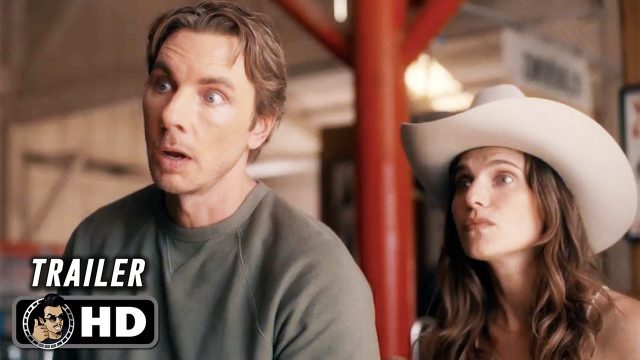 Beverly Hills, CA (The Hollywood Times) 9/3/19 – A tale of country living and new beginnings, the 6 episode first season of Bless this Mess returns to ABC for their second season! Following the theme of the show, we were extremely privileged to join the cast for horseback riding throughout the Hollywood Hills, we enjoyed an intimate conversation with the cast of the show, and finally indulged in an old fashioned BBQ dinner!

Bless this Mess follows the unique lives of couple Rio (Lake Bell) and Mike (Dax Shepard as they begin a new journey in rural Nebraska and all of the obstacles that threaten to simultaneously tear the couple apart, and bring them closer together. Executive producer Elizabeth Meriwether discusses how the story line in and of itself differs from the types of shows that are currently showing.   “‑‑ it’s a rich story area. I mean, I feel like there just aren’t that many shows that deal with what it is to be in rural America. And that’s another kind of great thing in the writers’ room. These stories are just easy to come by, because it’s not about friends living in a city. I’ve written that.” 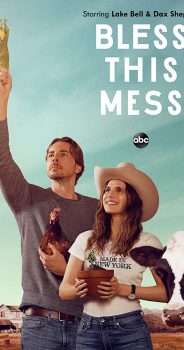 Arguably one of the biggest facets of Bless this Mess season 1 were the animals! Some of the cast actually possess farm life experience that they were inclined to use in order to bring life to their role. The ever talented, and award winning Pam Grier, who plays the role of Constance, reveals, “[…] I was very fortunate to be raised at a rural farm in Cheyenne, Wyoming, where my great‑great‑grandmother had a hotel for the Blacks and Chinese that worked on the railroad, all the blazing saddles. And she had a sugar beet farm. So I learned ‑‑ there was tough love. Go up there and beat us up, throw the sugar beets back in a horse‑drawn wagon, while I was in high school. And I basically learned about the simplicity of life and the love of nature and animals and the Earth. So I bring a lot of that […] to the show.”

With an original story line of city folks building a home from the ground up in middle America, the comedy and the quick changes that viewers experience with the characters are limitless. Meriwether concludes,  “it’s a “fish out of water” story, so these characters have changed because they’ve spent more time [on] the farm, and it would be strange if they didn’t. So I feel excited about their continued journey into next season.”

Grab your straw hat and your planting seeds and tune in to ABC 7 for the season 2 premier of Bless this Mess on 9/24/19!