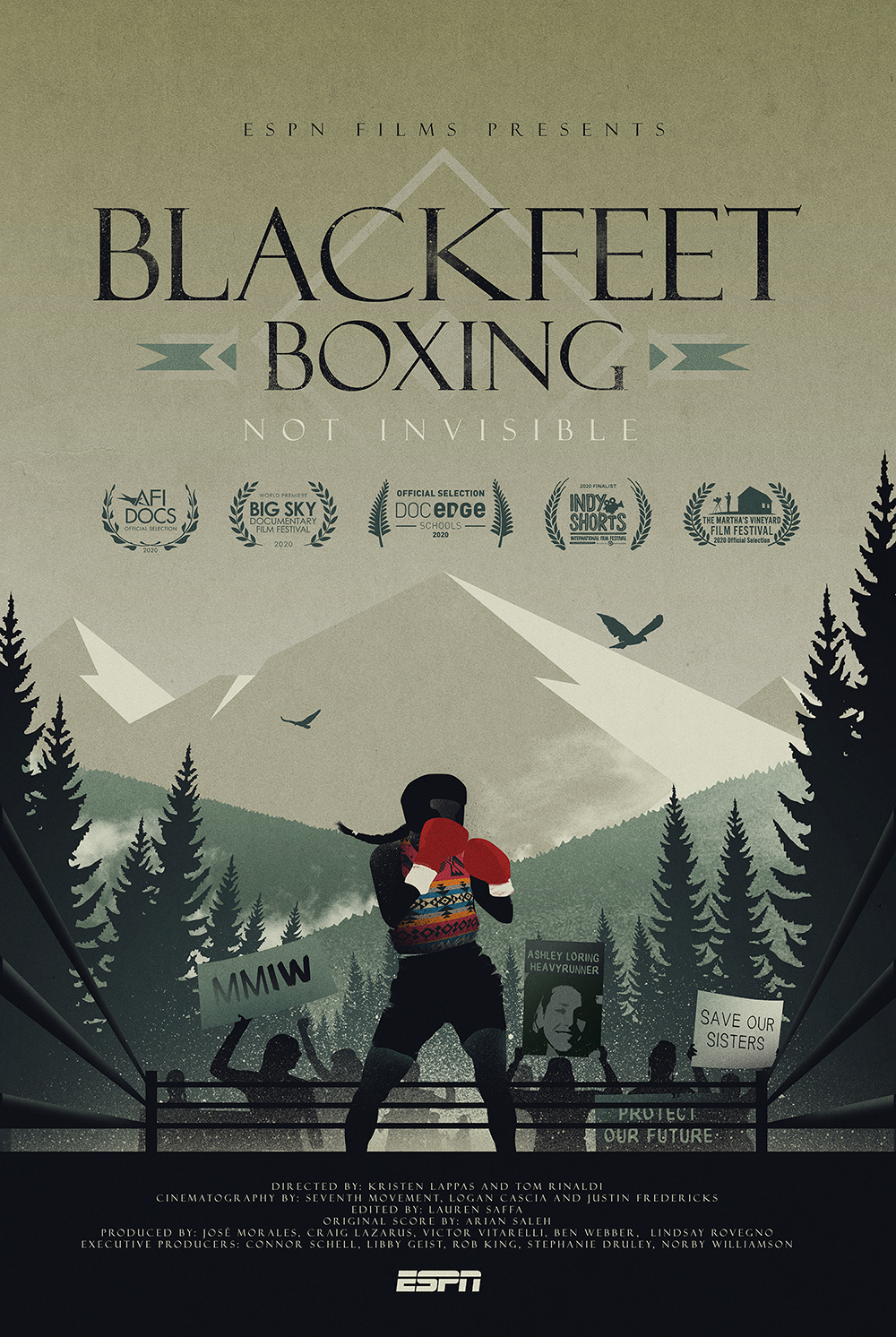 “Over 5,000 girls go missing or murdered throughout the United States. All of these are on Native American Reservations.  They are called: MMIW – Missing and Murdered Indigenous Women. Since 2016 this was a silent problem, but now, #MMIW is a national movement. This story is about how these girls are empowered to fight back and WIN!”

About the Film:
Blackfeet Boxing is a film about fighting—for respect, identity, and acknowledgment. There are no scorecards or knockouts on the reservation. The prize at the Blackfeet Boxing Club is far more vital:  survival.  According to the United States Justice Department, Native American women are ten times more likely to be murdered than non-native women.  More than one in three has suffered rape, or attempted rape, and more than 80 percent will experience violence at some point in their lives. On the Blackfeet Reservation in Montana, these are not statistics.  They are stories, of lives and families, of loss and pain.

The Review:
We’re in Big Sky Country. A family and friends are searching and have been since 2017 when Ashley Loring Heavy Runner disappeared without a trace.

Since January 2018, more than 100 indigenous women and girls in Montana have gone missing, been murdered or their status: Unknown.

The idea is to teach young girls how to box.  They become empowered to fight for their lives or they won’t have a life. Boxing teaches discipline and confidence. A third-generation boxer, Frank Kipp, was 38-6 as an amateur welterweight.  For 6 years, he served as a probation officer on the Blackfeet Reservation in Montana.

Frank founded the Blackfeet Nation Boxing Club in 2003. They have trained over 500 boys and girls.  Once the gym opened, they came. The old theory: If you build it, they will come!

These kids grow in confidence. Frank helps them defend themselves on the streets.  It may have nothing to do with boxing, but it has everything to do with LIFE!  Native American women compromise 3% of Montana’s population.  Drug abuse, sex, human trafficking, and more is the root cause of these sad stories.

This story is about Ashley Loring Heavy Runner. She was accepted into the University of Montana, had a promising future but then she started to hang out with people who use drugs, drank alcohol and were older. Simply not good people.  She was last seen on Hwy 89 on the Rocky Mountains in June 2017. Ashley’s case is part of a greater crisis known as MMIW – Missing and Murdered Indigenous Women.

There are more than 5000 unsolved MMIW cases in the United State since 2016.

These women do not feel safe. In Browning High School on the Reservation, there are pictures of Ashley everywhere.  But the girls look over their shoulder thinking, “Will I be next?” This is not a problem isolated to Indigenous peoples, it’s everywhere but it seems more prevalent on Indian Reservations.

Two girls are contenders for the 2019 Olympics. These young ladies are fighters. Drinking and doing and drugs scares these girls and with good reason. It took two months for the police to open a formal investigation into Ashley’s murder.  It’s sad, but this is something else that’s inherently a serious problem throughout this country. I didn’t know this, but the Blackfeet Nation covers nearly 1.5 Million Acres and is larger than the state of Rhode Island.  Ashley is somewhere out there.  Only 27 tribal officers patrol that area. It shouldn’t have to be this way! 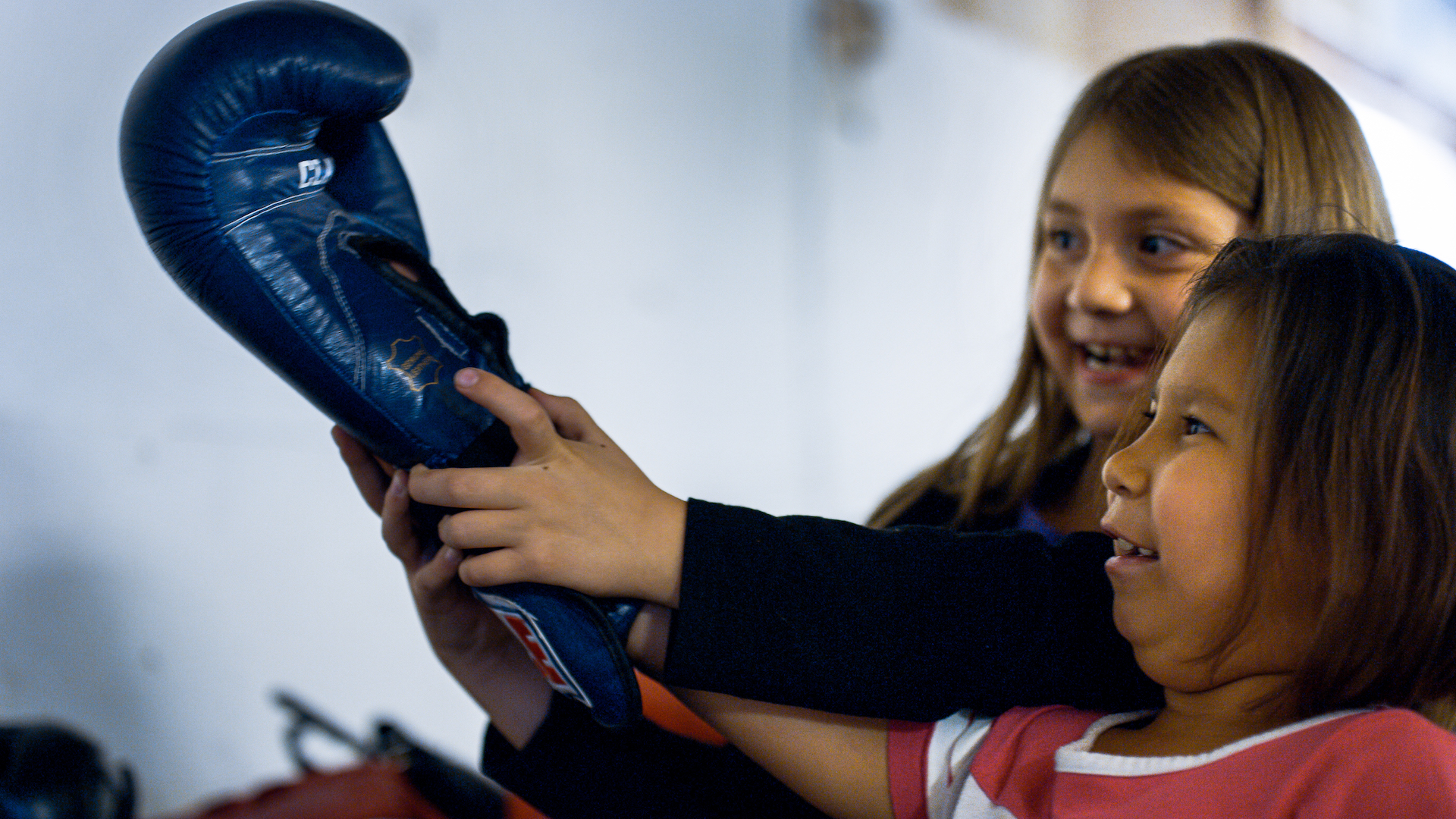 Lack of opportunity, lack of jobs, parents not parenting, these are all issues that are throughout the United States but in Native American Reservations, it’s a huge problem.

This is the United States of America and before that, tribal Native American Land, and STILL IS!  I can’t believe this is happening in our country still today and it’s getting worse. Our Native American brothers and sisters are hurting. Now with the Coronavirus, Indigenous people are suffering more on top of all this.

We need to make our country aware of this and the Committee on Tribal Affairs heard from Ashley’s sister. Senator Elizabeth Warren, (D) Massachusetts, spoke to tribal leaders about this travesty.  The #MMIW movement is now national to bring greater awareness.  The Indigenous people of the United States have been forgotten for far too long.  We need to ban together and help each other. We need to stop what’s happening across this great land and make help these girls like Frank Kipp and his daughter Donna. Let’s all follow Frank’s vision to help our younger sisters grow and become empowered to fight because as Frank says, “If you don’t, we’ll never see you again and that’s a hard reality.” 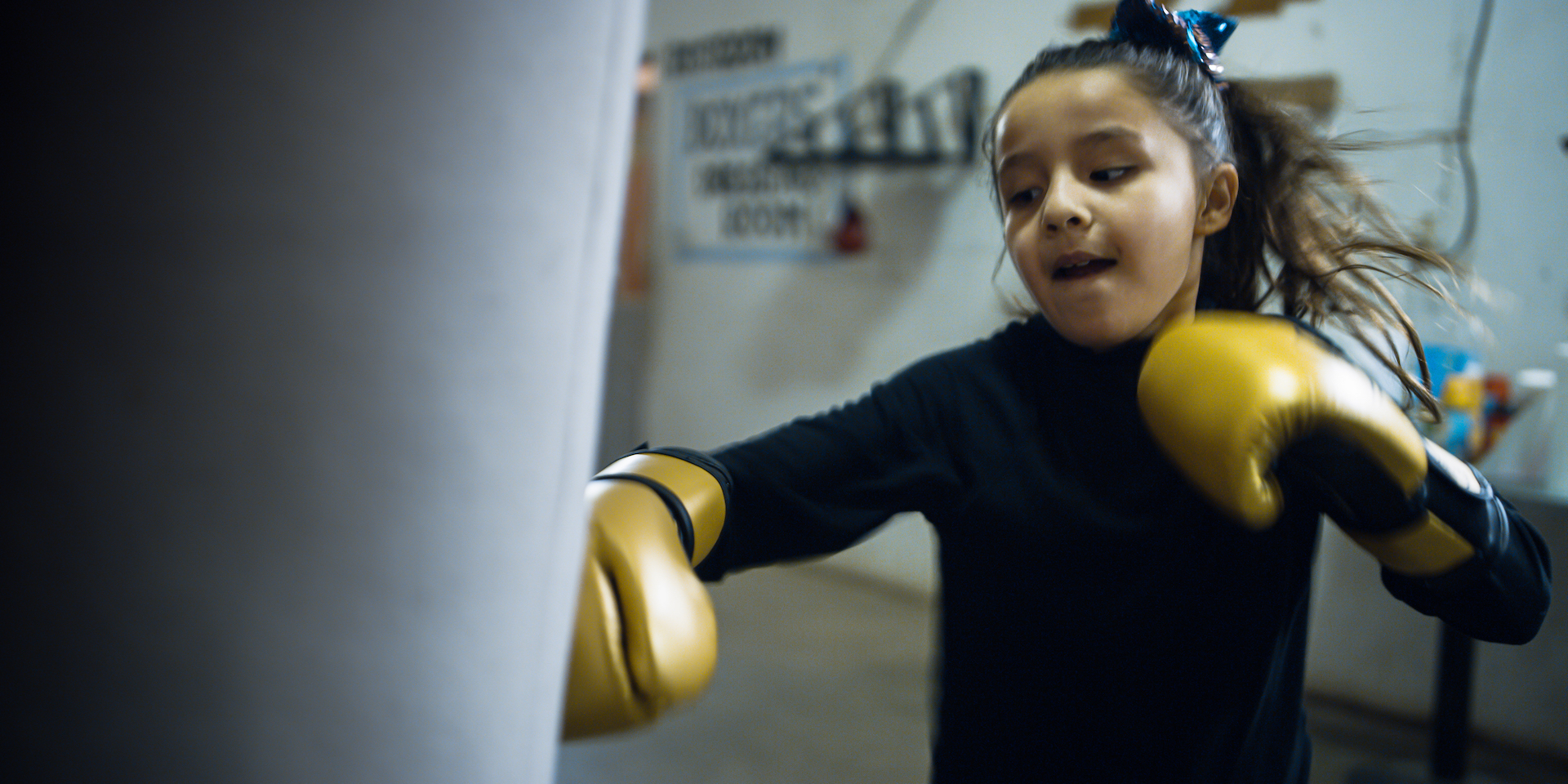 This is a great short film and really tells a hard story.  Watch it and learn from it. Tell your daughters what is going on and get them into Boxing or other forms of self-defense.  We cannot continue to lose our younger sisters at this alarming rate.

Trailblazing Women Are Highlighted in New Programming From PBS SoCal and KCET in Honor of the Women’s Vote Centennial, The Feminist Movement and...