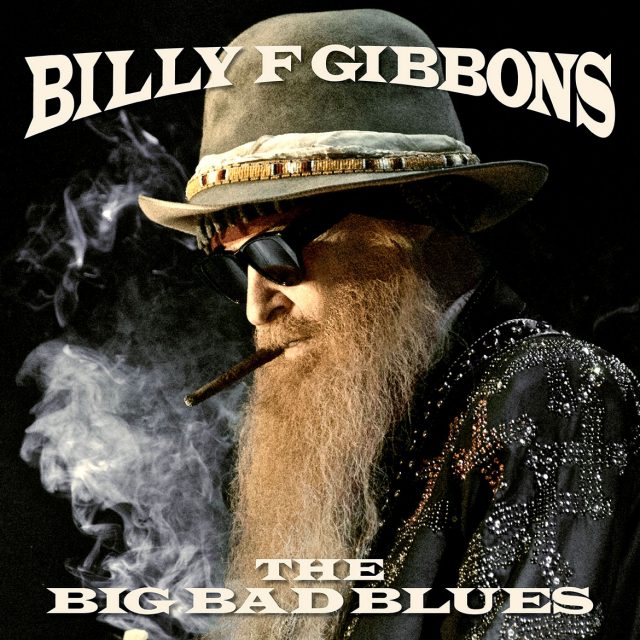 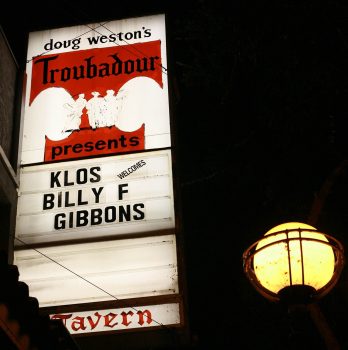 Photographs and Story by Jimmy Steinfeldt

I’ve photographed Billy Gibbons for 36 years and he remains engaging, entertaining, humorous, and photogenic as ever.

Tonight he was touring in support of his new album The Big Bad Blues. His new band features Austin Hanks on guitar and Matt Sorum on drums. Sorum really shines behind the drum kit including a super solo on their rendition of Whole Lotta Love. I first worked with Sorum back in the 80’s when he was drumming with The Cult. We met up again in Paris in late 1989 and later I was honored to photograph the cover of his album Hollywood Zen. Elwood Franics, one of the world’s premiere guitar techs and long time associate of Gibbons’ sat in on some songs, as did blues great James Harman who performed harmonica duties. 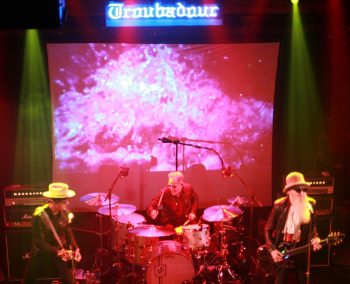 During the show Billy said he knew James for 50 years. After the show I asked James how they met. “We were on our hands and knees digging through boxes of records and the record store owner said ‘oh did you two come together?’ We said no. ‘But you know each other right?’ We said no. That man introduced us and we’ve been best friends ever since.” 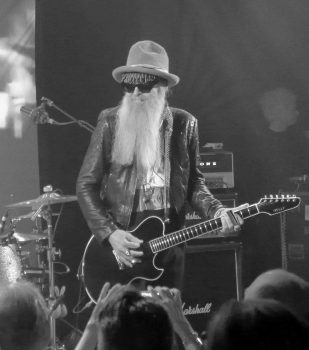 The concert was excellent with rousing renditions of songs old and new. From the new album: “Rollin’ And Tumblin’”, “Missin’ Yo’ Kissin’”, “Hollywood 151”, and “Bring It To Jerome”. Classic songs from the ZZ Top catalog included “Thank You”, “Jesus Just Left Chicago”, “Just Go Paid”, “Blue Jean Blues”, “Thunderbird”, and “Le Grange”. An evening highlight was when a fan in the front row handed Billy of copy of the vinyl LP Eliminator. Billy autographed it and then with great humor started to auction it off to the crowd. Of course he handed it back to the fan and then said “How about we play one of the songs off this album.” 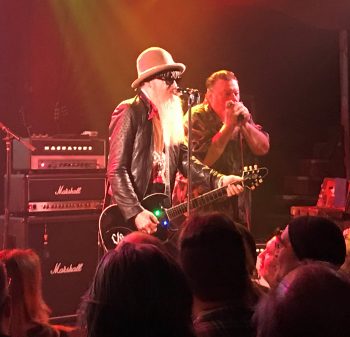 The band broke into a great rendition of “Sharp Dressed Man”. They also played “Folsom Prison Blues” and Billy really enjoyed playing that signature guitar solo. I worked many times with Johnny Cash over the years and I’m sure he would have approved! Another special moment was when they played my all time favorite 1940’s tune “Route 66”. That song was written by Bobby Troup when he and his wife were traveling across the country on the historic highway. Some of the songs on the new album were written by the great bluesmen of the past, Muddy Waters, and Bo Diddley.

The Big Bad Blues album is a tribute to the blues and should be in every blues lover’s record collection.

To learn more about Billy Gibbons, his music, his tour dates and more go to https://www.billygibbons.com/ 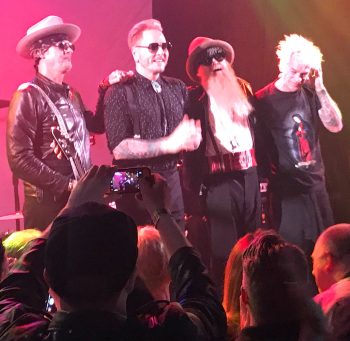 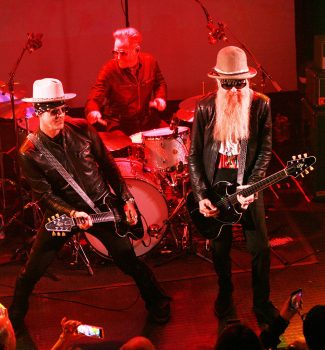 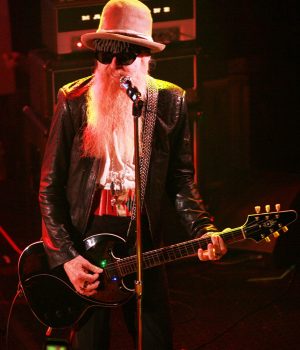 Don’t forget to check out Jimmy Steinfeldt’s collection of photos on his website: http://jimmysteinfeldt.com/