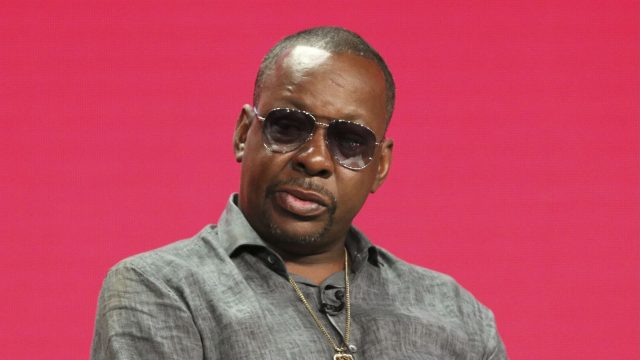 Beverly Hills, CA (The Hollywood Times) 8/2/18 – On Tuesday, September 4th and Wednesday, September 5th BET Networks will delve into the unpredictable and captivating life of Bobby Brown in THE BOBBY BROWN STORY, which picks up where the 2017 series THE NEW EDITION STORY left off.  With a career that spans decades — from the R&B supergroup New Edition to a successful solo run — Bobby Brown’s life truly epitomizes the meaning of sex, drugs, and rock and roll!

Hailed as the King of R&B, Bobby Brown is one of the most compelling American artists of the past 30 years.  You will see every little step that led Bobby to where he is today from his family life to his massive musical success in THE BOBBY BROWN STORY.

The series was discussed at a BET Networks panel convened on Friday, July 27th,2018 at the Summer 2018 TCA Press Tours taking place at the Beverly Hilton Hotel.  Present were executive producer Jesse Collins; talents Woody McClain and Gabrielle Dennis, who play Bobby Brown and Whitney Houston; and Bobby Brown himself.

What are some of the juiciest scandals we might witness from the life of Bobby Brown on this series?  To general laughter Brown replied, “I don’t think it’s juicy scandals. I think it’s just the life that I’ve lived.  In my lifetime, I’ve been through things.  I’ve been through ups and downs and some things I’m not proud of but, you know, in order to get where I am right now, I had to go through them.  So scandals, there’s no scandals.  There’s just juicy.”  Fair enough!

What have others gotten wrong about Bobby’s story that this series gets right?  “The basic reason we did this film was to be able to tell my side of the story and that’s what’s gong to happen.  That’s what you’re going to see,” said Bobby.  The reputedly abusive relationship between Bobby Brown and fellow singer Whitney Houston may be one of those things that needs to be gotten right for the record.

If Bobby could travel back in time to the height of his career when he was battling some of his darkest days, what advice would he give his younger self?  “If you have regrets in your life, you can’t grow.  I have no regrets,” said Bobby.

THE BOBBY BROWN STORY takes Brown’s bio from the subject’s childhood right up until the present day.  Hopefully, it will humanize and perhaps even heal him.  Bobby’s “bad boy” image may have come more from his stage presence rather than his personal life, though he and Whitney Houston did struggle with drug addiction.

Big dreams got Bobby to where he is today.  Ironically, he found his authentic voice by getting kicked out of New Edition.  Actor Woody McClain commented on the star’s “big personality” and said he had thoroughly enjoyed playing Brown in the series. 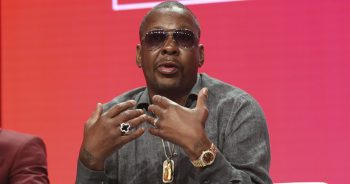 Back when African-American talk show host Arsenio Hall was starting his show, he said, “Bobby Brown is the biggest music star in the world and yet, you never see him on TV.”  Hall was making the point that TV at that time didn’t realize how big the black stars were.  How does Bobby Brown feel about that?

Bobby was around long before social media and knows his chart-topping hits such as “Don’t Be Cruel” would be even bigger today.  During his time, even big stars didn’t expect this sort of notoriety.  But Arsenio Hall did provide a platform where performers like Brown could “speak to the masses.”

Brown is a relatively a young man, but he has reinvented himself so many times that it seems almost like reincarnation!  The power of prayer has helped Brown stay grounded through all of these growth cycles.

“My mother always said to keep my feet on the ground. Don’t try to fly too high and once you get that high, just come back down. You know, come back down to the ground,” said Brown.

The stellar rise and near demise of a real legend should make for a gripping series!  We must try to contain our excitement for another month until the series launches in early September.  THE BOBBY BROWN STORY is written by Abdul Wiliams and directed by Kiel Adrian Scott.