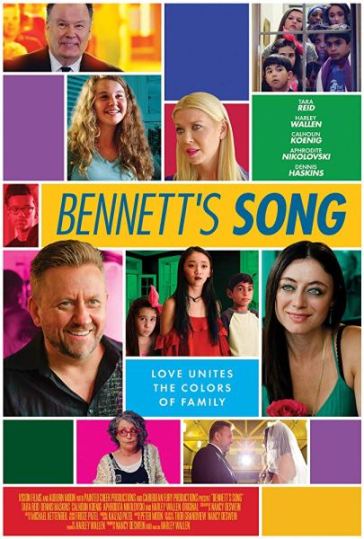 By Valerie Milano
Los Angeles, CA (The Hollywood Times) 6/2/20 – The feel good, romantic, family-comedy “Bennett’s Song”, Directed by Harley Wallen with Tara Reid (American Pie, The Big Lebowski), Dennis Haskins (Saved by the Bell, A Million Ways to Die in the West), Calhoun Koenig (Law & Order SVU, Moving Parts), Aphrodite Nikolovski (Agramon’s Gate, Betrayed) and Harley Wallen (Abstruse, Eternal Code) has already become a darling in the US and now Canada gets the opportunity to fall in love.  As a part of the heart & home on Super Channel where it premieres June 27th at 8PM.

When asked Wallen said “It’s the kind of movie you can watch again and again!  My partner Nancy Oeswein, who also produced the film, wrote a great script of a story with such diversity and togetherness that I feel is really what we need more of especially in trying times like this.”  He continued “I love the inclusiveness of the film and in a day and age of so many “new normals”, “Bennett’s Song” is a new normal I can get behind!”

The Canadian release is timely as the highly anticipated sequel “A Bennett Song Holiday” is nearing completion.

More info at this link: https://www.superchannel.ca/show/77651726/bennetts-song