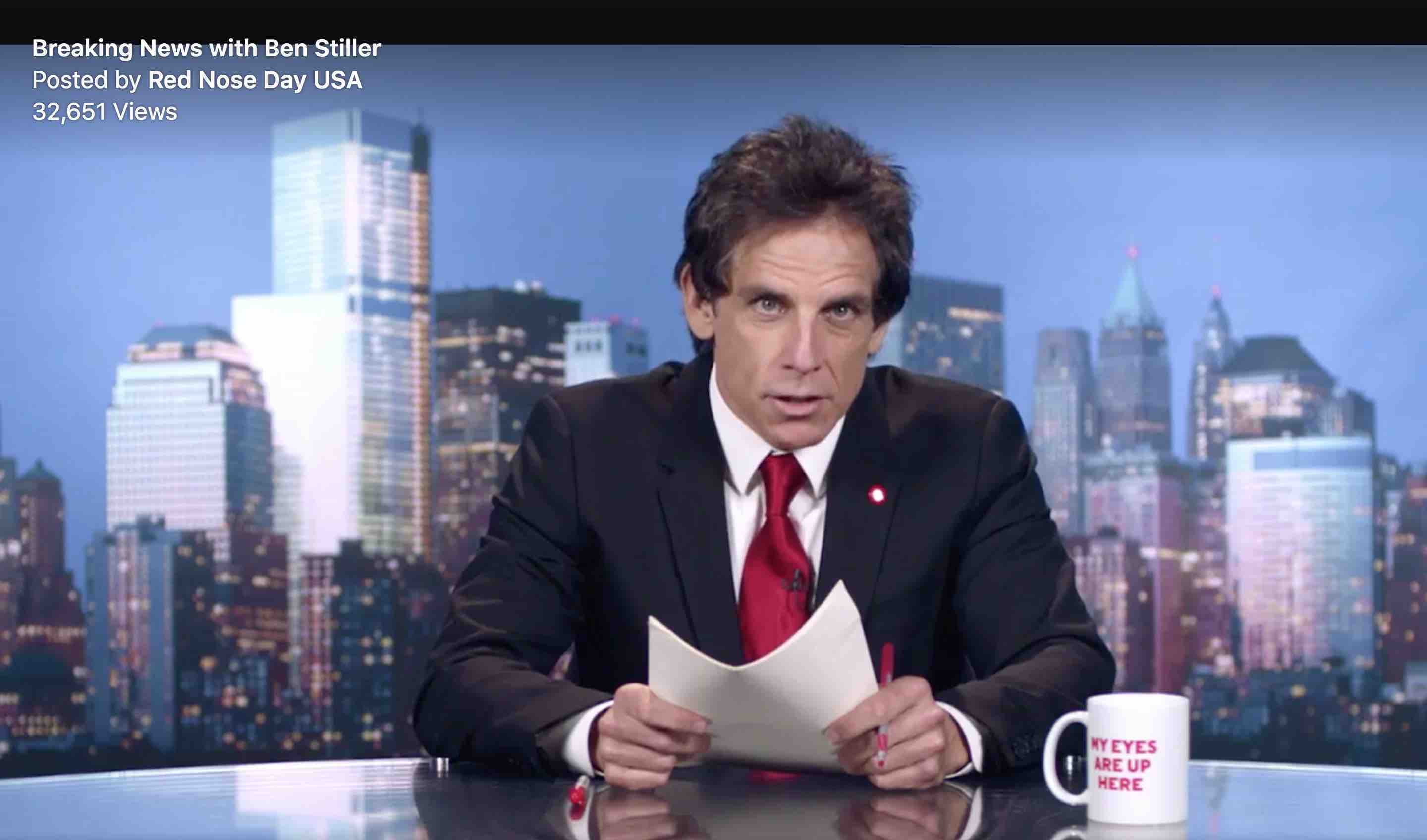 Wanted to share with you a hilarious video that was just released featuring Ben Stiller who reported live from the Red Nose News National News Network to speak directly to his fans about the variety of ways they can raise funds for Red Nose Day happening on May 25 on NBC.

From encouraging viewers to start a swear jar, to binge watching his awful films, dressing weird for a day, whatever it is, it helps save lives so do it! ? Check out the video directly here

Red Nose Day has raised over $1 billion globally since its launch and that’s thanks in part to the incredible participation of people across the country getting involved in new, fun ways every year to end child poverty. Every dollar that is raise on Facebook for #RedNoseDay through 6/15 will be matched by Bill & Melinda Gates Foundation up to $1 million.

The Red Nose News National News Network is live and on-air with host Ben Stiller. Remember, every dollar you raise on Facebook for #RedNoseDay through 6/15 will be matched by Bill & Melinda Gates Foundation up to $1 million. Noses On, Red Nose Nation.

“The Red Nose Day Special,” airing Thursday, May 25 at 10 p.m. ET on NBC, hosted by Chris Hardwick, will feature stars like Ben Affleck, Paul Rudd and Jack Black to the cast of “This is Us,” and will include the much-anticipated short film sequel of “Love Actually.”