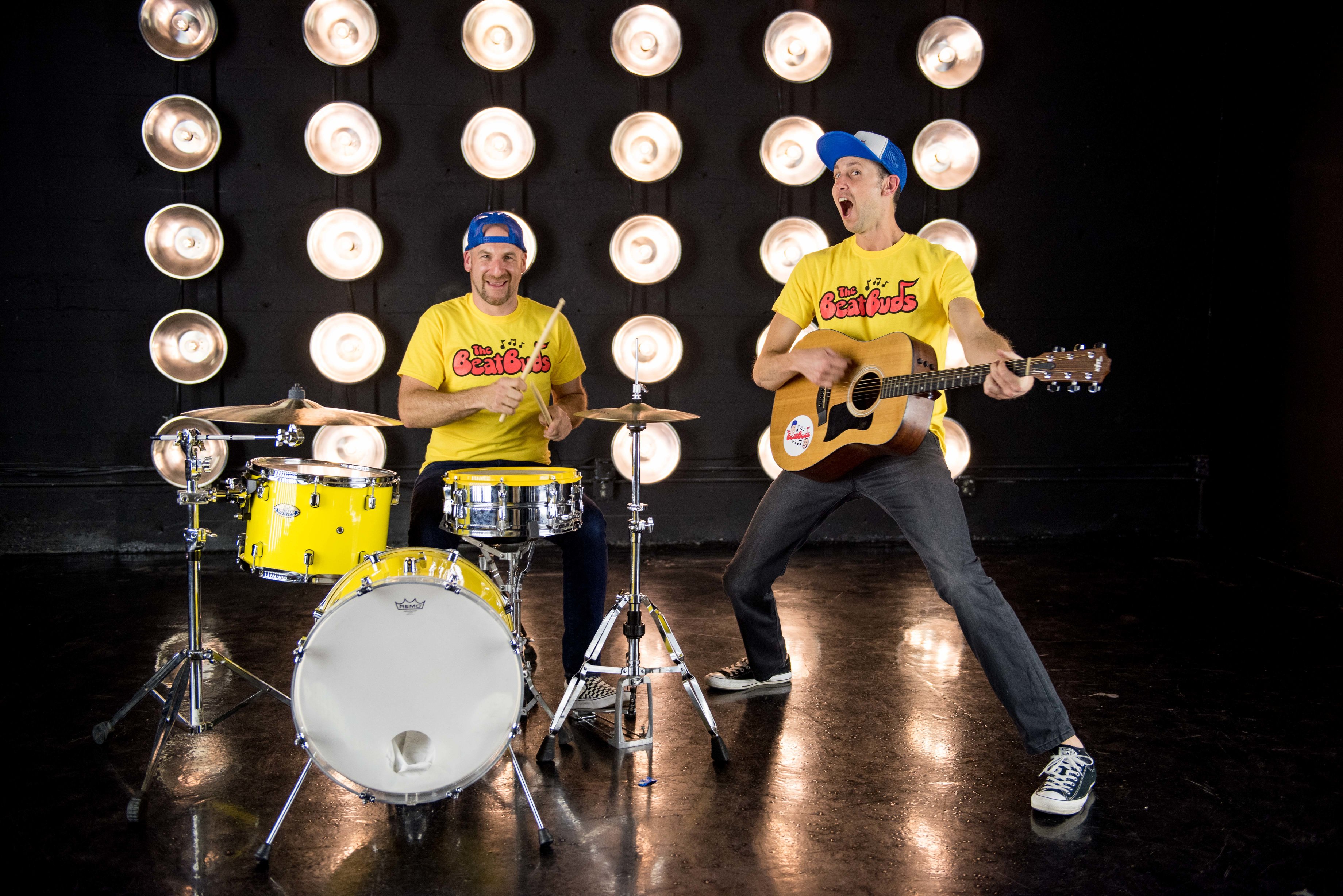 Los Angeles, California (The Hollywood Times) 08/21/2020 –  The popular duo, The BeatBuds launched their new single, “I Have A Voice,” which will be a favorite among their young fans. “We’d love to one day see a big-name popular feature artist jump on and sing this song with us … high hopes, but we think this is the kind of song that has the type of message and reach that can really make a difference, and with a feature artist’s help, that the reach is extended, times 100!”- Matty Shapiro

You are best friends who have been a music duo since 6-years old. You are a favorite among celebrities. What do you think it is about your music that resonates with fans?

Jonny Jonah: We’re not entirely sure, and if there was a formula to finding a successful recipe to writing popular songs, we would have patented it a long time ago! But what we do know is that whatever it is we’ve been doing, we’ve been lucky enough to find success with it and we’re sticking to it. ‘If it ‘ain’t broke, don’t fix it.’ We meld our old taste and styles from the music we love and have always enjoyed playing, with child-friendly topics. And, that adult sound that has a familiar produced sound, which we refer to as “slick,” along with topics that kids can relate to and their parents approve of, has seemed to have made for a good recipe for us and the music we create. But it’s always about our collaboration as longtime best friends and musical partners… we think hard about things like what lyrical themes go with which melodies and beats. Melodies and hooks are probably our calling card, and that’s what we constantly hear families telling us are the things that keep them coming back to a BeatBuds playlist. If we knew what the formula was to come up with those melodies, we’d bottle it for sure! But luckily, it’s just something that comes from within that we’re able to draw out. Not every song melody that we demo is a winner, and our kids and immediate family are a great barometer for those initial ideas. We always go with our gut, so what we are left with when we finally put out an album is generally the best of the best in terms of our melodic ideas.

What is your inspiration for your music?

Matty Shapiro: Our inspiration is drawn from many places including our own early age experiences, our common likes as two best buds and musicians since childhood, and of course, our experiences as dads. But I have to say, a large portion of our songwriting inspiration comes from our experiences in the “field” doing live events for libraries and schools as well as private birthday parties and “mommy and me” classes. The connection we have with families from all the different gigs we do, as well as the level of interactivity built into the performance itself, allows a special dialog with the kids and parents that is imperative to understand what they want and need. It could be as simple as noticing an overwhelming amount of kids wearing dinosaur shirts that leads us to a dinosaur song or an extensive conversation with a parent about the dreaded trip to the doctor’s office that leads to a doctor song. It’s always been a core value of The BeatBuds to try our best to entertain and educate simultaneously, so we aim to find fun lyrical and musical ways to tackle relevant concepts that not only benefit the kids but also keep moms and dads bobbing their heads. 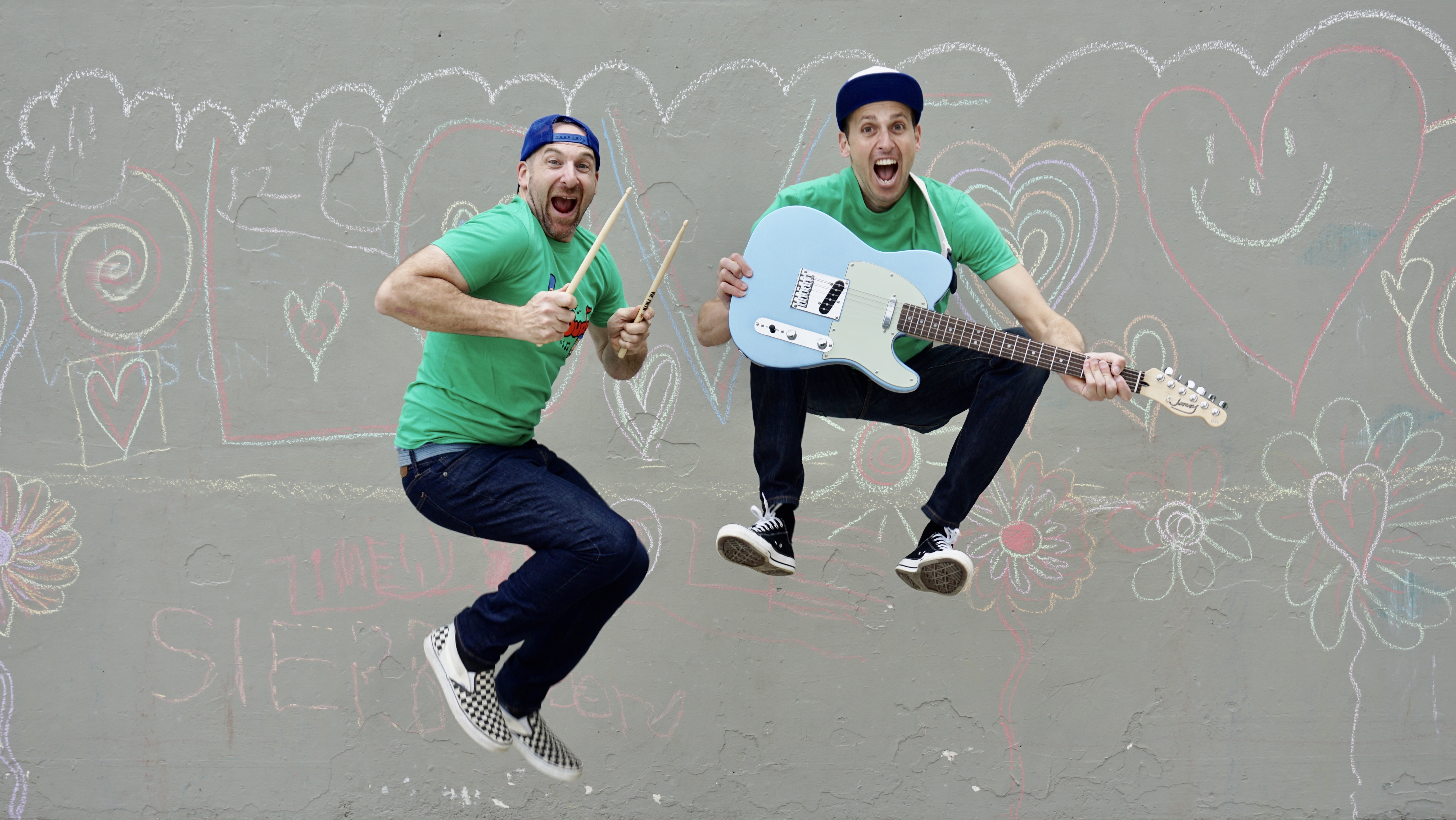 You found your niche as an outfit that writes catchy tunes rich in both spirit and message, lyrically touching upon a multitude of cultural and societal topics. What are your favorite songs?

Jonny: My personal favorite song is “Get Outside and Rock” from our Volume 3 album. It’s probably my favorite because it so closely resembles the uptempo and energetic type of music that we used to play back in our rock n’ roll days together. Aside from that, part of the message in the song is to get off your iPads and video game consoles, go outside and enjoy being a kid. As a parent myself, that’s a message I know is really important to me when it comes to spending quality time with my family. Another one of my favorites is our new single “I Have A Voice.” We really pushed the boundaries in this song in terms of the genres that The BeatBuds can cross. This is a song deep in its message, letting kids know that it’s never too early to understand that your voice matters! And for adults, we want to drive more voters to the polls and inspire people to be the change they want to see. Using music as a platform and our reach to families everywhere, we hope that this song makes some sort of difference. Plus, we really love the way it turned out from a musical perspective because it’s absolutely rockin’!

What inspired you to write your new single, “I Have A Voice?”

Matty: We were in the midst of some of the toughest times we have ever experienced as The BeatBuds. Frankly, we had gotten into a routine of seeing the kids’ daily smiles, and we never imagined in a million years that it could end. We like to say that “we are in the business of smiles” because creating joy through music is our job. Whether it’s a party, a class, or a special event, we spend a ton of time in celebratory situations where smiles are abundant. But when the pandemic hit, our world came to a screeching halt. We quickly moved into the virtual realm to keep the flow happening, but between the strict COVID guidelines, the George Floyd tragedy, and what seemed like social and political disarray, the tension and fear was growing inside all of us. We continued to push and came across an opportunity to do a live virtual concert as a way to reach the kids safely in this tricky time. We welcomed it, started planning, and began to think about how we could use it as a platform to do some good. Normally we would agree on a charity to donate to, but considering the current state of our country and our world, there was a need for something immediate that could not only bring smiles and drive right into the hearts of all people but could also encourage thought and open up a dialog between parents and their kids. The writing of “I Have A Voice” is what came out as a reminder and a tool to make sure that everyone knows they have a “voice” and the ability to make a change toward a better world. We premiered the song live at the concert and are about to release the studio version in mid-August.

Have you always been Advocates for social causes?

Jonny: We try to be and we’d like to always be better. We’ve linked up with different charities for some of our events in the past, like our BeatBASH, which is a giant BeatBuds concert that we’ve done at venues like the Hollywood Palladium and The Fonda Theatre. Some of those charities include Baby2Baby, Rock The Vote, and others. We’ve done some work with Children’s Hospital, and anything we can do to get involved with kids, we try to help where we can. 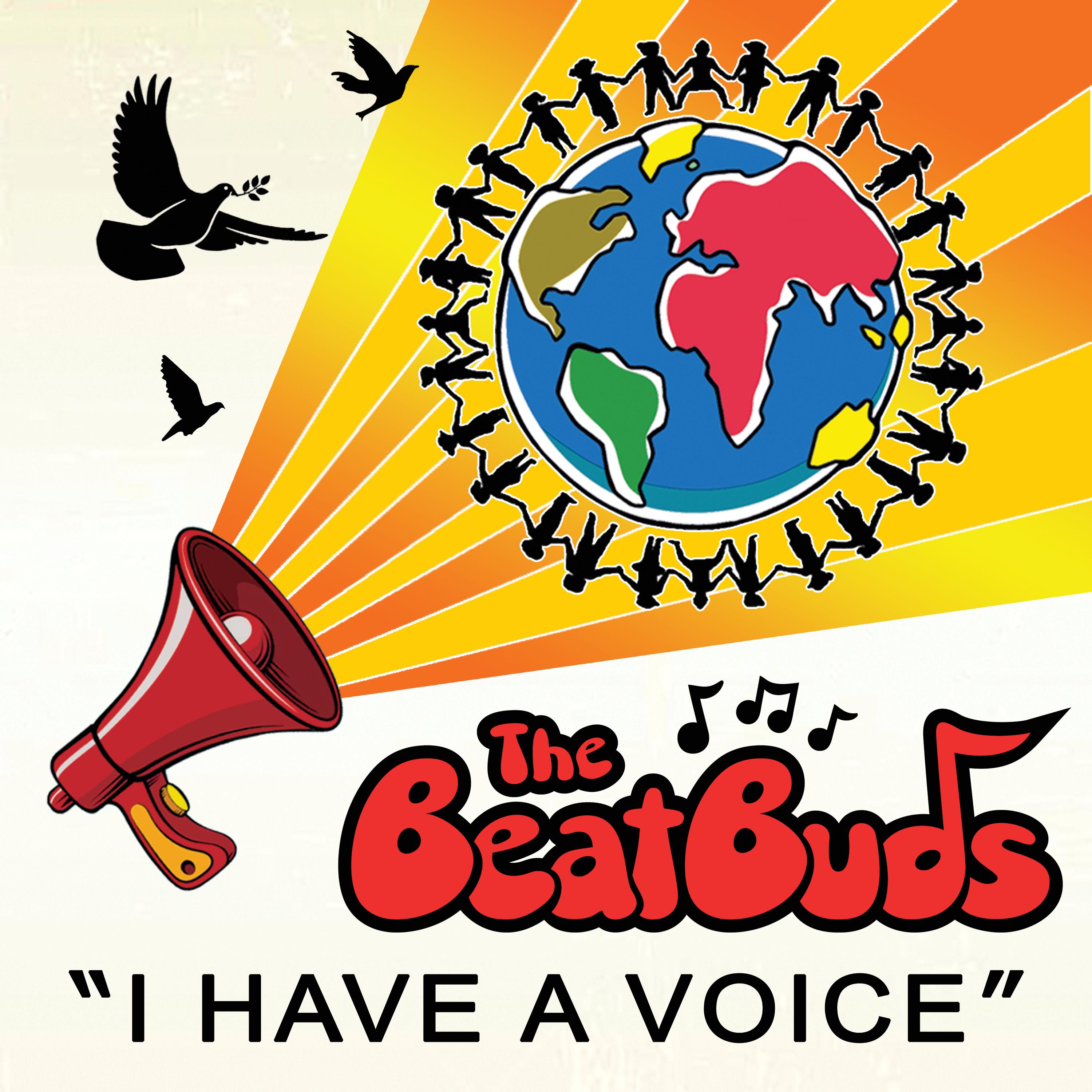 Who are the guest artists on “I Have A Voice?”

Matty: When demo-ing this tune we knew we needed a powerhouse female vocal to complement Jonny’s voice. We had used Winter Rae on previous BeatBuds recordings and wanted to keep it “close to home” by using someone we felt comfortable with and knew would do the song justice. Funny thing is, Winter Rae was nowhere near “close to home,” as she had moved back to her hometown in Iowa. Both Jonny and I knew her involvement seemed unlikely, and we started to search for other female vocalists. But very soon after our search started we got word that she was planning to drive out to LA for a bit of a getaway during these tough times. We knew we had one chance to get her, and this was it. We sent her a rough mix of the song, and luckily, she fell in love with it during the drive out. We had only a few hours to capture her vocal magic, and she nailed it in the first few takes. It was incredible to see. As for the rap portion of the track, we found a cool dude named SOTA through social media. We loved his tone and flow from the samples we had heard and certainly wanted his vocal interpretation. His performance was stellar and it truly gave the song the versatility it needed to effectively deliver its important message to the masses.

What is your hope for your new single?

Jonny: We hope our new single “I Have A Voice” can send a positive message to everyone, not just to our youth, that their voice matters and that they can be the change they want to see. We’d love to one day see a big-name popular feature artist jump on and sing this song with us … high hopes, but we think this is the kind of song that has the type of message and reach that can really make a difference, and with a feature artist’s help, that the reach is extended, times 100! The song is available wherever you stream your music and we’ve also released a lyric video for it so that we can get it out there with time for the song to make an impact before our upcoming elections. We hope that it can bring awareness to voter turnout and get more people registered to vote, if not now than for future elections. But the song is bigger than that, it’s really about having a voice, and that’s not limited to this country or voting. Your voice is important no matter where in the world you live in. And sometimes, when we look at history, the smallest of voices carry the loudest messages.