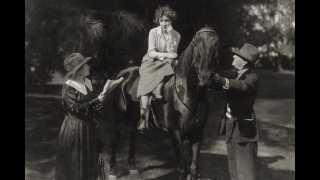 Los Angeles, CA (The Hollywood Times) 8/3/19 – Director Pamela B. Green’s documentary on Alice Guy-Blaché about is a long time coming for historical rights of women in film. The magnitude of what this remarkable woman accomplished in her time as well as her influence on directors (male and female – who heard of her) is profound. She is at last revered as a woman of many talents with a job list – first female director, writer, actor, producer, screenwriter and producer. Jodie Foster narrates as we are shown rare footage of this phenomenon that few know about, even with film shows having been held in her honor.

The age old story of being shut out by an industry one helps create due to her being female isn’t shocking – that it has taken this long to let the public get a glimpse beyond film student classes – is. She wrote, produced or directed 1,000 films, including 150 with synchronized sound during the silent era and her groundbreaking subject matter (child abuse, immigration, men vs. women’s roles, female empowerment) were set against various genres, comedies, westerns and dramas.

Alice has a special place in film history by making the earliest “surviving” narrative film with an all-African American cast.

In Be Natural the over eight years of research that Pamela B. Green did pays off in discovering the real story of Alice Guy- Blaché (1873-1968) as a pioneer to the birth of cinema as well as her acclaim as a creative force to be held in high regard in the earliest years of movie-making. Many interviews can be heard for the first time in Be Natural as Alice is allowed to tell her own story. 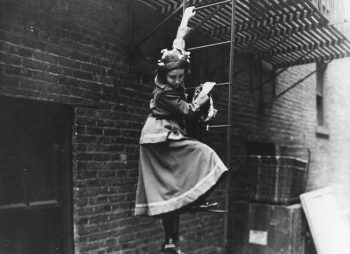 The film premiered in Telluride, New York, Cannes, Deauville and London Film Festivals – in 2018 – as well as Los Angeles recently.

Pamela B. Green has dedicated more than eight years of research in order to discover the real story of Alice Guy-– not only highlighting her pioneering contributions to the birth of cinema but also her acclaim as a creative force and entrepreneur in the earliest years of movie-making. Green discovered rare footage of televised interviews and long archived audio interviews which can be heard for the first time in Be Natural, which affords Alice Guy-Blaché to tell her own story. Be Natural features interviews with Patty Jenkins, Diablo Cody, Ben Kingsley, Kathy Bates, Catherine Hardwicke, Geena Davis, Ava DuVernay, Andy Samberg, Brit Martling, Evan Rachel Wood, Lake Bell, and Julie Delpy among many others.

The documentary is now available nationwide on VOD platforms (ITunes, Amazon) and will be on DVD on August 20th. Benaturalthemovie.com