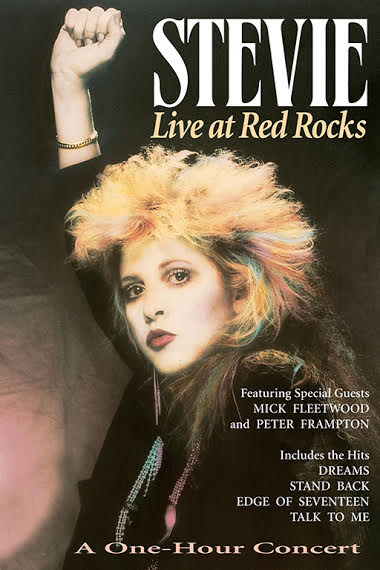 LOS ANGELES – April 18, 2017 – “Go Your Own Way” with AXS TV, as the network celebrates GRAMMY®-winning rock group Fleetwood Mac with the Sunday Night Rocks: Mac Attack marathon airing Sunday, April 30, starting at 4:30pE/1:30pP. The evening-long event puts the spotlight on classic appearances, unforgettable performances, and archive footage, kicking off with an episode of THE BIG INTERVIEW as Lindsey Buckingham sits down with Dan Rather to discuss his passion for music, his early collaborations with Stevie Nicks, and the chance encounter with Mick Fleetwood that changed their lives forever. And Mick Fleetwood talks about some of the band’s most iconic music videos in VIDEO KILLED THE RADIO STAR: THE ARTIST VIEW FLEETWOOD MAC at 5:30pE.

The night continues at 6pE with the 2014 profile series ROCK LEGENDS: FLEETWOOD MAC, taking fans behind the scenes of the band’s unparalleled legacy, and featuring music videos for “Dreams” and “Landslide.” Next, Sammy Hagar cruises to Maui to sit down with Mick Fleetwood for a spirited conversation on art and music, followed by a performance of a Fleetwood Mac favorite at Fleetwood’s On Front St. in ROCK AND ROLL ROAD TRIP WITH SAMMY HAGAR, at 6:30pE. Then, the band brings their smash Say You Will Tour to the FleetCenter for a career-spanning concert featuring trademark tunes such as “Rhiannon,” “Gypsy,” “Gold Dust Woman,” “Go Your Own Way,” and many more in FLEETWOOD MAC, LIVE IN BOSTON, at 7pE.

At 9pE, AXS TV unearths a rare Stevie Nicks performance that captures the soulful siren on the final stop of her Rock A Little Tour, delivering a powerhouse set at the legendary Red Rocks Amphitheatre in the premiere of the 1986 concert film STEVIE NICKS: ROCK A LITTLE. The night features guest appearances by Mick Fleetwood and guitar mastermind Peter Frampton, and includes Nicks’ signature solo tracks “Edge Of Seventeen,” “Talk To Me,” and “Stand Back,” as well as the beloved Fleetwood Mac single “Dreams,” among others. The special earned Nicks a GRAMMY nomination for Best Performance Music Video in 1987. Entertainment One (eOne) handles the Canadian and U.S. TV and VOD rights for STEVIE NICKS: ROCK A LITTLE.

The night comes to a close at 10pE, as Fleetwood Mac’s dynamic duo reunite for an incredible concert in the 2012 special LINDSEY BUCKINGHAM WITH SPECIAL GUEST STEVIE NICKS. During the program, Buckingham shares priceless stories about the meanings—and controversies—behind some of the most memorable songs from his acclaimed solo career and his time with Fleetwood Mac. The set list includes “Trouble,” “Murrow Turning Over In His Grave,” “Big Love,” “Peacekeeper,” and “Someone’s Gonna Change Your Mind,” as well as an emotional duet with Nicks on “Never Going Back Again” and “Say Goodbye.”