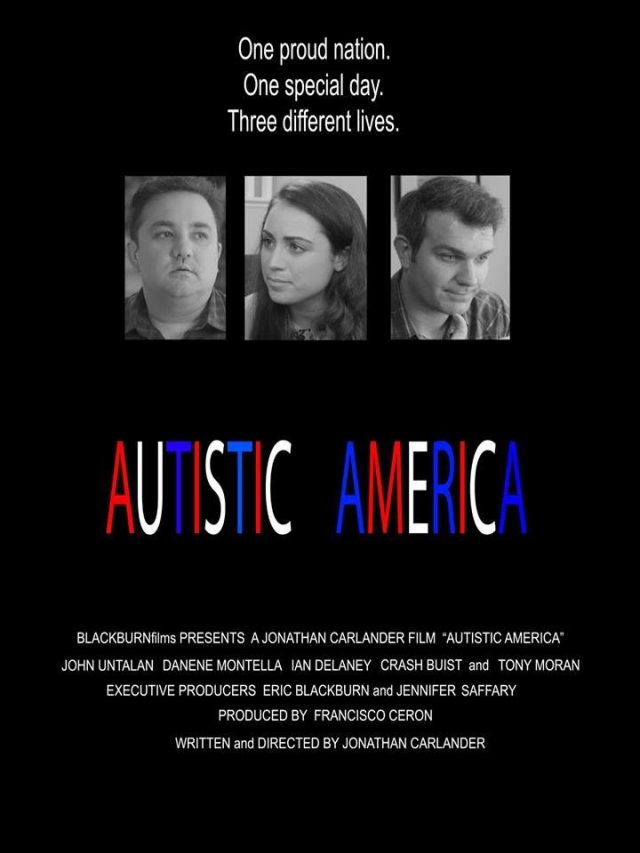 This large and accomplished cast depicts the physical and emotional struggles of three American families living with autism. This wholly-unique production has autistic actors, an autistic crew, as well as an original score composed by autistic music composer Paul Bell. Paul regularly collaborates with our score producer Frank Unzueta, an accomplished composer and musician whose music has been heard around the world.

Produced by Eric Blackburn (BlackBurn Films), in association with BruJaja Productions (Jennifer Saffary, Francisco Ceron) and Jonathan Carlander Films, this short film is an official selection of the prestigious Golden Door International Film Festival 2018, which is located in New Jersey. This auspicious fest has a program highlighting autism awareness in Fine Arts, which we have been accepted into. Our film has also been accepted into the Glendale International Film Festival, which is located in California.

“Autistic America” was also shown just prior to many screenings of “Avengers: Infinity War” across several cities in the US this past summer, specifically for the benefit of families living with autism. Also, with the help of Pieces of Me, Inc. (a prominent non-profit here in Southern California, headed by an extremely-generous woman named Tamika Austin), our film was shown in a private screening at the famed LA Live Regal Cinemas. This generous non-profit holds a great many events in their community, and they have decided to use this film as a motivational and teaching tool for the families they work with, as they cope with the many struggles “Autistic America” touches on.

We are also pleased to report that Steve Turner, a renowned Ventura College Special Education teacher, has also chosen to become a lending talent for this film; he has screened it at a well-attended event to promote diversity and inclusion of differently-abled artists, as well as other aspiring professionals. Steve is nothing short of a warrior when it comes to creating and inspiring self-acceptance for those who most badly need it (which is often achieved by hiring autistic guest speakers, who go on to motivate many of his special needs students), and he tirelessly advocates for the positive release of emotions through the beautiful art of filmmaking.

Our writer and director, Jonathan Carlander, has a degree in Fine Arts from the prestigious Columbia College Hollywood; he has devoted his life’s work towards creating films of all lengths and genres that help to raise autism awareness. He is currently crowdfunding for his next project, which he hopes will facilitate his quest towards entertainment industry inclusion…for his many peers and colleagues, as well as himself.