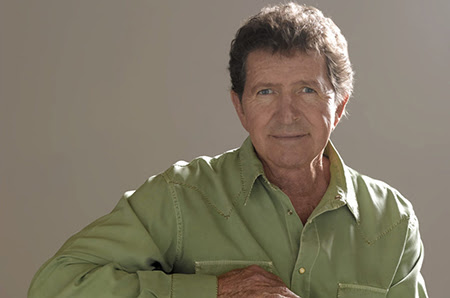 Mac Davis, a Country music singer, songwriter, and actor, originally from Lubbock, Texas passed away on Tuesday September 29. He enjoyed much crossover success. His early work writing for Elvis Presley produced the hits “Memories”, “In the Ghetto”, “Don’t Cry Daddy”, and “A Little Less Conversation”. A subsequent solo career in the 1970s produced hits such as “Baby, Don’t Get Hooked on Me”. He also starred in his own variety show, a Broadway musical, and various films and TV shows. Artists and industry friends shared memories and statements upon learning of his passing.

“So saddened with the loss of Mac Davis and my heart is so heavy for his family, friends and fans. I have never heard of anyone who didn’t love Mac….everything about him. I just recently featured him on my SXM show and talked about his humor as well as his writing and that, like Roger Miller, he had a way of putting it all together. He will be remembered with love and laughter.” –Jeannie Seely

“Mac was the real deal – a brilliant songwriter, wonderful entertainer, great TV host and actor. For years, we shared Managers (Jim Morey), and we always heard from him what a genuinely nice guy Mac was. A true loss – RIP.” –Marlon Hargis / Exile

“Mac Davis was a national treasure. His songs, his voice, his stories, his funny sweet nature, and his tv and movie rolls will live on forever in the hearts of all of us who had the pleasure of knowing him, but as well in the hearts of strangers cause Mac never knew a stranger. He will be greatly missed. Rest well friend…we rejoice in your name today as you move on to the promised land!” –Heidi Newfield

“I was fortunate to be friends with Mac over the years. We had a lot of fun working on Rodney Carrington’s television series together. With great respect, may he RIP.” –Steve Dorff

“As a young wanna be songwriter in Kentucky watching Mac Davis on his Mac Davis Hour was an inspiration and lesson in the magic of creativity. He would ask the audience to give him a song idea or title and he would come up with a song right on the spot. It showed the genius he was. He made it look fun and easy yet at the same time, totally professional and I was in awe of his talent. I realized then I would love to do that. I loved that he kept reinventing himself and kept writing and writing, sharing his talents with younger Nashville songwriters. Everyone wanted to write with him. He was one of a kind and will be missed.” –Kent Blazy

One of Mac’s most successful songs, “It’s Hard To Be Humble,”  became a worldwide hit in 1980. I found it ironic, because Mac truly was one of the most humble humans on earth. His heart was full of humor, love and compassion. Qualities all too rare these days. Our condolences go out to his wife, Lise, sons Scott, Noah and Cody on their loss.” –Dallas Wayne / SiriusXM

“When my song, “One More Day” was number one, Mac got my number from BMI and called to congratulate me. I had never met him, but he was my first introduction to how songs were written when, on his weekly TV show, he would take an audience member’s song idea and write a song right there on the spot. I was just a little kid but I would try to be like him and write my songs. Never dreaming that years later, he would invite me to come write with him in L. A.  Mac and I would write and then he’d tell me stories and I would request songs for him to sing until 1 AM.  It was like my own private show with him singing “Texas In My Rearview Mirror”, “Watching Scotty Grow”, “In The Ghetto”, plus some obscure album tracks and some brand new songs. He wrote songs for Elvis, Glen Campbell, Dolly, Willie Nelson, Merle Haggard, Bobby Bare, Kenny Rogers and more recently, Bruno Mars, Weezer and Blake Shelton. He starred on Broadway, was ACM Entertainer of the Year, had many hits as an artist, starred in numerous movies and TV shows, headlined in Vegas, but most importantly, a great husband, father and a very kind man.  He will be missed so much.” –Bobby Tomberlin