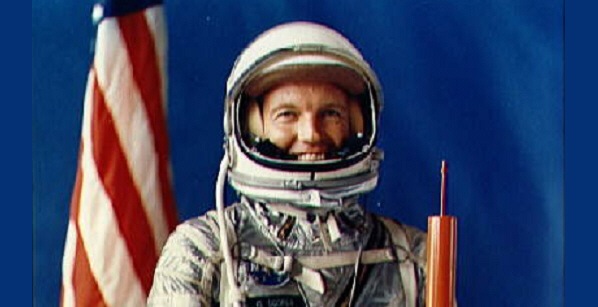 Pasadena, CA (January 14, 2017) – AMPLE the recently launched global production studio dedicated to creating distinct high quality scripted, unscripted and branded content for multi-platforms that is substantive and unexpected, announced at the TCA winter press tour that five of its projects have been greenlit for 2017 from Discovery Channel, A&E, Science Channel, History Channel and Discovery ID.

AMPLE  is founded by industry vets Ari Mark and Phil Lott, formally announce the formation of their company, along with multiple series during TCA. Ari joined Discovery Channel’s panel to give a sneak peek of the anticipated docuseries, Cooper’s Treasure with Discovery’s Production and Development’s Denise Contis introducing the panel.

Ari Mark, Co-Founder and President, AMPLE, joined the Discovery Channel’s panel with explorer Darrell Miklos, Jerry Roberts (Mercury engineer) and Darryl Frank from Amblin Entertainment providing a sneak peek of one of those projects, Cooper’s Treasure. Cooper’s Treasure is a new 8-part documentary series that tells the incredible story of legendary astronaut Gordon Cooper’s secret treasure map he began from space.  Jerry Roberts, a McDonnell Douglas engineer, discussed the secret that Gordon Cooper had for over five decades.  On the Mercury project flights Gordon’s inflight secret project was to detect any nuclear activities in Cuba instead he detected long lost shipwrecks with priceless value for future exploration.

Specializing in non-fiction content that can live at the intersection of commercial television and premium documentary, AMPLE infuses distinction into any type of content – from crime to lifestyle to adventure as well as feature films and scripted TV series based on IP from the company’s docu portfolio.

“Great storytelling is great storytelling – whether it’s drama or non-fiction, and we want to set the bar high,” said Mark. “AMPLE is about taking an idea and coming at it from an unexpected angle and point-of-view.”

Phil Lott, Co-Founder and President of AMPLE added, “Ari and I met while working on AMC’s The Pitch, and we realized that there was an expanding roster of buyers all looking for something to get excited about. Passion is infectious. And, if we stay true to our passion, we believe we can attract the best filmmakers and networks in the world to work with us.”

In the 1960s, the “Original 7” astronauts were both rock stars and daredevils. With movie star looks and a penchant for sports cars, Gordon Cooper was the youngest and the flashiest of the bunch. As a space pioneer, he first took orbit in Mercury-Atlas 9, setting a record that still holds today for the longest solo space flight in US history.

During one of his key missions, while Cooper was believed to be scouring the globe for nuclear sites, he actually discovered something else: shipwrecks. Working for decades in secret, using the information he collected while orbiting the Earth, Cooper created a document that he thought could lead to unimaginable wealth – a treasure map from space. Uncover the truth – and the treasure – when COOPER’S TREASURE premieres on Discovery Thursday, April 13th at 9pm ET/PT.

Before passing away, Cooper shared his secret with long-time friend Darrell Miklos with the hope that his exploration would continue and the treasure would ultimately be found. Miklos is now setting out on a personal quest to fulfill the legacy of his lost mentor, once and for all realizing Cooper’s long-held dream and proving to the world that the mysterious documents hold the key for a new generation of explorers.

To learn more, go to www.discovery.com, on Facebook at Facebook.com/discovery and on Twitter @Discovery.  AMPLE is represented by WME

AMPLE is a global production studio dedicated to creating distinct high quality scripted, unscripted and branded content for multi-platforms that is substantive and unexpected. Creating films and series that are bound by a sensibility, and that can live at the intersection of commercial television and premium documentary; AMPLE infuses newness into any type of story.

Ari Mark is the Co-Founder and President of AMPLE, a global production studio dedicated to creating distinct high quality scripted, unscripted and branded content for multi-platforms that is substantive and unexpected. Prior to launching AMPLE, Mark was SVP of Original Programming for Xbox Entertainment Studios where he started the digital platform’s ambitious move into television, and executive produced Xbox’s first series Every Street United as well as Zak Penn’s Atari: Game Over and Greg Barker’s The Thread.

Before that, Mark was VP of Original Programming for AMC and was responsible for launching the network’s first push into non-scripted. While there, he developed the network’s most successful series, including Small Town Security, The Pitch, Talking Dead, Comic Book Men and Making The Mob. Mark also helped build AMC’s internal team and workflows from the ground up.

Mark began his film career by making The Gift and an adaptation of The Metamorphosis for Sundance Channel. During his tenure at Sundance Channel, he was part of the team that developed the hit series Iconoclasts, Architecture School and Peabody winners, Nimrod Nation, and Brick City. He also oversaw the network’s feature documentary slate, producing more than 20 films that included Alex Gibney’s Human Behavior Experiments and DA Pennebaker’s War Room Revisited. Mark got his MFA from San Francisco State University.

Phil Lott is the Co-Founder and President of AMPLE, a global production studio dedicated to creating distinct high quality scripted, unscripted and branded content for multi-platforms that is substantive and unexpected. Prior to launching AMPLE, Lott was an executive at Studio Lambert, BBC WorldWide and Gurney Productions, where he developed and produced some of the most recognizable shows on television. Lott directed the pilot episode of the CBS’ hit Undercover Boss and was responsible for shooting the pilot as Director of Photography and producing/directing season one of National Geographic’s breakout series Locked Up Abroad.

With 20 years of on-the-ground experience, Lott is a sought after showrunner with a name for bringing distinctive cinematic visual style to all of his shows. From AMC Network’s highly acclaimed The Pitch to more than 100 episode formats like Spike’s Auction Hunters.