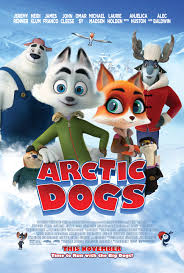 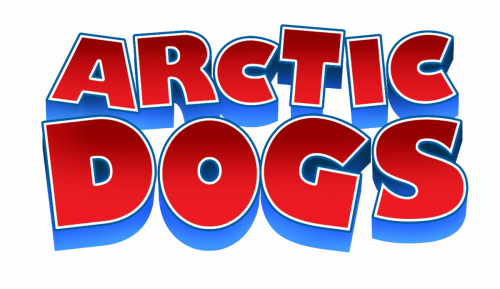 In Theaters November 1, 2019
Swifty the Arctic Fox (Jeremy Renner), works in the mailroom of the Arctic Blast Delivery Service, but he has much bigger dreams. He yearns to become a Top Dog, the Arctic’s star husky couriers. To prove he can do it, he commandeers one of the sleds and delivers a mysterious package to a secret location. Once there, he stumbles on a hidden fortress overseen by the nefarious Otto Von Walrus (John Cleese).
[embedyt] https://www.youtube.com/watch?v=IaHI7ooR1xA[/embedyt]
The blubbery evil genius commands an army of oddly polite puffin henchmen. Swifty discovers Otto Von Walrus’ villainous plan to drill beneath the snow-packed surface to unleash masses of ancient gas to melt the Arctic and become the world’s supreme ruler. To stop this sinister scheme, Swifty enlists the help of his friends: PB (Alec Baldwin), a neurotic polar bear, Lemmy (James Franco), a scatterbrained albatross, Jade Fox (Heidi Klum), a brainy engineer, Leopold (Omar Sy) and Bertha (Heidi Klum), two conspiracy theorist otters and Magda (Anjelica Huston), his curmudgeonly boss.

Audiences will find themselves rooting for Swifty, the adorable Artic fox, who yearns to be a top dog, and then must save civilization from ultimate peril.

“The film centers around this fox named Swifty,” Moloy said. “He lives in a small remote town and his ambition is to become a Top Dog at the town’s courier service. Top Dogs are the vital line between the outer world and the town. Swifty—whose white coat blends in with his surroundings– wants to be noticed and recognized. We follow him through his journey of thinking that being noticed and recognized is the most important thing. But, in reality, we want to show that if he’s true to himself he can achieve so much more in life. Along the way, he joins forces with his friends, PB the polar bear, Lemmy the albatross and Jade the fox, and the object of his affection. The movie also deals with climate change, which is one of the most important issues of our time.”

Some of the key players involved in Arctic Dogs were drawn to participate because of how climate change is incorporated into the adventure saga.

“One of the things that attracted me to the film was the fact that it deals with climate change,” said director Aaron Woodley. “It doesn’t hit the audience over the head with the issue, or get preachy about it. Climate change for me is one of the most important issues of our time and something I feel passionate about. I hadn’t actually seen an animated film deal with the issue. Just the fact that it’s incorporating it into the narrative of the movie, I found really exciting.”

Anjelica Huston, who plays the stern taskmaster Magda– a Russian caribou– found the film an ideal outlet for her activism.

“I think it’s a very pertinent piece,” said Huston. “I’m an environmentalist and global warming means a lot to me. I think it’s maybe the most important message of the 21st

Century. The message is not only accessible to children, but also for their parents. I think a movie like this is not only fun, but it’s also educational and kids love to learn.“

“We all know how badly the environment is suffering at the moment,” Klum said. “If global warming continues, all the beautiful animals we’re showing in this movie will most likely disappear. I think it’s good for children to see and to understand the message.”

An essential character in the movie is the uniquely snowy setting. The filmmakers were intent on capturing and conveying the magic of the vast Arctic atmosphere.

“The Arctic is a wonderful backdrop to make a movie in,” Woodley said. “There’s a sense of the frontier, the Arctic tundra, the epic quality is really visually stunning—we really tried to capture some of that beauty.”

The town of Taigasville couldn’t be more remote.

“It’s a small town at the top of the world,” said Woodley. “It really has a sort of classic fairy tale sense about it, almost like a Santa’s village.”

Given its distance and other-worldly ambience, Taigasville, population 300, has a storybook timelessness to it.

“It feels a bit lost in time,” said Woodley. “ So much of their technology is antiquated, sort of like they’re out of step with the rest of the world. You don’t know if this is 50 years ago or some time in the future even. I think that adds a real classic sensibility to the movie.”

And key to establishing the Arctic atmosphere was capturing the essence of the very specific light in those northern reaches.

“What visually struck me about the Arctic is the quality of the light,” said Woodley. “It feels like you’re closer to the sun in a way. So we use really bright hot lights that sort of almost blow out areas of the frame to give you a sense that there’s really nothing between you and the sun. We used a super reflective white surface that I found really fun to work with. It brings a sort of stark and interesting look to the movie. There are

these cold blue icy areas on the exteriors and warm interiors, a really nice dynamic range of looks to the film.”

Jeymes Samuel is a filmmaker, producer, singer, songwriter, and composer from the UK. Under his musical moniker ’The Bullitts’, Samuel released his highly acclaimed, self-produced debut album “They Die by Dawn & Other Short Stories,” featuring Yasiin Bey (aka Mos Def), Tori Amos, and Jay Electronica with narration from Lucy Liu. He was chosen by Jay Z and Baz Luhrmann to serve as the Executive Music Consultant for the Academy Award winning film, The Great Gatsby, whose album went on to sell over 500,000 records worldwide. Samuel is currently in pre-production on his new feature film, an epic western titled, The Harder They Fall. The movie boasts an entirely original soundtrack and score, entirely written and produced by Samuel.

David Buckley just finished the score for the remake of Papillon (starring Rami Malek and Charlie Hunnam). He also scored Jason Bourne, directed by Paul Greengrass and starring Matt Damon, and the Sasha Baron Cohen comedy The Brothers Grimsby. His previous film credits include thrillers Trespass and Blood Creek, The Town, The Forbidden Kingdom and for TV he composed the music for The Good Wife and is currently scoring for The Good Fight.

As well as his stellar acting career, Renner is a singer/songwriter, guitarist, keyboardist and drummer. Early in his acting career he performed in the Sons of Ben. For the soundtrack of North Country he performed “I Drink Alone.” In the 2006 film Loves

Comes to the Executioner and in the 2007 film The Assassination of Jesse James by the Coward Robert Ford, Renner performed the songs “American Pie” and “Good Ole Rebel” respectively. He also appeared in music videos “Trouble” by Pink and “Scenes on Sunset” by Brother Sal. Renner has written 5 songs for Arctic Dogs.

Eric Zayne is a Canadian-born singer/songwriter/producer and a frequent music collaborator with Jeremy Renner. Together they have written many of the songs for Arctic Dogs. Zayne’s musical sound is as unique as his background. Raised in the Democratic Republic of Congo, Zayne was suddenly evacuated to Montreal as a child without his family when civil war erupted in the late 1990s. As a refugee in Montreal and out of contact with his family, Eric found a way to connect through music, dedicating and teaching himself how to play multiple instruments, learning how to sing, write and produce. 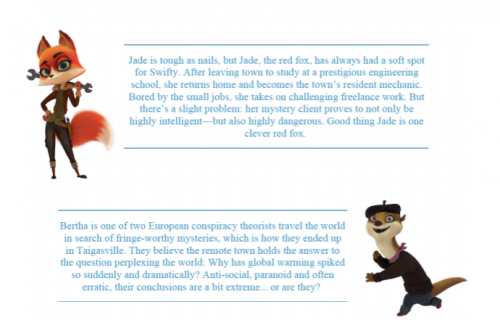