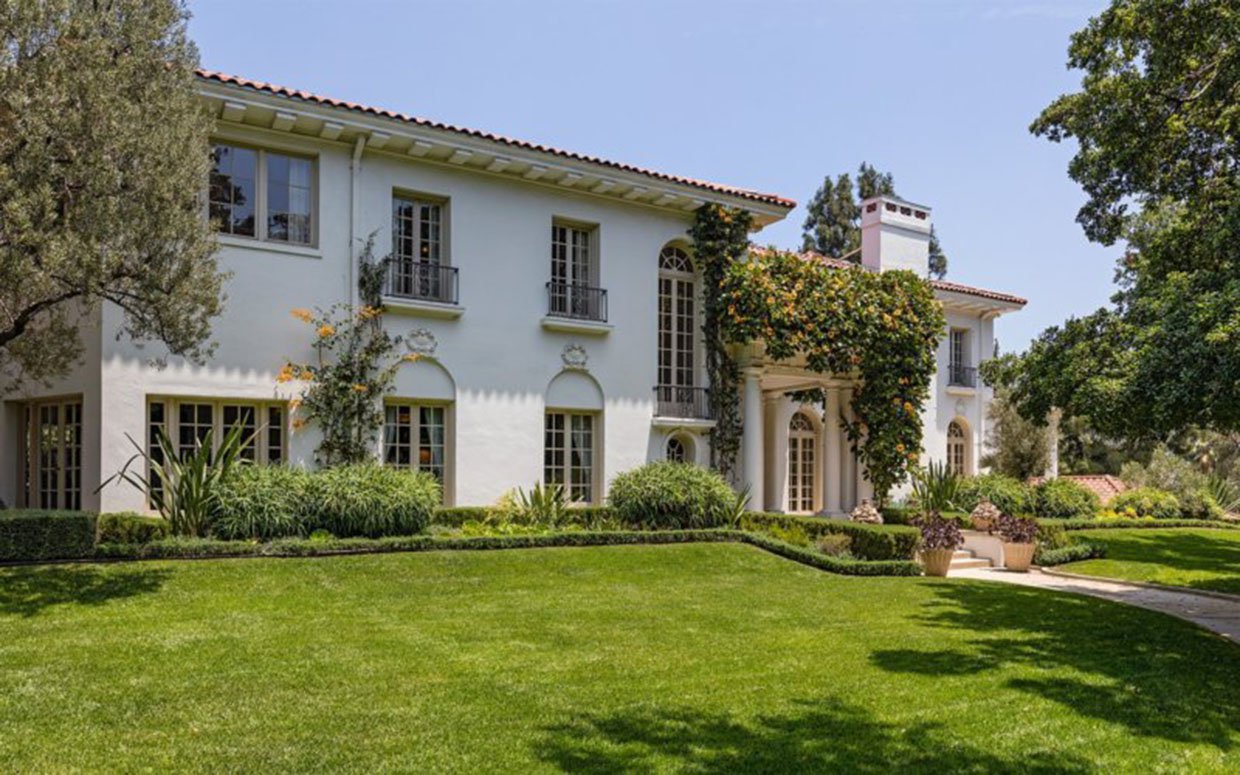 DeMille, who produced and directed dozens of movies including “The Ten Commandments,” “The Greatest Show on Earth” and “Exodus,” acquired his mansion in 1916 on a street now named after him and lived on the estate until his death in 1959. Built on the largest and highest lot in Laughlin Park, Angelina Jolie’s home has panoramic views that extend from the Griffith Observatory to the Pacific Ocean. 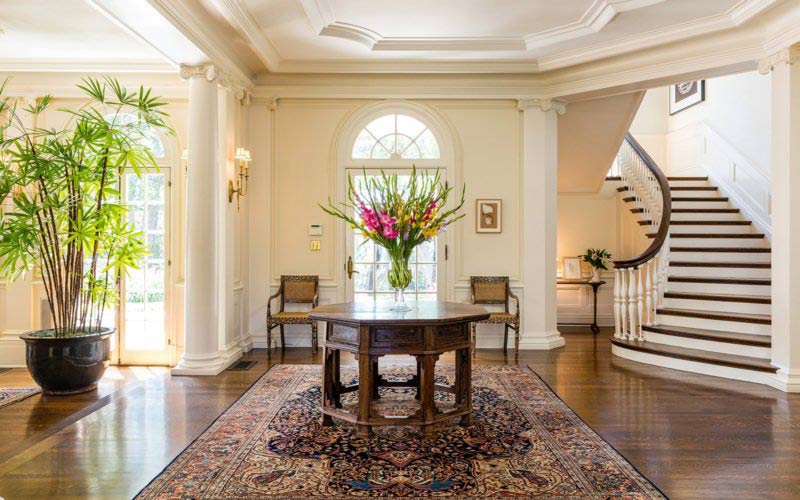 Perched high above lawns, mature trees and flower gardens, the 11,000-square-foot, six-bedroom, ten-bath Beaux Arts-style mansion has a curved stairway in the foyer, formal living room with fireplace, mahogany-paneled dining room, library with custom floor-to-ceiling shelving, updated white kitchen with marble counters and restored vintage range. There are multiple venues on two acres for entertaining both inside and on outdoor terraces.

The DeMille mansion is located in the Los Feliz area of Los Angeles in the gated Laughlin Park, one of the city’s earliest celebrity neighborhoods preferred by stars such as W.C. Fields, Charlie Chaplin and DeMille. Today’s residents include Natalie Portman, Kristen Stewart and recent Oscar-winner Casey Affleck. Brett Lawyer, Branden Williams and Rayni Williams of Hilton & Hyland held the listing. 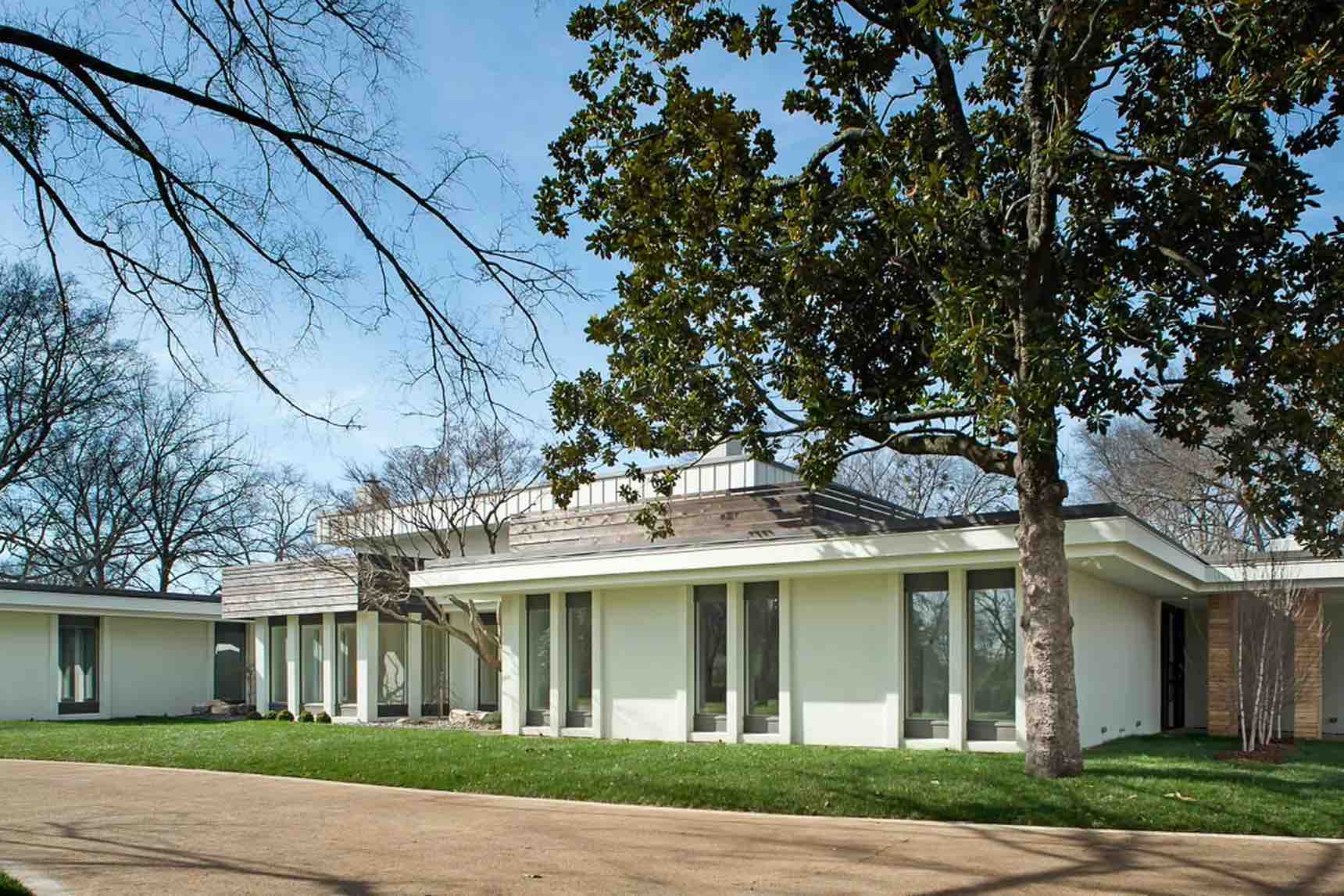 Born Virginia Wynette Pugh in 1942 in Mississippi, Tammy Wynette was the #1 female country star from the late 1960s to ‘70s whose most popular recording was the hit “Stand By Your Man” – a title that has perhaps become even more famous than the song. She was inducted into the Country Music Hall of Fame in 1998, considered by many critics to be one of the greatest and most influential female singers in country music history.

Widely known as The First Lady of Country Music, it was fitting that she named her sprawling Nashville estate First Lady Acres. Given to her by her country star husband George Jones as a wedding gift in 1969, Tammy continued to live in the house until 1992.

Now updated and for sale, it is one of Nashville’s most significant modern designs with a sleek new minimalism, ultra high-end materials and open-floor plan – a long distance from its country roots. Within its 10,000 square feet are nine bedrooms, nine baths, chef’s kitchen with its own fireplace, butler’s pantry, wine wall, formal rooms, home theater, gym, steam room and a combination storm shelter/safe room. 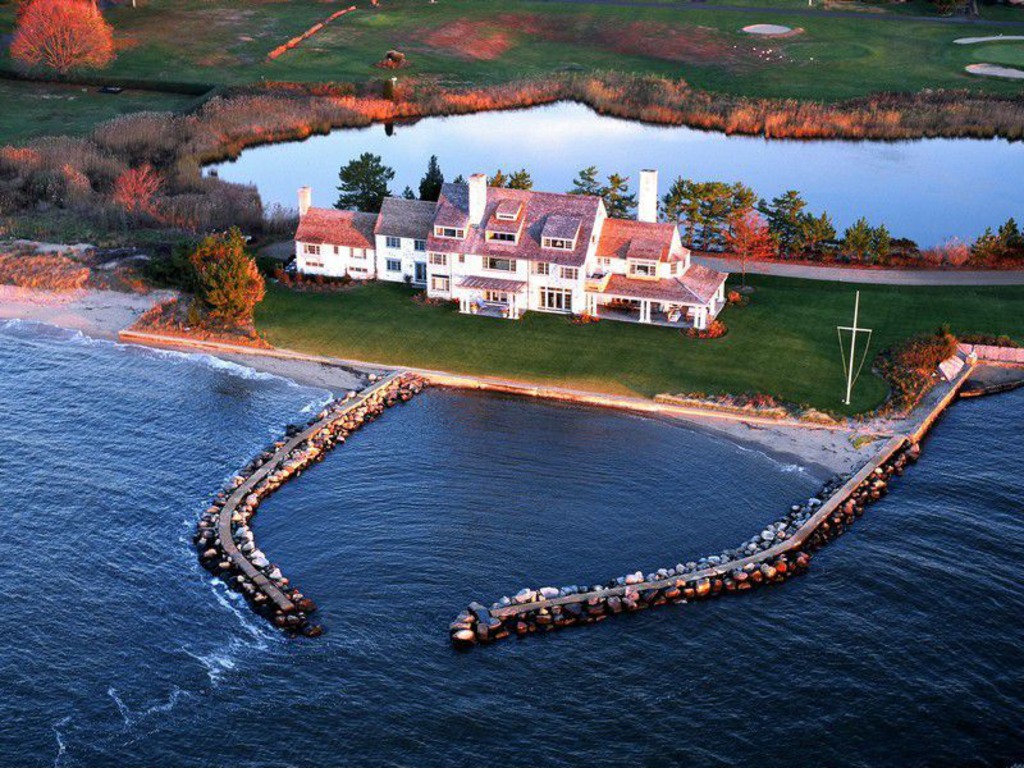 The Katharine Hepburn home in Connecticut where she spent her summers for most of her life and lived full time for seven years until her death in 2003 is for sale at $11.8 million. The original home was destroyed by a hurricane in 1938 and rebuilt by Katharine.  Separately for sale at $5.88 million is a three-bedroom beach house next door built in 2015.