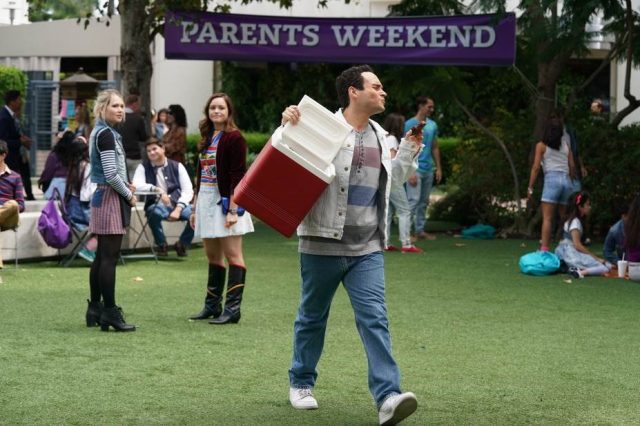 ERICA HAS A PLAN FOR PARENTS WEEKEND; WHILE HOPING IT’S DANA, ADAM GETS A NEW LEADING LADY IN THE SCHOOL PLAY, ON AN ALL-NEW EPISODE OF ABC’S ‘THE GOLDBERGS,’ WEDNESDAY, OCT. 23

“Parents Thursday” – While at school, Erica attempts to fool Beverly into thinking Parents Weekend has been rescheduled to Parents Thursday so the family won’t attend … but the smother knows better! Meanwhile, William Penn is doing “Romeo & Juliet,” the perfect play for Adam to romance Dana until someone else gets the leading lady, on the fifth episode of season seven of “The Goldbergs,” WEDNESDAY, OCT. 23 (8:00–8:30 p.m. EDT), on ABC. Episodes can also be viewed the next day on ABC.com, the ABC app and Hulu.

A TV parental guideline will be assigned to this episode at a later date.

For more information about “The Goldbergs,” visit abc.com.