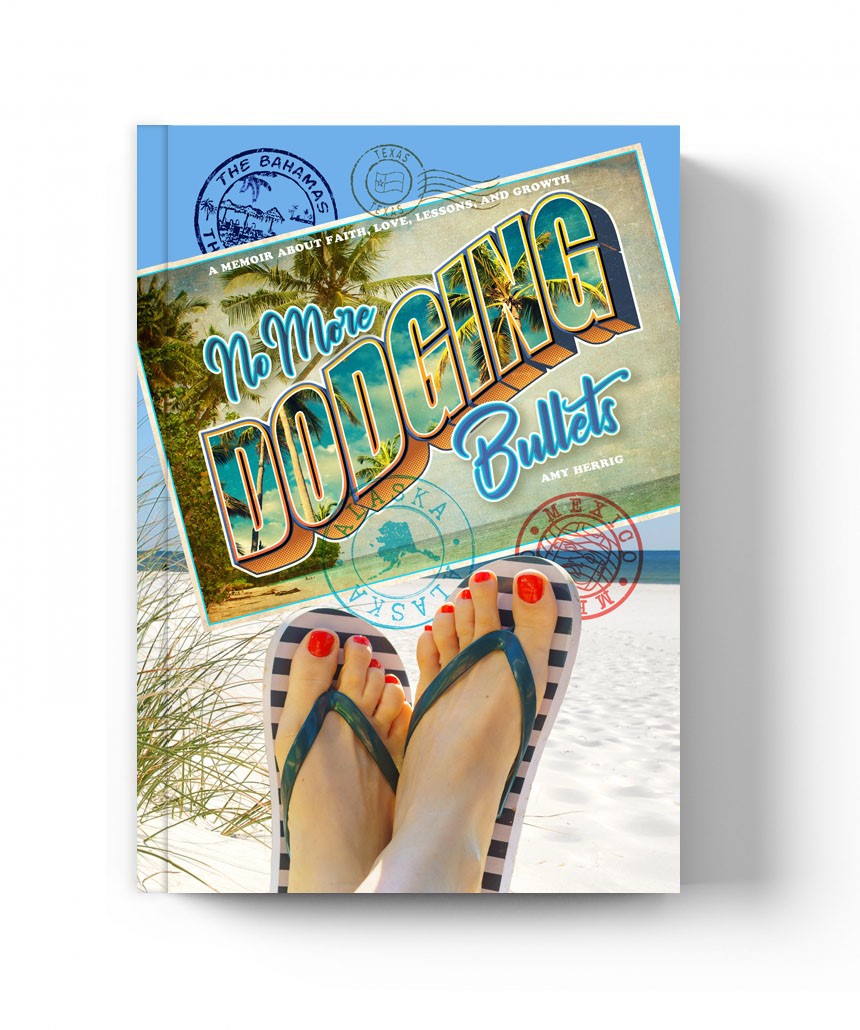 Los Angeles, CA (The Hollywood Times) 12/28/19 –  Amy Herrig has dodged bullets for many years of her life. Having overcome drug addiction and later, money addiction, Amy thought the worst was behind her when an unprecedented attack and overreach by the government had her tied up in a 4-year legal battle―but it didn’t stop there. She then took on her worst adversary -– breast cancer! Her book, No More Dodging Bullets tells Amy’s inspiring story of ultimately finding joy and gratitude in the things that matter most in life.

My upbringing was happy and idyllic in many ways. I was an only child and the center of my parents’ universe. They took me practically everywhere with them, and I was often treated like a “little adult.” I had plenty of love and attention, and my parents were eager to teach me new things and encouraged my inquisitive spirit and nature. As my parents’ business became more successful, my childhood also became more privileged from a monetary perspective. My upbringing though was unorthodox in some ways. As a young child, I attended Montessori school, which was not near as mainstream as it is now. My parents embraced the hippie philosophy and lifestyle in many ways, and their business and our life were considered counter-culture by many. They owned “smoke shops” and were supporters of marijuana legalization and smoked marijuana openly and regularly, we were vegetarians, and they spent many years embroiled in legal battles with the government. However, even though I knew my family was different than many of my friends’ families and that did sometimes give me some insecurity, I also know above anything else that I was loved and valued and that our family was very close and we had strong communication and positive interaction.

Do you believe things happen for a reason?

I absolutely believe that everything happens for a reason. I find it impossible to think we are all just bumbling around in this life reacting to what randomly happens to us by coincidence. What I also believe though is that we don’t usually know the reason why things are happening, or if we do know, then it’s way after the fact. What I struggle with the most is wanting to know the reason right away. When things are happening, I want to know right then and now what the reason is and how I’m going to use it as an opportunity for growth and learning. The problem though is that we aren’t supposed to know at the moment why something is happening because if we knew it would be easy and then we would miss the lesson we are supposed to be learning. But without a doubt, I think one of our main purposes for being in this life is to grow and learn and develop into our best self, and everything that happens should be a step toward that. We all make mistakes, but I believe a mistake is only a mistake if we don’t learn from it or we do it again and again, otherwise, it’s a lesson and part of our experience as human beings.

Have drugs always been a part of your life?

Marijuana was always part of my life, although even though it meets the definition of a drug (a substance that changes the way the body functions) I don’t consider it a drug in the same way I consider drugs like cocaine and heroin. I tried marijuana for the first time when I was a senior in High School. I wasn’t overly impressed with it, and it certainly wasn’t a regular part of my life personally, even though my parents smoked it. Then about halfway through my Senior year, I began a very unhealthy relationship that was filled with abuse and lots of drugs. Around the same time that I began that relationship, my parents divorced, and my world sort of crumbled around me. It was a “perfect storm” – my world as I knew it with my family was ending. I was graduating High School so I was feeling a little lost and transitional, and I had a boyfriend who was a very negative influence and wanted to “help” me deal with my troubles by giving me lots of drugs. I was very susceptible and impressionable at the time. Eventually, the drug usage led to a heroin addiction, and I could have lost everything, including my life, but I was ultimately spared and saved when my boyfriend was arrested and taken out of my life and I was given an opportunity to start over and I had a lot of love and support from my family. 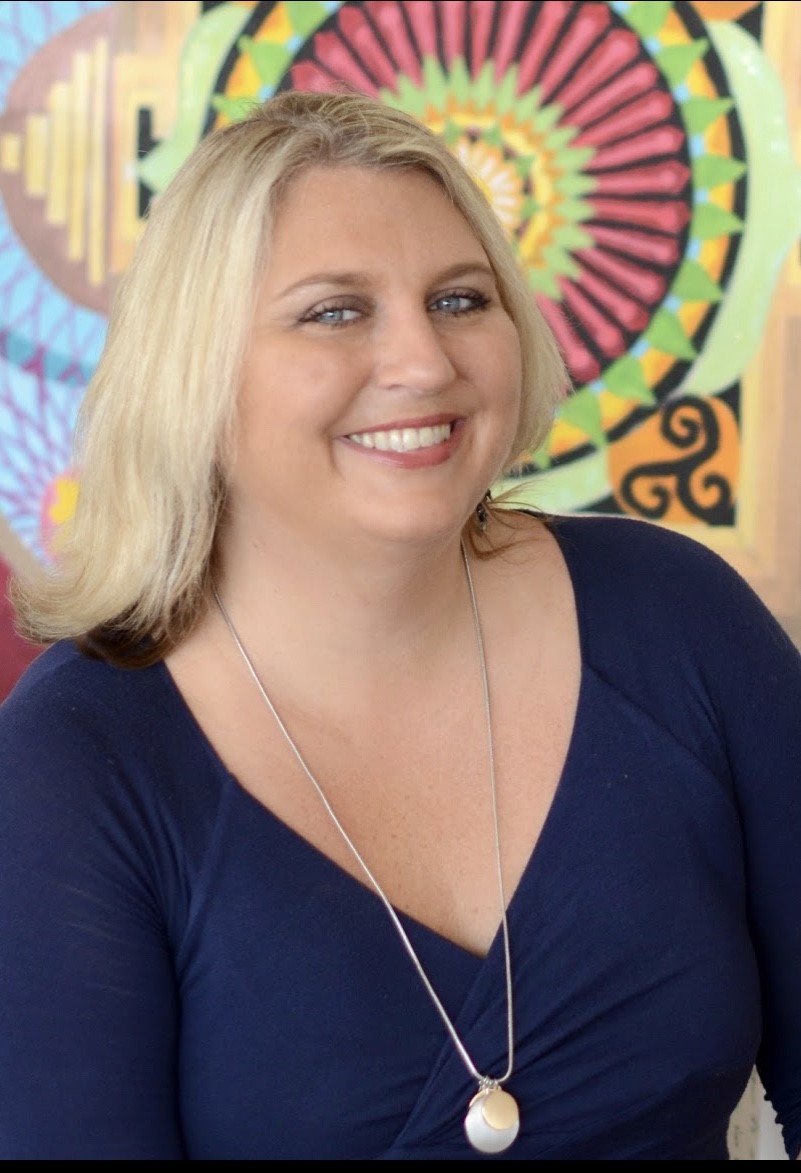 How have you dodged bullets?

Surviving a heroin addiction is dodging a huge bullet. Many people die from an addiction of that nature. It’s like playing Russian Roulette with your life. I knew when I made it through that how lucky I was and that not everyone makes it to the other side of that, but I was also young (20) and kind of immature and didn’t know at the time how to use that experience as a positive and to help others by sharing my story. I was grateful but overwhelmed by the experience and sort of “swept it under the rug” because of fear, guilt, and shame. It would be many years later that I would learn to use that experience as a platform for positivity and to help others.

I’m also a cancer survivor. I was diagnosed with Stage III breast cancer when I was 41, and that came out of “left field.” It was right in the middle of a very stressful time in my life, and I’ve often wondered how I would have dealt with cancer had I not already been going through something else very horrific. When I received the diagnosis, I was upset and overwhelmed, but I also thought “well, let’s just add it to the list of everything else happening.” I went through the treatments, and after determining that cancer had indeed not spread beyond my lymph nodes, I understood that it was very treatable, and maybe even curable, but I was going to have to go through a lot of unpleasant things to make it to the other side of that, and I did. I knew I was fortunate to have survived and go through all the treatments with little to no extreme detrimental effects, but I was so wrapped up in the other drama in my life that I couldn’t fully focus on  cancer or the blessing of my recovery.

Then I dodged the bullet that ultimately was the catalyst and inspiration for my book and real change in my life. My father and I had gone through a five-year legal battle with the federal government that could have led to us losing everything we owned and spending the rest of our lives in prison. We had to go through a jury trial, and it was one of the scariest things I’ve ever done, if not the scariest. We ultimately were found not guilty on 10 of 11 counts, so we were not going to spend the rest of our lives in prison and after another six months of negotiating with the government, we didn’t have to forfeit everything we owned. We were innocent (even of the one count for which we were found guilty), and so many times people go to trial and lose, even when they are innocent. Our judicial system is designed to punish people and the government always has the upper hand. I knew we were very lucky not only to go to trial and prevail for the most part (even though I don’t agree with the one guilty conviction, the jury got everything else right so I can’t be angry with them), but we were also lucky and fortunate to have the means to properly defend ourselves, another thing that often people don’t have and the judicial system sadly is designed to put people at that disadvantage. When I walked out of the courtroom after receiving our verdict, I knew that I was determined and motivated to live my life differently and more positively and to stop putting myself in situations where I would have to “dodge bullets” and use my lessons learned as an opportunity for growth and to hopefully help others.

Today, Herrig volunteers regularly and has founded the nonprofit, Hopeful Tuesdays, to assist the homeless in her community. She and her family enjoy spending time in Alaska, helping to run the family business there and spending time hiking and fishing. A self-professed foodie, she’s frequently hosting dinner parties and delving into meaningful conversations with her close circle of friends.