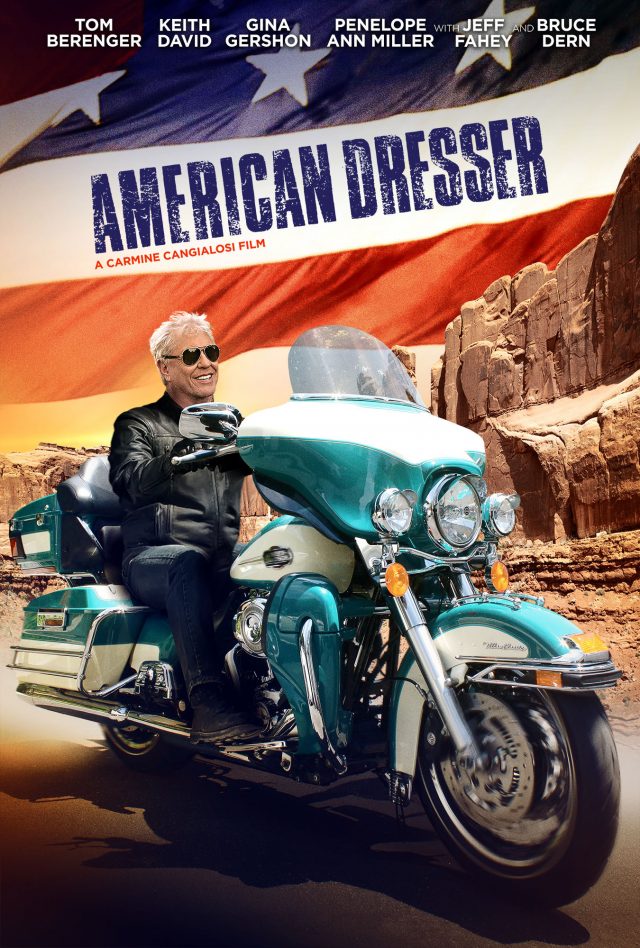 Hollywood, CA (The Hollywood Times) 09/17/2018 – American Dresser will open in theatres in on-demand September 21, 2018. Director, writer, actor and producer, Carmine Cangialosi’s film is about a recently widowed ex-Vietnam Vet John (Tom Berenger). John has learned a secret his deceased wife (Gina Gershon) kept from him and decides to fix up his old motorcycle and look for answers and sets out on cross-country road trip with his best friend, Charlie (Keith David). They hook up with a stranger (Carmine Cangialosi) after he fixes John’s bike before a barroom brawl ensues and the trio continue across the country meeting various characters along the way.

Carmine Cangialosi’a Willie resembles a young Sam Elliott in both demeanor and screen likeability but this age-old story of the drunken father looking to be a better dad comes off as a predictable episode of an old TV show rather than a revelatory tale of redemption, love and sacrifice. The story never takes the viewer in to feel enough to care about the characters. 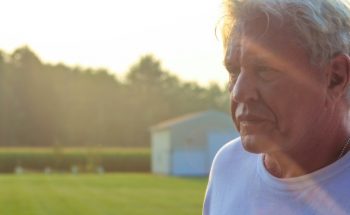 Bruce Dern and Penelope Ann Miller have cameo appearances in roles that are thwarted by the lack of development needed to make this a feasible movie ticket but diehard Tom Berenger fans will tune in and wish the actor had a more compelling if not challenging role to watch.

American Dresser is a safe movie in every aspect of the project at a time when taking chances or risks seems to becoming obsolete. 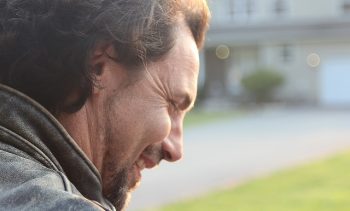