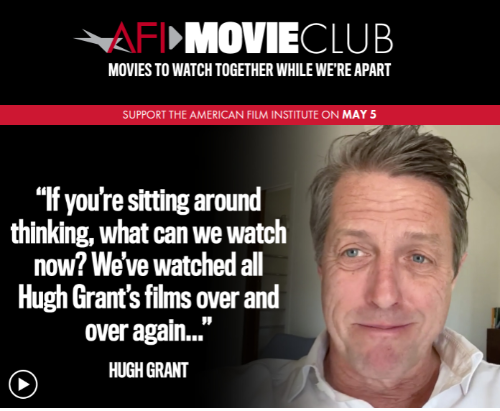 Hugh Grant announces today’s AFI Movie Club selection: ROMAN HOLIDAY. The film is ranked #4 on AFI’s 100 Years…100 Passions list of the greatest love stories of all time, and Audrey Hepburn is #3 on AFI’s 100 Years…100 Stars list of the greatest American screen legends. Gregory Peck and director William Wyler were recipients of the AFI Life Achievement Award in 1989 and 1976, respectively. 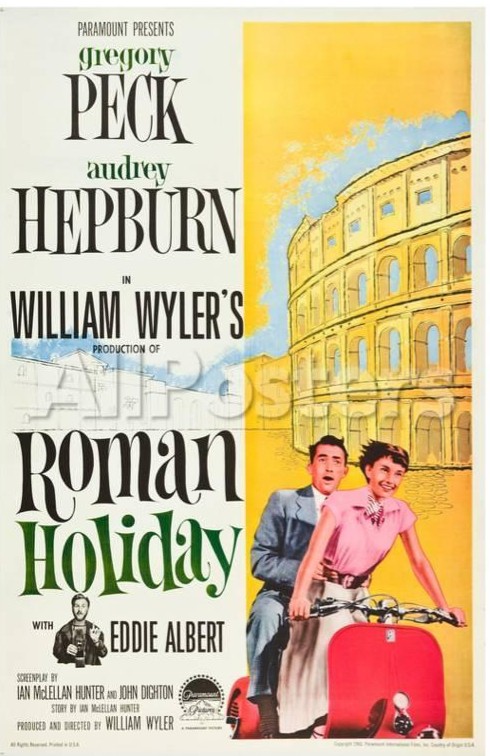 DID YOU KNOW? ROMAN HOLIDAY was written by Dalton Trumbo, but he was not credited onscreen. Trumbo was blacklisted as one of the “Hollywood Ten,” so Ian McLellan Hunter fronted his name on the script. A Best Writing Academy Award® was posthumously restored to Trumbo in 1993. In this exclusive AFI Archive clip, watch Vanessa Williams talk about the film and its timeless themes.

AFI Movie Club is a newly launched free program to raise the nation’s spirits by bringing artists and audiences together – even while we are apart. AFI will shine a spotlight on an iconic movie each day, with special guests announcing select AFI Movies of the Day in short videos posted on AFI.com and social media platforms. Audiences can “gather” at AFI.com/MovieClub to find out how to watch the featured movie of the day with the use of their preexisting streaming service credentials. The daily film selections will be supported by fun facts, family discussion points and exclusive material from the AFI Archive to enrich the viewing experience. Audiences can continue the conversation online using the hashtag #AFIMovieClub. Learn more at AFI.com and follow us on social media at Facebook.com/AmericanFilmInstitute,  YouTube.com/AFI, Twitter.com/AmericanFilm and Instagram.com/AmericanFilmInstitute.