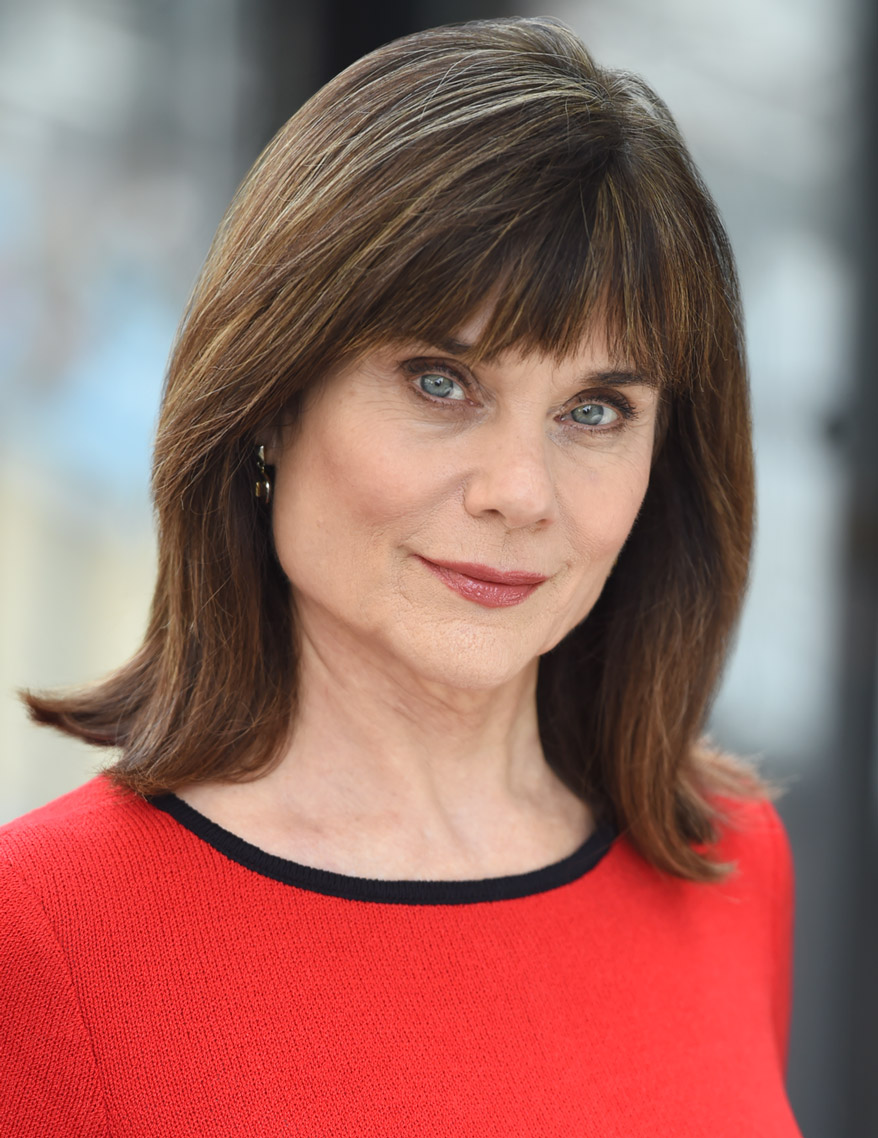 Los Angeles, California (The Hollywood Times) 08/25/2020 – Award winning actress and writer, Kristin Samuelson, has had a great year with her political pilot, Extradition. To date, she has won eight Best Actress or Lead Actor awards from various festivals, as well as Best Pilot, Best Writing and Best Plot Twist.

2020 has been a great year for you with your political pilot, “Extradition. What inspired you to write the pilot?

Creating a great story with fellow actors was the original goal. Anna Just and I wanted to devise a political drama to have roles that we felt were important for our resumes. Russian hackers had been in the news a lot, so I thought it would be fun to have one in our story. Being Ukrainian born, she was keen on using a Russian hacker as well. The story we created wound up being remarkably similar to actual events with Ukraine in 2019. I believe that helped Extradition a lot at several film festivals!

Your roles are often difficult women: strong, aloof, obnoxious, quirky, but unforgettable characters. Tell us about your role in Extradition where you have won 8 Best Actress or Lead Actor awards.

Senator Stromberg is perhaps a little bit of all of the above! I aimed to make her amazingly cordial and helpful, but hidden beneath that surface she’s forwarding her own agenda. Unknown to the audience until the very end, that information creates a big surprise. The senator definitely gets what she wants! As a matter of fact, both of the women end with power over the male hacker. I’d call it a feminist power play.

How did this role challenge you?

The most challenging part for me was conversing in the vocabularies of the Senate and the computer hacking world. I had researched all of this while I was writing, but then I had to memorize the script and get all these big words to sound like they were perfectly normal, everyday vocabulary for me. My years of being a musician paid off because I know how to practice a phrase repeatedly until it sounds natural. If the lines don’t flow or “make music” in a certain way, they aren’t ready for the camera.

That has to be the champagne bottle in the final scene! On our shoestring budget, we couldn’t afford numerous bottles to keep opening to get the scene the way we wanted it. So we rehearsed over and over with ginger ale to get the movement and timing down. Thank heaven we managed to open the bottle without any disasters and got the footage with one take, i.e. one bottle of champagne! I showed the label on camera and it was an obscure French vintage. Then the pouring of the champagne into three glasses presented other challenges. Toru Nishikubo, our Director of Photography, tried a few angles before we finalized that shot. We needed to see the senator pouring the champagne.

Riding the political wave, you have a powerful role in the upcoming dystopian thriller, “New World Order: Dark Prince. What intrigued you about this project?

I’m very excited to be working on this project. Written by Antoinette and Duane McCoy, the film focuses on an LAPD sergeant who finds himself in a world of increasing confusion and catastrophe. Much like the world today. My character is a National Security Advisor to the President of the US. So like Extradition, I’m in government affairs and have a powerful position. An ideal type for me! The McCoy’s run Legind Studios and the film will be directed by Duane at various locations in Arizona. 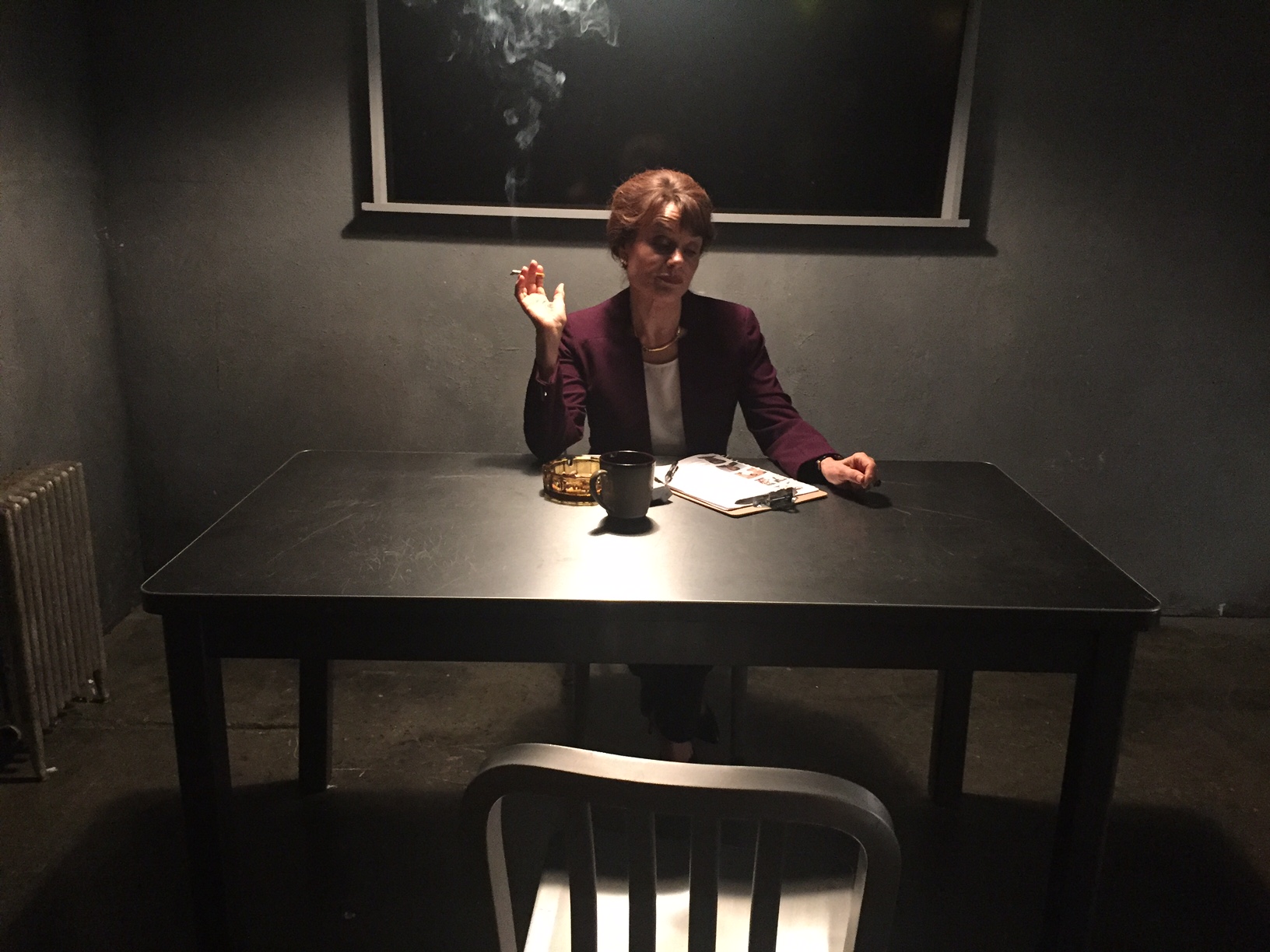 During quarantine, you shot a different type of film, “Fractured Love.” Tell us about it.

I never could have imagined doing this, but Fractured Love was totally shot on Zoom. During the quarantine, filmmakers got very creative in their spare time! What’s different about this project is that it’s a serious story, not humorous. Written and directed by New Yorker, Ajit Dias, I play a therapist doing couples counseling with a couple who are quarantined in separate residences. I have been cast as a therapist or psychiatrist on several occasions, so the role felt very natural.

A fun aspect of this project was the location of each member of the cast and crew. Mayalani Moes, the wife, usually in London was cloistered in Luxembourg, while Arun Singh, the husband, was in LA, and I was upstate NY in the Hudson Valley. The director, Ajit, was in NYC, while his advisor/assistant, Penny Bergman, was isolated in Hawaii (too bad!). Zoom made this all possible. Although it was my first project like this, I have a feeling there will be more films done this way in the future. We’ll see how it does on the festival circuit.

You are writing a comedy pilot about girlfriends, set in the desert with the terrific Actress Eve Austin. What are you enjoying the most? When should we expect it?

I am so excited to be working on a comedy! Don’t we all need some fun in 2020? It’s been such an unusual year. We have been brainstorming something that’s post-Golden Girls and really modern. I have an outline and am just starting to fill that in with some dialogue. It will mutate several times before we’re ready to shoot, but we know the two ladies are old friends with quite different lifestyles and approaches to life. And although they’re from the NYC area, they wind up in Las Vegas and both are attracted to the desert. For different reasons. I’m sure you can imagine some possibilities just from that much info! We hope to shoot by the end of the year. Wish us luck in getting it pulled off in 2020. Watch for the finished product in Spring 2021.

There’s a horror short in the works with another group of friends! Why not? We’re very early in the planning stages, but someone else will write this one and we’ll shoot in the Hudson Valley of New York State.

Meanwhile, some projects are starting to move forward in spite of the pandemic, so I’ve done a few auditions. Had a callback for a juicy lead role in a 30-minute film and a couple of other auditions for fantastic roles in films I’d be thrilled to be part of. Time keeps moving, so I’m sure I’ll have more news very soon!

Check out my IMDB page:  www.IMDB.me/KristinSamuelson.