When did you discover a passion for the Arts?

I’ve always had a very distinct sort of strange way of seeing the world and thinking about ideas. That sort of non-conformist mindset that almost makes you worried you’re too off-kilter. Now that I’m old I’ve realized it’s just an energy that needs an outlet, it’s a creativity that wants to be expressed. Storytelling has always been my passion, whether it be through writing or acting and now most recently, directing. It has been the alchemy I needed to deal with my overbearing emotions. 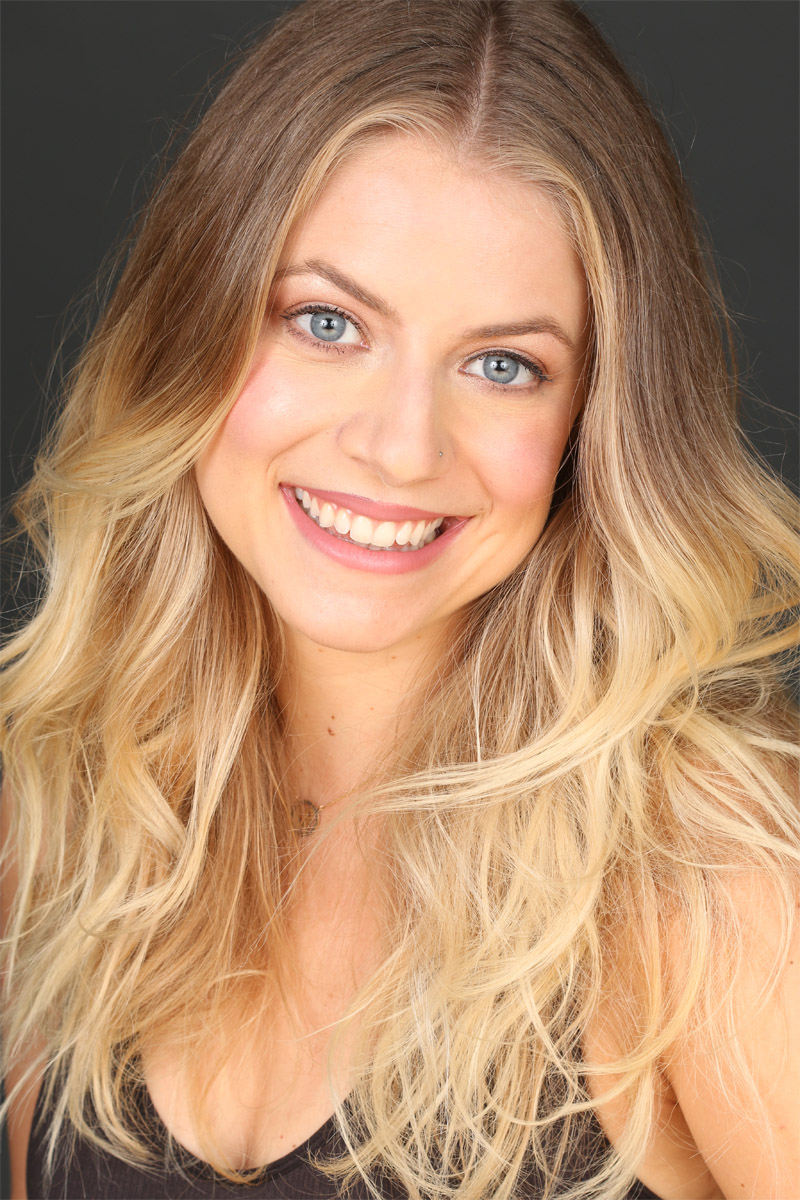 I grew up with a very Greek background in Long Island, New York and then jumped to Colorado for schooling at the University of Colorado at Boulder where I got my BA in Film. After a few extra years of fun in Colorado, I moved to Los Angeles to pursue a professional career in acting and was there for around five years. Until about a year and a half ago after shooting Sarah Q I moved back to New York to be closer to my family.

Being cast in “This Just In” was such a fun and amazing opportunity for me. I had just moved out to Los Angeles and it was the first thing I booked. We had two seasons on POP TV Network and I got to work with all of my friends. We were even nominated for a Daytime EMMY. It was just unbelievable for me to have so much happened so quickly.

It’s just so much fun for me. When I was younger I would love to play dress up and put on little plays with my friends for our parents. I love that I can still do that as an adult. I wouldn’t say there is one thing I love about acting because as I’ve gotten older it’s included so many other things. If you want a career you need to know yourself, you need to hustle and do office work as well. I love how much my passion for acting has challenged me to grow in so many different avenues and caused me to become a better, more well-rounded person.

Tell us about your role in the Daytime EMMY-winning TV show “The Bay.”

The director Gregori Martin was also directing “This Just In” at the time and I knew I wanted more experience being on set so I was actually a PA. I just wanted as much experience as I could get seeing how the wheels turn so that I could run my own set one day. The crew was also the same as “This Just In” and I remember everyone got a kick out of my demotion from star to gopher. There was some innocent hazing and lots of laughs. It was really fun and exhausting. I definitely prefer acting.

You co-star in the film, “SARAH Q” directed by John Gallagher. Why did you decide to take on this project?

Sarah Q tells the story of a young, innocent girl trying to navigate a career as an actress in New York City and all of the trials and tribulations that go along with that. My character Luna is in the conservatory with Sarah. Luna is the tough, savvy, local- almost trouble maker. She tries to help Sarah but things never really go according to plan. What drew me most to this project was the opportunity to work with John Gallagher. He’s a seasoned vet in New York City and I just wanted to learn as much as I could from being on his set. I also really enjoyed playing a bit of a badass, Luna is definitely the character foil for the innocent Sarah Q.

Tell us about “ALL MOBBED UP” what did you like most about this script? Did you have any challenges playing your role?

I really love the plot line for “All Mobbed Up” it’s very unique, I don’t want to give anything away, but it’s a revamp on the very traditional, mobster style film in a very non-traditional way and I just think that that’s so exciting. We haven’t started shooting yet, but, I can’t wait to reunite with Emmy James and some other friends who worked on Sarah Q with me.

I wrote and directed a short film where I was also the lead actress this Summer. Please excuse my ego! Actually, it was a very personal story that I had created for catharsis from a lot of things and I knew that I couldn’t let anyone else direct it. It’s called “Viscera” and it’s running the festival circuit right now. We just had our world premier in Chelsea at The Big Apple Film Festival. So I’ll be focused on that as well as turning it into a larger script for a feature film.

Can you tell us a little bit about Viscera?

Viscera is basically an accumulation of all of the heartbreaks I have ever had up until this point. It’s the story of a young women’s search for her subconscious drive. I feel that women today still have distorted views of themselves and who they think they should be. In Viscera, the lead character Alice is drawn to broken people because she is avoiding her own broken. Relationships seem to me to be mirrors to deeper truths about ourselves. Viscea, a trippy little film about self-realization and a young women’s nightmare in the face of something that she values more than herself- her relationship with her boyfriend Dakin (played by James Preston).