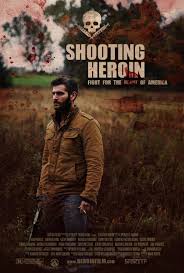 Garry Pastore: Middle child in a family of six. Born in Brooklyn NY lived on both coasts, now in NJ. Italian-American Dad and Irish – German mom

What is it about acting that resonates within your soul?

Garry Pastore: Being alone as a child quite often because mum was ill. I made up games and performances – A real attention-getter I guess.

What are you best known for?

Garry Pastore: I am usually cast as a Mobster or NYPD Detective.

You have been acting for over 35-years. What are the notable changes in the industry?

Garry Pastore: Don’t get me started! You really have to make your own destiny or you will forever remain in obscurity.

Tells us about your role in, “The Irishman.” 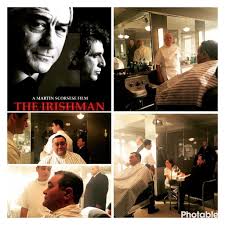 Garry Pastore: Marty shot 600 hours of film, I die within 10 seconds but he is a very notable character from the underworld

What roles interest you? What roles would challenge you as an Actor?

Garry Pastore: Obviously, anything non-mobster. Casting Directors really need to start thinking outside the proverbial box. Luckily I have been getting offered only roles and they have been the LESS STEREOTYPICAL roles that I am often brought in to audition for.

Tell us about the film, Crabs in a Bucket.

Garry Pastore: Here was an opportunity where I was cast without even meeting the director Paolo Pilladi (a very rare opportunity) I play a real estate mogul who turns his attention on gentrifying a downtrodden and predominantly old school, Irish American Neighborhood. My employee, (Jeremy Priven) is from that neighborhood and he must decide whether to stay the course with me or fight with his former friends and neighbors to knock down their beloved Gin Mill.

You just started the Netflix series, “Hit and Run.” Share a bit about your experience.

Garry Pastore: This is from the Israeli producing team that brought you FAUDA on NETFLIX and I was very excited to land this role because I loved the show so much and the writing is brilliant. I can’t say much about it at the moment but when I have more to share I will.

What has been a monumental moment in your film career?

Garry Pastore: Ouch! A tough one, if you can imagine, it’s only over the last say, four years my career has really turned the corner. Other than that I have been in over a hundred shows and the like but nothing I was able to hang my hat on.

Garry Pastore: Clint Eastwood. Gary Oldman. Giancarlo Esposito. In all honesty, more of my older long term friends I love the way we are able to work off each other. I love intense Actors. I am considered very intense and that is a great dynamic. I also adore doing comedy and it really comes off hysterical when I try not to be. It really has to be great writing and then I just run with it.

You are in the upcoming film, Shooting Heroin. Tell us about the film. Why is the timing right for this film.

Garry Pastore: The Heroin and Opioid Epidemic are at horrible levels and everyone knows someone that has lost someone, myself included. I play a lone Western Pennsylvanian Sheriff named Jerry Whalen, from a town that has a tragic heroin and opioid problem. When I can’t handle the influx of heroin and dealers the town folk take issues and matters into their own hands making the sensitive situation more dangerous for me and themselves. Spencer T. Folmer actually grew up in the town we shot the film in and where the story stems, it was so bad there one night there were 3 OD’s around the corner from where we were filming. I am hoping to take on an active spokesperson role on PSA’s about this horrific human crisis.

You are in the hit HBO television series, The Deuce. How is your role as Matty, “The Horse” Ianniello different from other roles?

Garry Pastore: Matty was based on a real character and although he was in the Genovese Crime Family he had such an interesting background. He was a Purple Heart Recipient in WW2. He opened the famous Stonewall Inn on Christopher Street in the village and he wasn’t gay, he just saw the need to give gay folk a place to hang out opening more than 50 gay bars across NYC and he helped bring The Beatles to America. His background was so interesting they should do a film or series about him, now that I could absolutely sink my teeth into! Hello Directors? Hello?

What is coming up for you?

Garry Pastore: I have a bunch of directors and producers with film projects that have recently shown interest in me doing a few days here and there. I also think it’s high time I lead a series, I obviously have the experience and the chops to do it and I am not getting any younger. These are the best times in life to be a character for an older gentleman. The maturity level, fatherhood, people and work experience can really mold who you are as an Actor.

You can follow me but ya better not poke me!! Ha, great talking to you. See you in the movies.