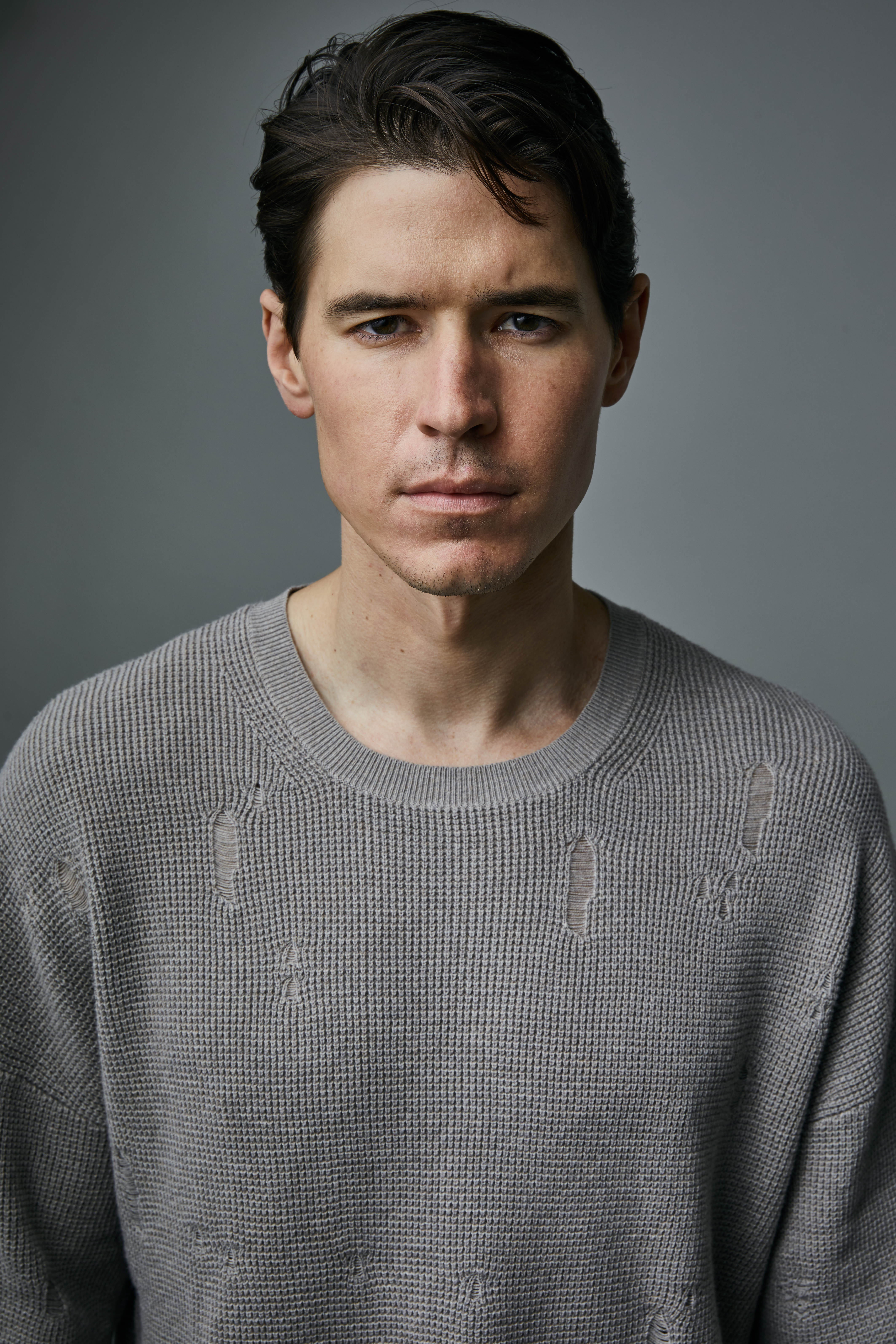 You are well-known for your guest-starring role on one of the most watched YOUTUBE Premium shows, ESCAPE THE NIGHT. Tell us about your role and what is intriguing about the show?

This was such an exhilarating project to be on. One of the most elaborate and impressive productions I have ever been a part of. Adam Lawson is such a genius and created this fascinating world. Transforming the set into a giant carnival town, as soon as you walk into it you transport into another dimension. I play one of the citizens of this mythical town, who was cursed by an evil witch and turned into bones. Luckily for me that I was brought back from the dead to help save the day. No big deal but, It was my first on screen death, I was so pumped. It was really special for me to be a part of this, mainly because I worked as a casting assistant for the previous season and was involved in the development side of things. So to be able to be on the other side of the camera and experience it first hand was so much fun. Huge shoutout to the Bok Creative casting office.

Did you always want to be an Actor?

You know, growing up it never really crossed my mind. I performed a lot at talent shows and school assemblies but never tried acting. I was very into sports mainly, that took up most of my time. But I always had a love for film and as I got older and my interests started to shift, I began to explore that more. Once I got to college I knew I wanted to work in entertainment and create the type of projects that had inspired me throughout my life. I had a few roles acting in small projects but it wasn’t until I graduated and I moved back home to LA then the bug really hit me. I was working as a PA but secretly had a desire to give it a shot, but was too afraid. Once I finally pulled the trigger and got into my first acting class, it was game over. 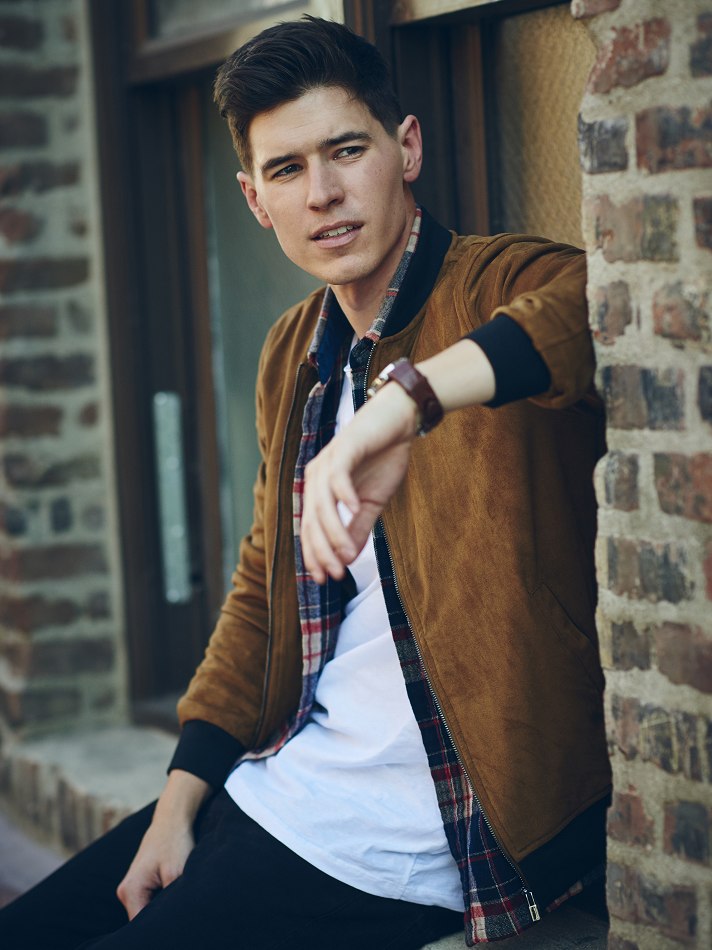 Tell us about “BOO.” What led you to this project?

BOO! This project holds a special place in my heart. BOO is about a young girl who struggles with the loss of her best friend, only to have her ghost come back for some “unfinished business” and ultimately help her move on with her life, very reminiscent to A Christmas Carol. I play one of the love interests who gets caught up in this scheme.

This was actually one that I found and submitted myself for. Writer/Director A.J. Berna did an incredible job creating such a funny and yet heartfelt story; I knew I had to be a part of it. It reminded me of all the classic High School comedies that I grew up watching.

This cast was amazing to work with, we all had such a blast filming. A.J. put a lot hard work and love into this project and it shows! It was accepted into three film festivals!

You are starring in the much anticipated Paramount new series, PARADISE LOST,” with Josh Hartnett, Bridget Regan, Nick Nolte, and others. Tell us about your role.

Paradise Lost is ultimately about a man, Yates Forsythe, returning back to his hometown, and the secrets he thought he had left for dead, coming back to haunt him. It showcases so many colorful characters, all with complex relationships and storylines. Nothing is as it seems. Yates is part of a very well respected family in the south and tries his best to uphold his family name. Unfortunately as a teenager, that can be rather difficult, and he is forced to make some lie-altering decisions. My role as the young Yates Forsythe is the vehicle and catalyst for all of those dark secrets, that eventually come back to life.

What do you enjoy most about acting? What roles would challenge you?

What I enjoy most about acting is it is constantly demanding more from me. You can never take a moment off or disconnect. It forces you to constantly grow as a person and take you out of your comfort zone. There is always something more you can do to help with your acting, whether it’s watching a movie, reading, going to a concert, meeting new people, traveling. Everything you do in life, you use in your acting. Sanford Mesiner says “It takes 20 years to become an Actor” because you need more life experience to pull from. And I love the idea that no matter where I am at in life, I can always do more to fill up my cup and bring it back into acting. It allows me to empathize and connect so much more with the people around me. All roles are challenging in their own way. I’ve worked on multiple characters where certain aspects just clicked and other aspects I really had to chip away at to find an understanding of their behavior or why they think or react the way that they do. People are very complex and it takes a lot of work to understand where they are coming from, but on the other hand, that’s the exciting part.

You have regular appearances on the Jimmy Tatro YouTube Series with over 3 Million subscribers. What is it about the YouTube series that interests you?

First and foremost, this was really my first introduction into acting. Jimmy and his writing partner Christian Pierce were friends of mine in college, and they really opened my world up to the possibilities of acting and creating. What started out as just a few friends filming a video, and seeing what they accomplished, really ignited a fire in me and made me want to do more. They created their series way before YouTube became what it is today and have stayed true to themselves throughout. Besides the fact that they were hilarious, all of their videos were so well written and relatable, it took off like wildfire. I think they are genius to come up with the amount of things they have for all these years. I was very lucky to be a part of it.

What has been your favorite role?

The role on Paradise Lost has been my favorite role hands down. It’s a dream to be able to fly to a new location and completely invest yourself into a project like this. As an Actor, you want to have a role that’s complex and deals with a lot of different emotions and struggles. It’s so much fun when you can show up to set and work on such diverse scenes and exotic locations. There was so much variety in the experience. One day you’re laughing, the next day you’re feeling the weight of the world of emotions and battling through it. It’s exhausting but afterwards it is always rewarding and fulfilling.

What is next on the scene for you?

I just released my own short that I wrote and directed called “Stunt Double” that I’m really excited about it. One thing I have learned is that you need to be proactive and make things happen for yourself, so writing and developing projects with my team has been crucial.