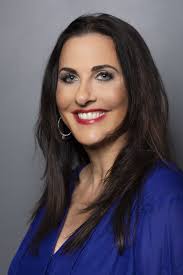 Los Angeles, CA (The Hollywood Times) 12/30/19 –  Melissa Berton is an Academy Award winning producer for Best Documentary Short (2019), for the film Period. End of Sentence. “In the week leading up to the Oscars, The Hollywood Reporter published anonymous opinions from Academy members about which films should win in every category. A self-professed “long-standing member of the director’s branch of the Academy” claimed that neither he nor any of his friends would ever vote for a film about periods to win an Oscar because that was just “too icky.” Well! We showed him. Obviously, that sexist squeamishness is just the attitude that needs to change.”- Melissa Berton 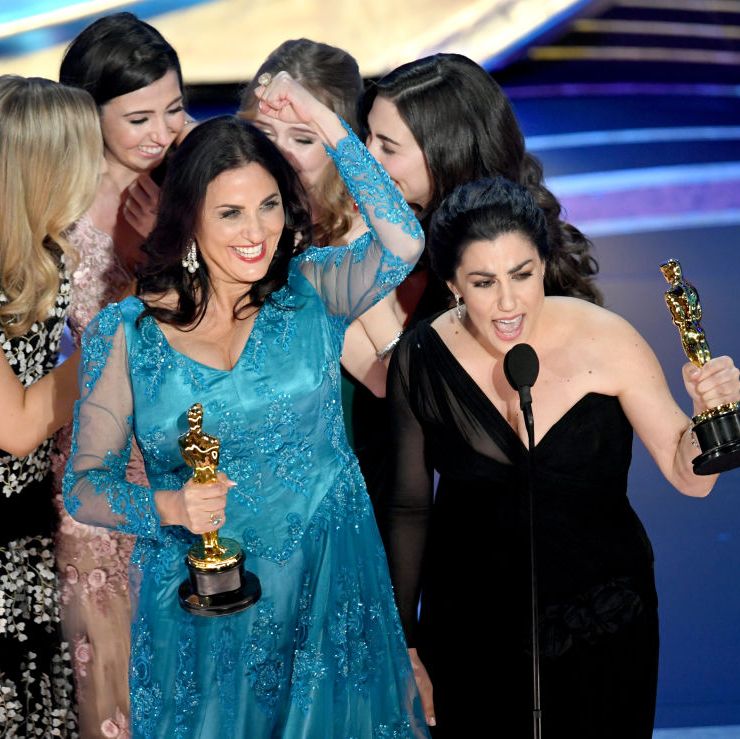 When did your love for writing begin?

My mom was always writing funny and clever verses for every occasion. Her neighbors and friends would call on her whenever they wanted one of “Debbie’s Poems” for a wedding toast, or birthday roast, or any special event. As a little girl, I loved to help her. Before long, we became a team. Of course, I wrote my own “serious” stuff as well–poems, plays, and later, screenplays–but some of my happiest memories involve sitting in the kitchen while dinner was cooking and thinking up rhymes with my mom.

How can writing change the “human condition?”

I think of the story of the Russian poet Anna Akhmatova, who was writing in the 1930s in the terrible years of the Stalin purges. She was standing in the freezing cold prison lines of Leningrad when someone recognized her and whispered in her ear:

“This. Can you describe this?”

Akhmatova answered, “Yes, I can.”

Writers bear witness, which is the first step to recording, then possibly changing, the human condition.

Who is your favorite Writer?

Oh, the impossible question! As a High School English teacher, I have the privilege of returning again and again to the same poets and writers I love. Every year, my students invariably ask: “Don’t you get bored reading the same books?” My answer is always “No.” The best writing reveals new meanings at every reading. I will never tire of Arundhati’s Roy’s devastatingly beautiful The God of Small Things (a novel that introduced me to India long before I ever dreamed I would go there), of Ralph Ellison’s Invisible Man, of Elizabeth Bishop’s Geography III, and so many, many more…

When you were younger. Did you believe that one day, you would make a difference in the world? What was your vision and how has it changed or how is it realized?

That sounds so grand! I’m afraid I can’t say that I ever woke up one day with some glorious vision of how I might make a difference in the world. That said, perhaps what is most important is that I didn’t think I couldn’t make a difference. I was lucky enough to have parents who made me feel that I could–and should–pursue any path in the direction of social justice.

Had you ever told me that I would one day win an Academy Award for a film about a sanitary pad-making machine, I would have never believed you. But I’m very proud that Period. End of Sentence. has sparked a global conversation about menstruation and made a difference for people around the world.

How did you make your break into producing? What is it about producing that inspires you?

I didn’t “break-in” so much as happen into it. We were just a group of students, their committed parents, and a teacher trying to raise awareness. A film needed to be made and things had to get done. Where would we put the machine? How would we raise the money? Who would direct? Through answering these questions we compiled a phenomenal team of producers including Garrett Schiff, Lisa Taback, and Guneet Monga, a brilliant director, Rayka Zehtabchi, and were able to partner with Action India (a Delhi based NGO) and the brave community of Kathikera.

I learned that the role of producing is essentially creative problem solving and making sure that people with varying backgrounds can come together and collaborate. What inspires me about producing is that while the challenges may seem insurmountable, passionate people sharing the same vision make the seemingly impossible possible.

Tell us about your journey with your Academy Award Winning short, Period. End of Sentence.

In 2013, I traveled with a group of my students to serve as delegates to the Annual Commission on the Status of Women at the United Nations in New York City. It was there that we learned about the plight of girls around the world, especially in low-income countries, who drop out of school with the onset of puberty due to a lack of access to affordable and hygienic menstrual supplies. At that same time, we learned that an Indian man named Muruganantham had invented a sanitary pad-making machine that would not only produce low-cost pads but would spur a micro-economy for the women operating the machine. My students and I determined on the spot that we would raise the funds to provide a machine for our sister school in India’s rural village of Kathikera. In addition, we decided that in order to raise awareness about this human rights issue, we would document the process on film. A tall order to be sure! My students and I fundraised, found an incredible team, and basically flew by the seat of our pants for the next six years. It was through clinging steadfastly to our beliefs in gender equity and equal access to education across the globe that we found ourselves taking the stage at the Dolby Theater in Hollywood when Period. End of Sentence. won the Academy Award for Best Documentary Short.

Share your experience in India. What did you notice first?

The first thing I noticed stepping off the plane in Mumbai was the COLOR. There are so many women in different colored saris everywhere you turn. It’s gorgeous! Between the sights, the smells of the spice market, the sounds of the temple bells, the tastes and the textures, nothing inhabits all of the senses like India.

Have you always been a Champion for women?

It’s funny. I have never thought of myself as a champion for women, but my sisters always tease me for something I did when I was around ten: At Passover, seder families will traditionally read from a special prayer book called the Haggadah. When I discovered that G-d was always described as a “he,” I became enraged. I took a pen and changed all of the “he’s” to “she,” and I added “foremothers” to “forefathers” wherever they were mentioned. It wasn’t that I needed G-d to be a female, but I couldn’t brook the notion that G-d had to be a male. If young boys could identify with a G-d of their gender, why shouldn’t young girls have that power, too?

When filming, what challenges did you face?

Filming a documentary about a topic as intimate as menstruation would be difficult in any community, much less a small village in India. The social workers of Action India acted as our intermediaries, traveling to Kathikera many times for a couple of years before our crew even arrived. Thanks to the Action India team, the trailblazing women we meet in the documentary were all open to the intimate filming process. You can see the value of that connection in the final project.

What is the “Pad Project?” How can we get involved?

The Pad Project is a nonprofit organization dedicated to the principle that “a period should end a sentence, not a girl’s education.” I founded The Pad Project with my High School students in 2013. All over the world, particularly in low and middle-income countries, girls drop out of school due to a lack of access to affordable and hygienic menstrual products. Fifty percent of the world’s population experiences menstruation. The Pad Project’s job is to make sure that one hundred percent has the tools to manage it.

Our mission is to create and cultivate local and global partnerships to end period stigma and to empower women worldwide. We encourage everyone to get involved by following us on social media, donating, and discussing menstruation openly to end period stigma. Please check our sites for updates on our partnerships around the world, including Afghanistan, Sierra Leone, and Uganda.

Share your philosophical approach to the issue behind the importance of menstrual health.

If the natural biological process of a period is stigmatized, it prevents menstruators from participating as full and equal citizens in their communities. Therefore to achieve menstrual equity, we first and foremost must stop making periods a source of shame and instead recognize them as a source of strength.

What actions would you like to see Hollywood take in 2020 to promote menstrual health and education?

In the week leading up to the Oscars, The Hollywood Reporter published anonymous opinions from Academy members about which films should win in every category. A self-professed “long-standing member of the director’s branch of the Academy” claimed that neither he nor any of his friends would ever vote for a film about periods to win an Oscar because that was just “too icky.” Well! We showed him. Obviously, that sexist squeamishness is just the attitude that needs to change. Too often, in movies and on TV, we see the befuddled boyfriend in the mini-mart blushing with embarrassment as he has to (Heaven forbid!) buy a box of tampons for his girlfriend. The blood in Scarface is no problem, but a little period blood? “Too icky.” We want 2020 to be the year of proud menstruator!