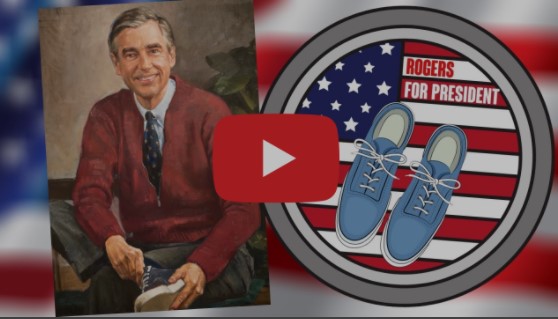 NASHVILLE, TENN. – (September 10, 2020) –  Abraham Lincoln said, “Kindness is the only service that will stand the storm of life and not wash out.” That is also the sentiment of Mister Rogers, who in simpler terms, encouraged us to “Be Kind.”  These two minds meet by way of a fantasy video in which Mister Lincoln endorses Mister Rogers for President. Vote online at thankyoumisterrogers.com/mister-rogers-for-president/. 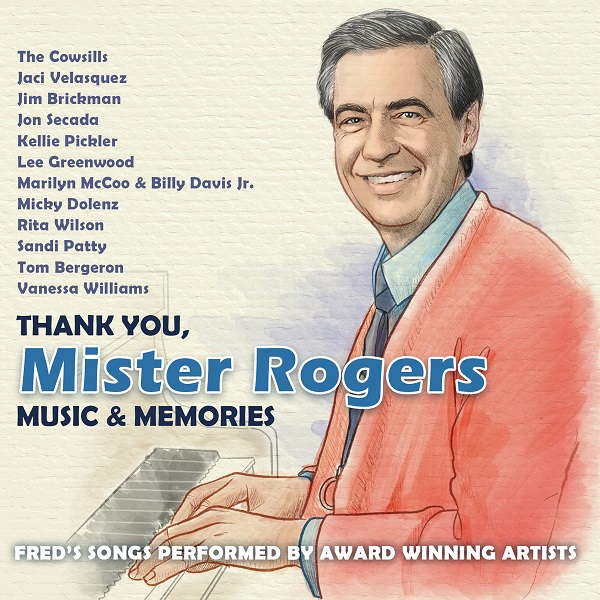 “We can only imagine what the world would be like if Fred was president. My guess is that he would rather be remembered as a songwriter – and deservedly so.” shared Dennis Scott.

Actress/singer Rita Wilson whose husband Tom Hanks brought Mister Rogers to the big screen observed, “Mister Rogers melodies and lyrics were beautifully integrated together. If I met him today, I’d probably give him a big hug.”

The album delivers surprises to listeners as Jon Secada performs the first Spanish version of “Won’t You Be My Neighbor” and TV personality Tom Bergeron not only sings, but is also an expert whistler, among other hidden gems.

With over two hundred composed songs, Fred Rogers would undoubtedly insist on having a piano in the White House. Producer Scott is simultaneously spearheading a campaign to get Fred Rogers nominated to the Songwriters Hall of Fame. Anyone can vote by going to www.ThankYouMisterRogers.com and, while there, can check out songs and videos from the new album.

About Thank You Mister Rogers – Music and Memories:
The rebirth of interest in Fred Rogers, which includes the Tom Hanks film, has inspired a unique musical tribute that celebrates the musical side of the man known as “America’s Favorite Neighbor.” It’s a newly recorded collection of Fred’s songs called Thank You, Mister Rogers – Music & Memories. The album is the recipient of the coveted Parents’ Choice Award and Family Choice Award. It also received  a nomination for a Libera Award from the American Association of Independent Music. Providing delightful listening for the whole family, the album embodies unforgettable performances by award-winning artists performing re-imagined renditions of Fred Rogers classics as well as uncovered gems from his 200-plus catalogue of songs. The cast includes Kellie Pickler, Vanessa Williams, Rita Wilson, Lee Greenwood, The Cowsills, Jaci Velasquez, Jim Brickman, Jon Secada, Marilyn McCoo & Billy Davis, Jr., Micky Dolenz, Tom Bergeron, and Sandi Patty. Significantly, Wilson joins her husband Tom Hanks “in the Neighborhood,” by way of singing a Fred Rogers song on this album while Hanks portrays the children’s television pioneer himself in the upcoming biopic. Thank You, Mister Rogers – Music & Memories is available on CD, digital platforms and wherever music is sold! View the album trailer here.