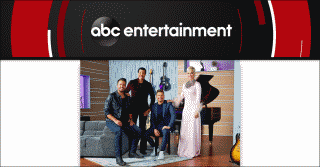 “206 (Hollywood Week)” – “American Idol” heads to the heart of Los Angeles for its renowned Hollywood Week rounds, as the search for America’s next superstar continues on The ABC Television Network, SUNDAY, MARCH 24 (8:00–10:01 p.m. EDT), streaming and on demand. In Sunday night’s episode, tensions are high as this year’s crop of hopefuls battles it out in solo and group round performances from the famous stage of The Orpheum Theatre. Helping to guide them through the rigorous week is “American Idol” in-house mentor Bobby Bones. Don’t miss phenomenal performances from returning fan favorites, an emergency trip to the hospital in an ambulance and a special moment when one lucky contestant receives a heartfelt gift from Luke Bryan.