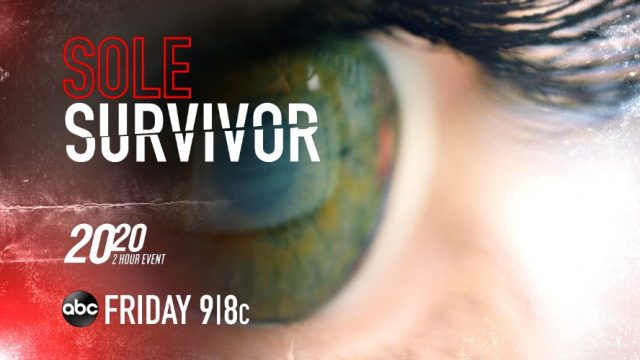 Woman Opens Up About Learning Truth at Age 15, Having Serial Killer Take Her from Mother’s Arms and Growing Up with His Family

Lisa Stasi and her 4-month-old daughter, Tiffany, mysteriously vanished in Kansas City, Missouri in 1985. When police charged serial killer John Robinson in 2000 with murdering multiple women, including Stasi, they began piecing together what happened to the lost infant. They discovered John took Tiffany, forged adoption papers and gave her to his brother and sister-in-law who, knowing nothing of the true circumstances, though it was a legal adoption and renamed her Heather Tiffany Robinson. Now, almost 20 years since Heather learned her real identity, she is finally ready to tell her story and breaks her silence to “20/20” Co-anchor Amy Robach. She opens up about finding out the horrific truth at age 15; her uneasy feelings about her serial killer uncle growing up; and life now, including her quest to find out what happened to her biological mother. “20/20” airs on Friday, Oct. 4 (9:00-11:00 p.m. EDT) on ABC.

The two-hour program features Heather’s exclusive and emotional conversation with her adoptive father, Donald Robinson, who discusses his belief at the time that her adoption was legitimate and learning about his brother’s horrific crimes. “20/20” cameras also exclusively document Heather and her husband, Roberto Ramos, as they travel to Kansas, Missouri and Tennessee to investigate her birth mother’s past and as she meets Rick Roth and Dave Brown, former Lenexa, Kansas, detectives who worked on John’s case; Paul Morrison, former district attorney who prosecuted John in Kansas; as well as her step-grandmother, Sara Elledge, for the first time. “20/20” is also with Heather as she searches to find out how her mother vanished and where her remains may be and visits the site of the motel where it is believed she was last with her mother and where Stasi was last known to be alive. “20/20” also features audio of a call a victim’s mother made to John and a letter that surfaced during filming, allegedly from Stasi to a family member, claiming she is still alive.

John masterminded many scams and preyed on women in Kansas and Missouri, evading police for 15 years while maintaining a public image as a good father and grandfather, involved in his church and community. But his façade came crashing down when police arrested John at his home on theft and sexual battery complaints. When police searched a property he owned elsewhere in Kansas, they found the bodies of two missing women in large barrels and later more bodies in a storage unit. A jury convicted John of three murders in Kansas, and he received the death sentence. John pleaded guilty in Missouri to the murders of five more women and received five life sentences without parole. John is currently on death row in Kansas and is appealing his death sentence. Stasi’s and two other victims’ bodies have never been found.