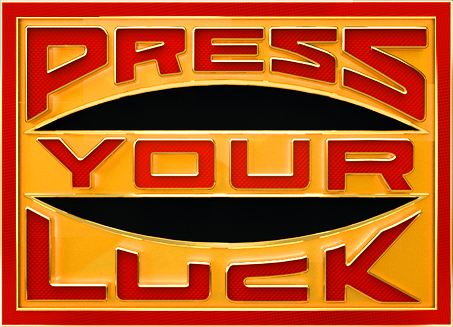 ELIZABETH BANKS TO HOST THE RETURN OF ‘PRESS YOUR LUCK,’ PREMIERING WEDNESDAY, JUNE 12, ON ABC

ABC Entertainment and Fremantle announced today that multihyphenate star Elizabeth Banks can now add game show host to her acting, directing and producing credits. Banks is set to host the return of “Press Your Luck,” a game of wits, strategy and even higher stakes as contestants try to avoid the iconic and devilish WHAMMY for a chance at life-changing cash and prizes. “Press Your Luck” premieres WEDNESDAY, JUNE 12 (8:00–9:00 p.m. EDT), on ABC.

“Elizabeth Banks is exactly the type of woman we want on ABC – she’s a big star who’s smart, strong and funny,” said Karey Burke, president, ABC Entertainment. “She has everything we need as the host of ‘Press Your Luck,’ one of our signature summer game shows. If anyone can ride herd on the Whammy, it’s Elizabeth!”

During each game of “Press Your Luck,” three contestants compete against each other answering questions to earn spins on the Big Board. Contestants then use their spins to win cash and prizes while trying to avoid the WHAMMY, who could take all of their winnings and leave them with nothing. The winning contestant moves on to the All-New Bonus Round to face the WHAMMY in a final battle for the chance to win a fortune.

“Press Your Luck” is produced by Fremantle. The show is executive produced by Jennifer Mullin, Elizabeth Banks, Max Handelman and John Quinn, who also serves as showrunner.

For more information on “Press Your Luck,” visit abc.com.

Fremantle is one of the largest and most successful creators, producers and distributors of scripted and unscripted content in the world. A global entertainment powerhouse, Fremantle has an outstanding international network of production teams, companies, and labels in over 30 countries. Fremantle produces more than 12,000 hours of original programming, roll out more than 60 formats and air 450 programs a year worldwide. The group distributes over 20,000 hours of content in more than 200 territories. Fremantle is also a world leader in digital and branded entertainment, with more than 300 million subscribers across 1,400 social channels and over 100 billion views across all platforms.

Fremantle is part of RTL Group, a global leader across broadcast, content, and digital, itself a division of the international media giant Bertelsmann.