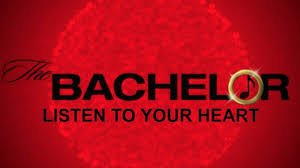 ABC ANNOUNCES SIZZLING NEW ADDITION TO ITS HIT BACHELOR FRANCHISE MUSIC AND ROMANCE UNITE ON ‘THE BACHELOR: LISTEN TO YOUR HEART,’

The power of love knows no bounds as ABC further expands its hit-making Bachelor franchise with an all-new Bachelor Nation series, “The Bachelor: Listen to Your Heart,” set to premiere MONDAY, APRIL 13 (8:00-10:00 p.m. EDT). This new project is announced on the heels of a successful summer run, with “The Bachelorette” ranking as summer’s No. 1 TV series among Adults 18-49, and “Bachelor in Paradise” finishing as Monday‘s No. 2 series of the summer, behind only “The Bachelorette.”

“The Bachelor: Listen to Your Heart” unites two of the most emotionally powerful forces in human life: music and love, as 20 single men and women embark on an incredible journey to find love through music. Singing well-known songs, both individually and as couples, they will look to form attractions through the melodies, find and reveal their feelings and ultimately, fall in love.

The eligible bachelors and bachelorettes will meet and explore their relationships while living together and going on Bachelor-style dates that focus on music. Once the couples commit to each other, it will be time to take their relationship to the next level. The harmony of the couples will be tested through musical challenges, including live performances judged by some of the biggest names in the music business. Ultimately, the couples whose performances reveal their love and devotion to one another will continue to be given a chance to further their relationships until only one couple is left standing.

Warner Horizon Unscripted Television is one of the entertainment industry’s leading producers of primetime reality series for both network and cable. A division of Warner Bros. Unscripted & Alternative Television, led by Mike Darnell, Warner Horizon’s Unscripted slate includes “The Voice,” “Little Big Shots” with Melissa McCarthy, the Ellen DeGeneres-hosted “Ellen’s Game of Games” and the upcoming “Ellen’s Greatest Night of Giveaways” for NBC, plus “The Bachelor” franchise, which includes “The Bachelorette,” “Bachelor in Paradise” and the upcoming touring version “The Bachelor Live on Stage,” as well as digital and podcast extensions of the long-running franchise.

ABC programming can also be viewed on demand and on Hulu.