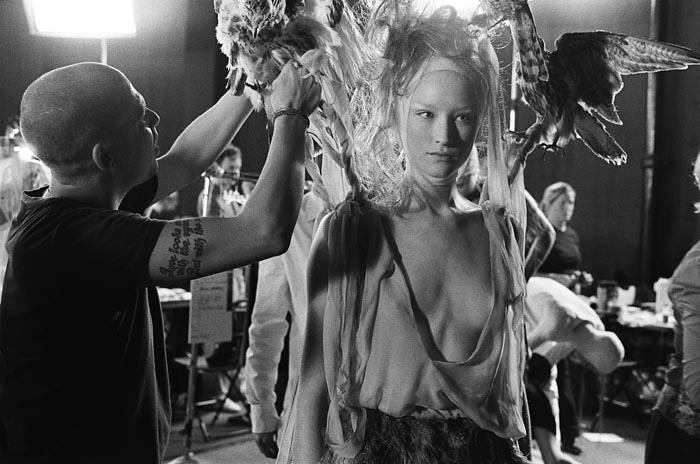 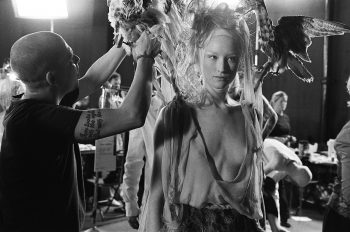 Los Angeles, CA (The Hollywood Times) 6/15/18 – Even if you don’t know Alexander McQueen from Steve McQueen… or that other Steve McQueen… you will still be captivated by this emotionally wrenching and visually stunning biography of the doomed fashion designer. Think of it as a companion piece to Amy, the 2015 documentary about the late singer Amy Winehouse, but substitute dresses for songs. Because the runway was McQueen’s stage, and his fashion shows were his performances.

Lee Alexander McQueen was a chubby kid from London’s downmarket East End, a cab driver’s son who left school at 16 to apprentice in a tailor’s shop. Yet this “shabby, unprepossessing boy,” in the words of a mentor, turned out to be a genius with a needle and thread. He talked himself into art school, and used his dole money (unemployment insurance) to buy fabric for his first runway show. At 22, he was the most acclaimed fashion designer in Great Britain. At 40, he was dead by his own hand. 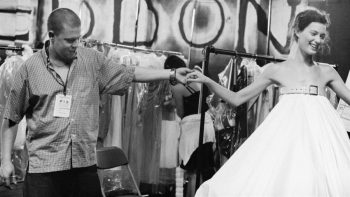 Using news footage, home video and interviews with colleagues, lovers, family and McQueen himself, co-directors Ian Bonhote (American Honey) and Peter Ettedgui (Listen to Me, Marlon) trace the ascent and descent of this comet, and do it with the same elegant beauty McQueen brought to his own work.

In the 1990’s, McQueen put sex, drugs and rock’n’roll into haute couture.  “Fashion is a big bubble and sometimes I just feel like popping it,” he said. “I want heart attacks [at my shows.] I want ambulances.” In fact, the set did catch fire at one of his collection debuts. He let it burn. The runway shows are the most exciting parts of McQueen, just as the singing was the most exciting part of Amy.  The best part of any artistic genius, after all, is their art. McQueen’s shows, featuring some of the most beautiful women in the world, were dark, disturbing, and highly controversial. “I would pull these horrors out of my soul and put them on the catwalk,” he said. His collections had names like “Jack the Ripper Stalks his Victims” and “Highland Rape.” They were set in padded cells and wind tunnels.

McQueen was obsessed with “beauty that disturbs and fascinates,” and the filmmakers do the same with the documentary. Told in increasingly Gothic chapters, framed by elegant skull imagery and set off with a terrific score by Michael Nyman (The Piano, Gattaca), who knew McQueen personally, the documentary is not quite warts-and-all (an HIV diagnosis is barely mentioned, and romantic relationships all but ignored) but it is no hagiography, either. It is an intimate portrait of a complicated and difficult artist that will leave you wishing McQueen was still around to make more clothes.