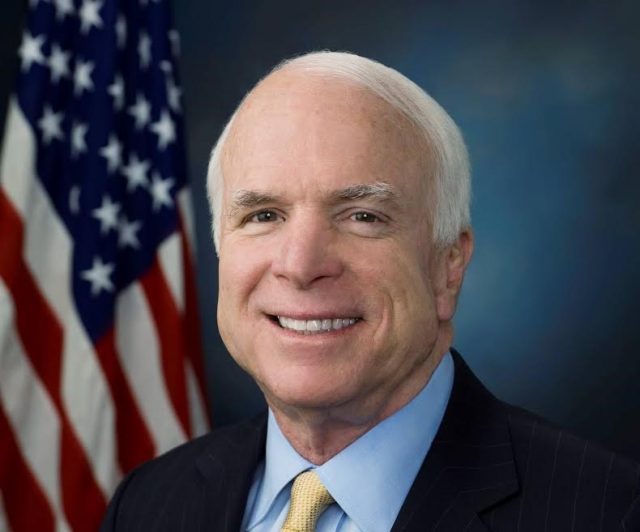 Seattle, WA (The Hollywood Times) 8/27/18–Senator John S. McCain exemplified what it is to be American, not just because was a naval officer or because he was a POW. John McCain was a man who gave of himself over the needs of others.  He suffered for 5 years, fought hard against all odds and yet, he persevered. He was able to break through barriers that existed on the other side of the aisle in Congress and rebuilt bridges where they were broken.

John McCain was the Republican of old. There is no one left in either house of Congress with the same spine, courage, dedication, honor, and love for our country that he possessed.  He is a role model for adults and children alike; for what he believed in was ‘us’, America, the greatest country in the world, but we can lose it all if we forget why we ‘are’ American’s. We are a nation of immigrants, come from across the sea, that ‘took’ the land of the native people that were here before us. This time, instead of taking, we give; instead of destroying, we build; instead of hating, we love.  John McCain is the epitome of a true American Hero.

My favorite quote from the late John Sydney McCain is: “Glory belongs to the act of being constant to something greater than yourself, to a cause, to your principles, to the people on whom you rely and who rely on you.”