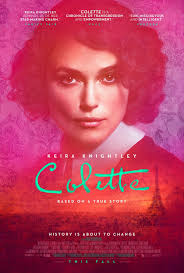 Beverly Hills, CA  (The Hollywood Times) 9/21/18 – Colette, the story of celebrated French novelist Sidonie-Gabrielle Colette, is a biopic of her life from the beginning of her marriage to the much older Willy to the day she leaves him forever.  In doing so, she becomes one of the first female authors to successfully break through the glass ceiling forced upon her by men. 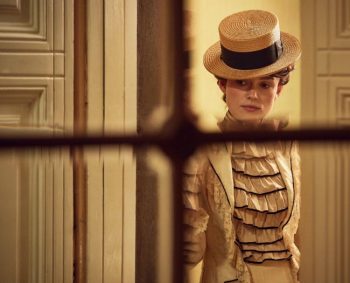 Keira Knightley is beginning to tread into the territory of cliché by taking on yet another period character.  But her track record lends a degree of trust that Keira more than lives up to in this role.  Crossing some daring lines in the process, Keira presents a real woman from history whose recognition is long overdue.  Dominic West (The Wire, Tomb Raider) expertly plays the role of Colette’s husband.  A writer and successful businessman himself, he is a man quite openly accustomed to the privileges of his money and gender.  Then, the best of the supporting roles was that of Missy, played by Denise Gough.  A rising performer, Denise brilliantly plays a 19th century version of a trans-man.  The intelligence, savvy, and confidence of her character is so beautifully displayed through her physical actions as much as her dialogue.

At a time in our society when all such subjects are being discussed more than ever, this film explores homosexuality, androgyny, and women’s empowerment all at the same time.  All are presented with pure honesty and no judgment by director and co-writer Wash Westmoreland who, 4 years ago, wrote and directed Still Alice which won Julianne Moore an Oscar for Best Actress.  Now, this newest true-life hero to be reintroduced to our wider world now depends on the movie-going public to embrace her like they did Julianne Moore’s character.  With cautious optimism, one looks forward to Colette becoming the next film to open our hearts and minds just a little wider.