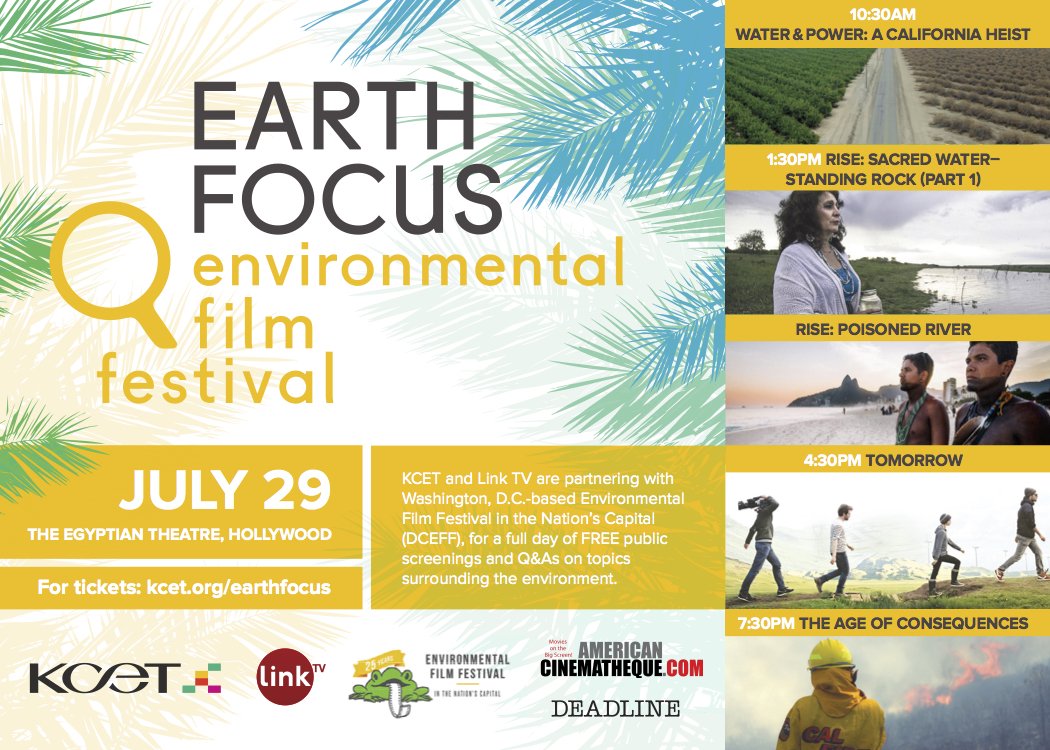 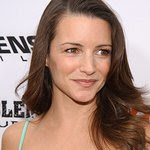 Partnering closely on the event is the Washington, D.C.-based Environmental Film Festival in the Nation’s Capital (DCEFF), which for over 25 years has been the world’s premier showcase of environmentally themed films.

The Earth Focus Environmental Film Festival is also in partnership with American Cinematheque and sponsors that include Green Wish, a grassroots nonprofit that helps other local nonprofit green organizations fund projects for their communities, and Deadline.com, the media sponsor for the festival.

KCETLink’s EARTH FOCUS ENVIRONMENTAL FILM FESTIVAL kicks off on July 27 with an opening night advance screening of “An Inconvenient Sequel: Truth to Power,” directed by Bonni Cohen (Audrie & Daisy, The Rape of Europa) and Jon Shenk (Star Wars: Episode I – The Phantom Menace, Audrie & Daisy). A decade after An Inconvenient Truth brought climate change into the heart of popular culture, comes the riveting and rousing follow-up that shows just how close we are to a real energy revolution.

Vice President Al Gore continues his tireless fight traveling around the world training an army of climate champions and influencing international climate policy. Cameras follow him behind the scenes – in moments private and public, funny and poignant — as he pursues the inspirational idea that while the stakes have never been higher, the perils of climate change can be overcome with human ingenuity and passion. Cohen and Shenk will discuss the film at a post-screening panel moderated by film expert Hammond.

An active philanthropist, actress Kristin Davis has had the honor of dedicating her time and efforts to serving as a Patron to the David Sheldrick Wildlife Trust since 2009 and is also a Goodwill Ambassador for UNHCR, the UN Refugee Agency. Pairing her passions for philanthropy and film, and with the goal of sharing what she has been lucky enough to witness first-hand, Davis executive produced the 2015 documentary Gardeners of Eden which shows the operations of the David Sheldrick Wildlife Trust from the front lines of the elephant poaching crisis.

Davis screened the film for the US State Department and on Capitol Hill to give lawmakers a greater understanding of the need to ban ivory within the United States to prevent elephant extinction. The film was nominated for an EMA Award for Documentary Film and was a finalist for the prestigious Peabody Award. Gardeners of Eden is currently available on iTunes. Davis is best known in her professional career for her award-winning role as Charlotte on Sex and the City.

Five pair of tickets will be given away to the opening night screening event “An Inconvenient Sequel: Truth to Power” via facebook.com/kcet28. Go to www.kcet.org/earthfocus for details.

Motev, an environmentally conscious car service, will have a Tesla on display. Take a selfie with it and make sure to tag #MotevLA and #KCETgreen. More information on The Egyptian Theatre and American Cinematheque can be found at www.americancinematheque.com.

The schedule (subject to change) is as follows:

• 4:30 p.m.: “Tomorrow” (2 hours)
Introduction by actor/filmmaker Raphael Sbarge (Green Wish Founder) / Q&A with
Ignacio Fernandez (Environmental Economist at Climate Resolve) and Eli A. Kaufman (Creative Director, River LA). Moderated by Kim Spencer (Link TV Co-Founder).
Not just a film, but the beginning of a movement seeking to encourage local communities around the world to change the way they live for the sake of our planet.

Each of the films included in the film festival will be augmented by original content published on KCET and Link TV’s web sites at kcet.org/earthfocus and linktv.org/earthfocus. Additionally, visitors to the websites will be given the opportunity to participate in Los Angeles Mayor Eric Garcetti’s Sustainable City pLAn which was announced on April 8th, 2015. The pLAn sets forth a path to transform Los Angeles by creating a cleaner environment and stronger economy, while ensuring equity for all Angelenos, and outlines actions within various categories ranging from local water and carbon and climate leadership to preparedness and resiliency and environmental justice. To reach the targets in the pLAn, the Mayor is calling upon organizations, universities, neighborhood councils, community groups, businesses, and individual Angelenos to commit to “Adopt the pLAn” into action. Since the release of the pLAn over 60 organizations, companies and individuals have made commitments to “Adopt the pLAn” into action.

The EARTH FOCUS ENVIRONMENTAL FILM FESTIVAL is part of KCET’s “Summer of the Environment,” which offers a robust library of content on multiple platforms intended to ignite compassion and action for helping to save and heal the planet.

JD Shelburne Talks about his Latest Single, “Bottoms Up Sundown”