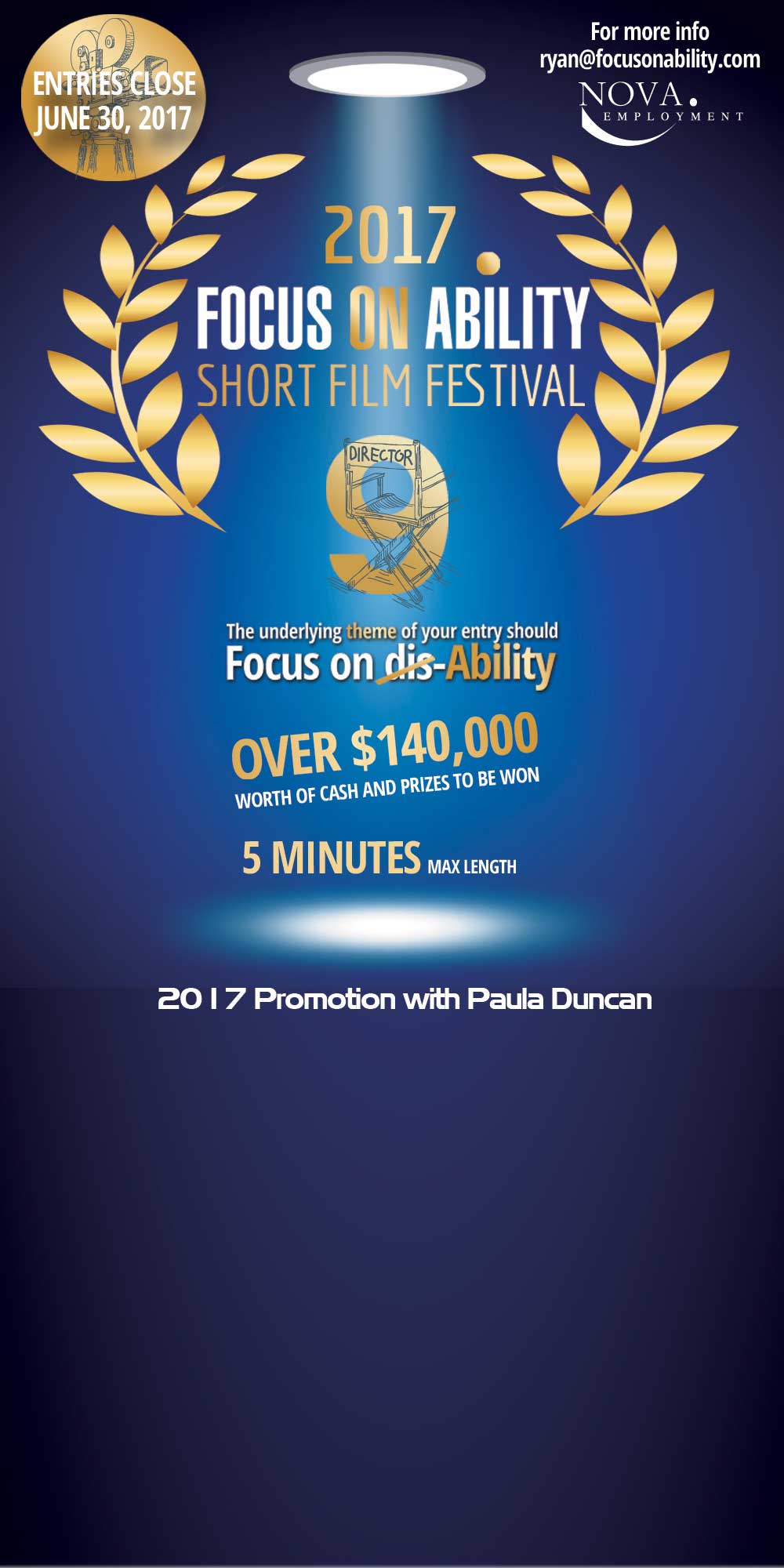 WHITNEY’S WEDDING is a finalist in the
NOVA Employment 2017 Focus On Ability Short Film Awards in Australia and eligible for the International Award through on-line voting.

In their ninth year, the Focus on Ability (FOA) Awards is designed to encourage film
makers to focus on the ability of people with disability. They certainly do that!

In truly international spirit, last year’s winners came from Uganda and Sri Lanka. As
you’ll see, the competition is strong!

The winner of the international section receives:
The Australian Experience – 2 return airfares to Australia to attend the Focus On
Ability Red Carpet Awards on the 6th September, 2017, plus 2 weeks accommodation
at Rydges Sydney Central and $1500 spending money.

About Focus On Ability:
This year’s FOA competition hit a record number of 209 entries, including 101 school
entries and 53 international films. Following successful screenings last year in New
Zealand, New York and Zimbabwe this year the competition received entries from a
record number of countries (19), including, for the first time, Ethiopia. More info.
There’s also a prize for the most online votes. If our local community gets behind me,
I might win the Most Online Votes!
Voting starts 25 July and concludes 7 August: http://www.focusonability.com.au/
Every day during voting, voters go in the running to win a $50 iTunes voucher, but
you can only vote once in each category. The five categories are:
• Australia & New Zealand Schools Documentary
• Australia & New Zealand Schools Short Film
• Australian Open Documentary
• Australian Open Short Film
• International Award.

Quote from Martin Wren, CEO NOVA Employment: (FOA was his big idea!)
‘FOA gives us fantastic insight into how society’s attitudes are changing towards
people with disability. Not just Australian society, but around the world. I don’t think
you can fail to be impressed and inspired by taking ten minutes to see a couple of
FOA films.’
For questions or more information, please contact: John Lawson 513-290-6763